Chris Weidman, one of Stephen “Wonderboy” Thompson’s main training partners, joked that the last place he’d ever want to be is standing across the Octagon from Thompson in an actual fight.

“Across the Octagon from Wonderboy? You scared me,” Weidman said. “(When I fight Wonderboy) it’s just training.”

The former middleweight champion obviously doesn’t fear any fighter, but Thompson presents a perplexing puzzle for any fighter in the welterweight division to try and solve. Just ask Johny Hendricks – the former 170-pound champ – who got knocked out by Wonderboy in under a round.

Thompson is the only man to finish Hendricks in his professional career.

“Wonderboy is trouble for everybody,” Weidman said.

The former title challenger is coming off one of the best and most memorable fights in UFC history against Robbie Lawler. Many have questioned whether he’ll ever be the same after all the punishment he took and dished out in that epic war.

But MacDonald thinks it changed him for the better.

“I feel different,” MacDonald said. “I feel like it made me more animalistic and more hungry to be a fighter – to train like one and be a beast.”

Once MacDonald roars inside the Octagon opponents usually feel the effects. But Thompson has yet to be stopped in the UFC. 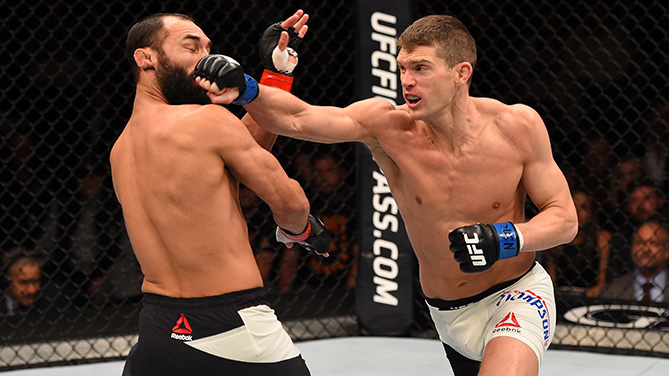 Wonderboy brings a 12-1 record with him into the bout, suffering his only setback by decision to Matt Brown shortly after his transition to MMA from professional kickboxing, where he walked away with a perfect 57-0 record. His awkward stance and karate style have presented problems for every opponent he’s faced.

MacDonald brought in world class kickboxers to try and prepare to face Wonderboy, but Thompson said that his style can’t be duplicated.

“They’ve watched some film and brought in some karate fighters to prepare for me. But it is different,” Thompson said. “It’s a different movement and it’s frustrating if you’ve never been standing in front of somebody with that movement.”

Weidman and Georges St-Pierre, MacDonald’s longtime training partner, will both be watching this fight closely.

GSP brought Thompson to Montreal to help him during his fight camps back in the day, so he developed a relationship with Wonderboy, as did MacDonald. But when the Octagon door closes, GSP’s allegiance rests with his countryman, who’s like a brother to him.

“Rory MacDonald is a complete fighter,” St-Pierre said. “I was always amazed at how incredible he was as a martial artist. He’s a different breed. Rory has many ways to win the fight. He can win by submission and he can also knock him out.” 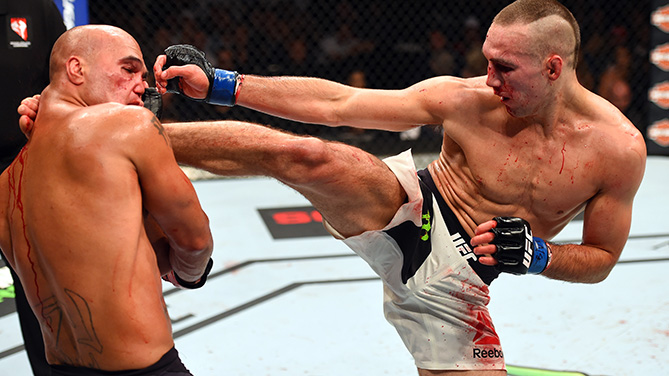 MacDonald and Thompson haven’t shied away from the fact that they’re friendly with each other. They both admit it’s weird to fight a friend, but on fight night it’s all about business. MacDonald is treating this like any other fight.

“He’s just another body. We are friendly outside of the fight but I’m here to knock him out,” McDonald said. “It’s going to be a technical fight. There will definitely be bloodshed. I have more tools in the bag even though Thompson is very good at his tools that he has, and he’s worked hard to improve his weaknesses.”

Skill for skill, Weidman and Wonderboy agree that MacDonald is the toughest test yet for Thompson. But on fight night, “The All American,” who will be in Thompson’s corner, said his training partner will be too difficult to handle for the Canadian.

“I think the x-factor is that no matter who Rory has brought in to emulate Wonderboy, he’s never felt a guy like Wonderboy before,” Weidman said. “He’s never seen that style before because no one has. The whole game is about making the other guy uncomfortable and I think Wonderboy has more ways of making Rory uncomfortable.”