"I’m a fan of MMA and a fan of
boxing – and I like all those great fights that were just brilliant
pieces of spontaneous art unfolding, and that’s what really draws me to
the sport." - Mac Danzig 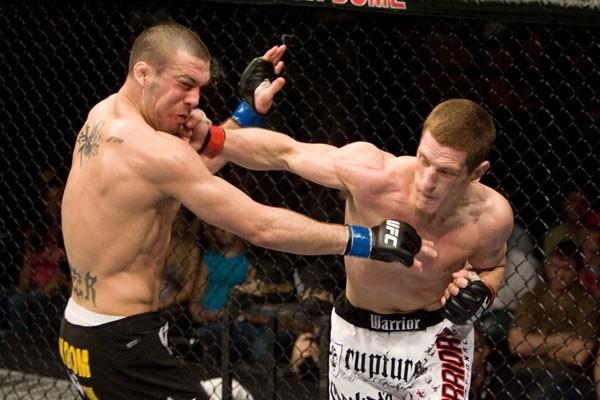 Prone on the canvas in the center of the Octagon, Mac Danzig started crying.

Moments earlier, a blistering short left hand from Melvin Guillard rocked the former Ultimate Fighter winner. His survival instincts kicked in, but Guillard was unrelenting. More punches followed as Danzig shelled up on all fours. As he tried to roll onto his back, a series of powerful hammerfists brought the fight to a close, with Danzig laid out on the mat, his face spotted with blood.

Danzig’s pained response could be heard on press row, and brought conversations about the finish to a halt.

Back in the Saddle

He eventually made it to his feet, and then out of the cage, and back to the dressing room. The show continued, but the sound of Danzig’s anguish played like soft background music in the back of people’s heads for the remainder of the night.

The loss was his second straight, and dropped his record to just 5-7 under the UFC banner. More than five years after winning season six of The Ultimate Fighter, Danzig had yet to find consistent footing in the treacherous lightweight division, and with just three wins from his last 10 appearances, the uncontrolled tears that rolled down his cheeks and hurt-filled sobs that escaped his lungs in Seattle might have been the sounds of a career that started more than a decade earlier coming to a close.

“I definitely sat back after that one and started to reassess what I’m doing,” explains Danzig in his unmistakable deliberate tones. “I thought about it long and hard, and decided that I still want to go after it.

He pauses to find the words that will properly convey what lures him back to the cage after 12 years, 34 fights, and last summer’s hellacious knockout loss to Guillard.

“There’s this goal – maybe even somewhat unattainable goal – of trying to find perfection in the sport, and the main reason why I continue is because I don’t feel like I’ve done 100-percent of what I wanted to do. I don’t want to look back on my life when I’m in my 50s or 60s and say, `I was pretty good. I was world-class, but I never did anything great.’ I don’t want to look back and feel that and have those regrets, so I have some unfinished business in the sport, and I’m looking for that perfect fight.

“I’m looking for that near-perfect performance.”

Fork in the Road

He’s also searching for a secure exit strategy as well.

Just like any athlete, Danzig wants to make sure that when he hangs up his four-ounce gloves, he’s still going to be able to support himself, and provide his daughter with a good life. While there are a handful of pursuits and passions that each pique his interest, the soon-to-be 34-year-old fighter hasn’t had time to investigate their long-term viability just yet, and as much as he wants to make sure that he walks out of the cage with his faculties intact, stepping in the cage is the most stable source of income Danzig has at this point.

Until that changes, he’ll continue to bite down on his mouthguard and make that walk to the Octagon.

“After dedicating myself and putting so much time into this sport, it’s a little bit scary to step away 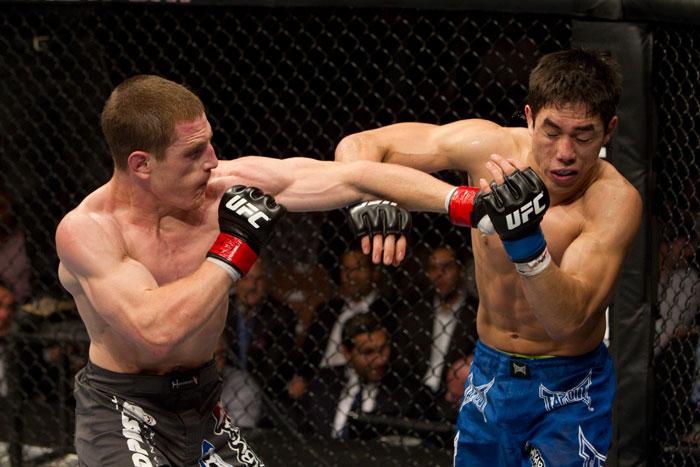 when you don’t necessarily have a secure back-up plan,” admits Danzig with the kind of candor you don’t generally get from athletes nearing the end of their careers.

“I have a whole lot of different things that I’m interested in and that I like doing – I like teaching, I like coaching, I like photography, I like making films and video, and I’m a big advocate of plant-based diets, so there’s that – but all these different possible opportunities, it’s like how do you pick one of those and decide on it for sure, and go with it? With a daughter to support, fighting is really what pays the bills right now.

“I’m still chasing the dream of fighting, but when it’s all said and done, I’ll have a lot of back-up plans. It’s just kind of scary when you’ve done this for so long and nothing else, to take a step away from the sport and dedicate all your time to something that may not be lucrative.

“At this point, it’s about chasing the dream and providing for my daughter, and those are the most important things. If I had a 100-percent secure back-up plan to segue into another career, I would probably start thinking about it right now, but I’ve got unfinished business in this sport. I’m still chasing it.”

That chase will lead him back into the cage next weekend against fellow veteran Joe Lauzon as part of the undercard for this year’s final UFC on FOX broadcast.

Like Danzig, Lauzon has never quite reached contender status in the deep and talented lightweight division, but that hasn’t stopped him from reaching cult figure status with fight fans that appreciate his all-out pursuit of finishes and willingness to constantly step forward.

Danzig sees a lot of himself in the man he’ll share the cage with on Saturday, and envisions their battle as another opportunity to create the beautiful masterpiece he’s been searching for his entire career. 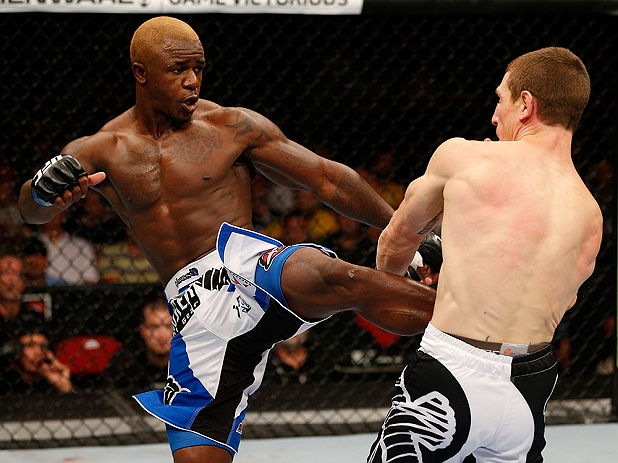 “I don’t really have boring fights. Any time I’ve had a fight that wasn’t that exciting – it takes two to tango. On my side of things, I’ve never put out a boring fight, and I never plan on it, and I think that’s why I still have my spot with the company and why they know that I’m always game to fight whoever. Lauzon is very similar; I look at him as a very similar fighter in that regard – he puts it all on the line, and he’s fought some really tough guys, always steps up.

“The great thing about Lauzon – and I think I’m kind of the same – he’ll seize the opportunities to finish in any way possible, and that’s what makes those Fight of the Night performances. He’s not just sitting back on a lead. He doesn’t score a takedown and then run the rest of the round because he knows he has that round in the bag; he’s not a point fighter. He’s going in for the kill, and I think I’m the same. I think we’re pretty evenly matched, and it’s just going to come down to who wants it more.

“I’m a fan of the sport,” he continues. “I’m a fan of MMA and a fan of boxing – and I like all those great fights that were just brilliant pieces of spontaneous art unfolding, and that’s what really draws me to the sport.

“That’s why I train, that’s why I became a fighter, and I want to put on some performances like that. Win, lose, or draw, I really just want to be a part of some classic fights.”

But he knows the opportunity to reach that goal is drawing to a close, and as much as creating memorable pugilistic art inside the cage is still his chief pursuit, Danzig doesn’t want to hang on too long, even if it means walking away without reaching his goal. 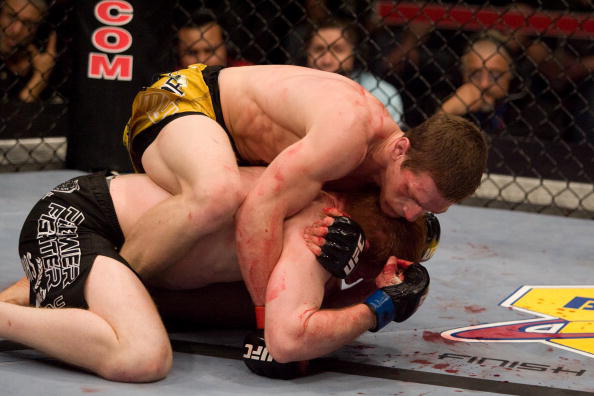 Bocek was a great fight, but everyone seems to forget – but I just want to be a part of a great piece of fighting art. I would love to do that, build a good streak of wins. I’m looking to get near perfection – as close to it as humanly possible.

“I don’t want to take permanent damage though, and that is a very real thing,” he adds. “This is what we all sign up for – this sport is dangerous; it’s a lot safer than other sports, but we’re still knocking each other out. That takes a toll on your body.

“My heart is still in it 100 percent, but I want to make sure that when I’m 65, I’m sharp and I don’t have any kind of problems with my memory. I want to be running marathons and with it in my 60s; that’s the main thing.”

For now, he soldiers on – in pursuit of his passion, perfection, and another UFC paycheck, ready to put on a show for the crowd and leave it all in the cage.

“If this is my last fight, you better believe I’m not going out easy.”