“Being the champion is an honor. I hope that with my discipline and commitment I can have that honor again.” - Lyoto Machida 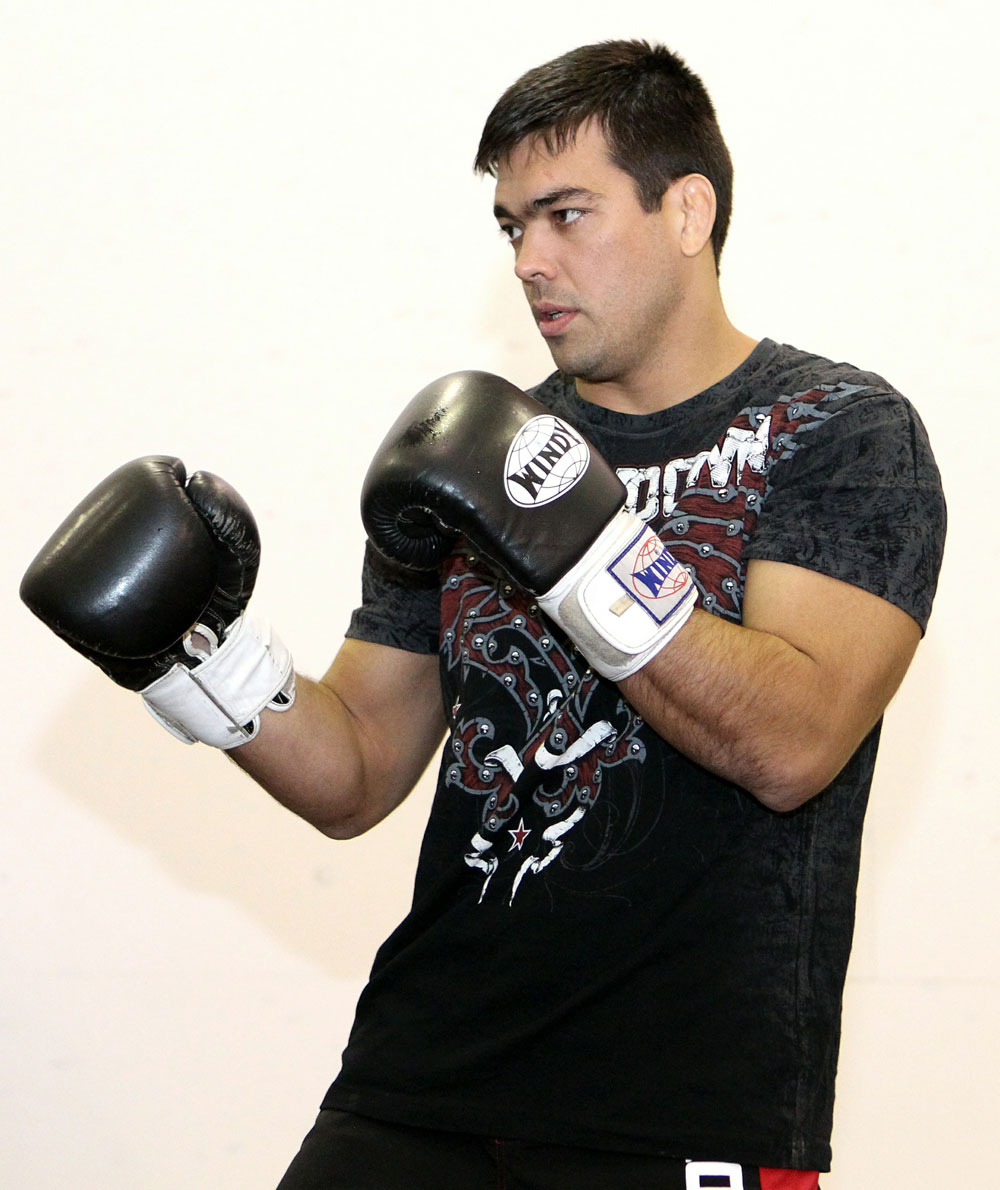 Few, if any, fighters have been raked over the proverbial coals more vigorously in the last 18 months than former UFC light heavyweight champion Lyoto Machida.

Whether you’re talking about his controversial decision win over Mauricio “Shogun” Rua, his subsequent KO defeat to Rua seven months later, or his close decision loss to Quinton “Rampage” Jackson at UFC 123, Machida has gone from being the poster boy for karate and a seemingly uncrackable puzzle that would reign atop the 205-pound division for as long as he wanted to a fighter that has seen his bandwagon empty with lightning-fast speed.

Through it all though, “The Dragon” has remained as stoic as ever, refusing to fire back the same verbal arrows that have ripped at him. His calm is almost eerie, so to break up the mood a bit at the end of a recent interview discussing his UFC 129 bout with Randy Couture this Saturday, Machida was asked if it was safe to say that “Karate is back” on April 30th.

“I don’t think Karate was ever gone.”

With that answer, it was made clear that Machida hasn’t gone into panic mode after two consecutive losses, the first two of his career. It’s part of the game, especially at this level, and he’s come to realize that, especially since he has no other choice but to accept what’s happened and move on.

“The pressure is there, but it is different,” he said. “After losing, people see a fighter’s human side, but I feel confident going in to this fight, and I keep focused and don’t let the pressure build up.” I think that losing is part of any sport, and only after losing could I consider myself a complete fighter, having experienced it all.”

It also takes away the air of invincibility that Machida had for so long, one that became an albatross around his neck as he followed up early career wins over the likes of BJ Penn, Stephan Bonnar, and Rich Franklin with a 7-0 UFC run that culminated in a second round knockout of Rashad Evans in May of 2009 that earned him the light heavyweight crown. But all along, the one person who didn’t buy into the myth of the unbeatable fighter was the fighter himself.

“Nobody is invincible,” said Machida. “There are many things that factor into a fight and can influence a fighter’s performance; in our sport anything can happen.”

And it did to the native of Salvador, Brazil, who got caught in the first round and halted by Rua, and then dropped a three round decision to Jackson that many believed he won. Now it’s time to rebuild, to find out what went wrong and to make sure it doesn’t happen again. Luckily, Machida is on board for this, as his journey in martial arts requires that you never stand still for too long.

“I believe we always have to be evolving, no matter what point you are at in your career, so improving motivates me, and my family definitely keeps me centered and motivated as well,” he said.

It doesn’t hurt having a Hall of Famer staring across the Octagon from you on fight night to get you amped up either, and as excited as Couture is about trying to figure out the Machida puzzle, Machida is eager to test himself against “The Natural”.

“Couture is a great fighter who has done a lot for our sport, has fought many legends and helped build what MMA is today, so it’s an honor to fight him.”

More than an honor though, Machida will get to match wits with one of the greatest strategists in the history of the sport, making this a chess match of the highest order. For purists, this is top shelf stuff, and “The Dragon” is embracing it.

“It’s an interesting fight for both of us, and a challenge,” he said. “Strategy is going to be very important, because neither of us wants to play each other’s game.”

If Machida does play his game, it will be interesting to see if that’s still enough. Rua and Jackson have shown cracks in Machida’s once undecipherable game, and if there are weaknesses, Couture is likely to find them. So the key for the Brazilian will be to show off new wrinkles, new techniques, and new strategies to not only get back in the win column, but to send a message to the rest of the division that he’s ready to regain his crown.

It’s a title he misses.

“Being the champion is an honor,” Machida muses. “I hope that with my discipline and commitment I can have that honor again.”