Lyman Good's Quest To Be Great

Good doesn't view his loss to Demian Maia as a set-back, he sees it as a motivator and he plans to showcase his determination at UFC 244.
By Thomas Gerbasi, on Twitter: @TGerbasi • Oct. 29, 2019

The depth of Saturday’s UFC 244 event means that fights that would have been main card showdowns on any other night find themselves on the prelim portion of the card. But things like that don’t really matter to welterweight veteran Lyman Good, who faces Chance Rencountre this weekend.

Even fighting at home in Madison Square Garden doesn’t faze the 34-year-old, as long as there’s an Octagon in the middle of the arena when his name is called.

“Now that I already fought at MSG - not that it doesn’t carry the same weight, because it always will - but I go in there now and focus on my fight, knowing that no matter where the location is, the cage is always the same. When they lock those cage doors, the cage is my true home.”

That comes from experience, from seeing the ups and downs of the sport and knowing the importance of mindset heading into any fight. That doesn’t come overnight, either, and Good readily admits that he knows exactly what it feels like to go into a fight just to fight. That doesn’t happen anymore.

“I’ve been fighting for 15 years and it definitely takes some time to develop that,” he said. “Some people understand it right away, some people it takes them a while, but one thing that any fighter could attest to is that there’s an invisible aspect to fighting that is extremely important, and it’s your mindset and it’s your confidence going into a fight. Your mental skills are as important as your fighting skills sometimes. When it comes down to it, when you’re tired and you’re fatigued and you’ve got nothing left in you, it’s your mindset and your winning attitude that wins fights, not just your skill set.”

Good has been in those fights before. He’s won some, he’s lost some, but he never stopped swinging until either the horn sounded or the referee stepped in. That’s garnered Good a reputation as a blood and guts battler who will always be there as promised when he signs his name on the dotted line. He lives his life the same way, making the New Yorker the kind of guy you want on your side if the going gets tough. That may not have a title attached to it, but for Good, he doesn’t need one.

“It’s as good as any gold, trophy or medal because gold rusts and dissolves, but my heart and loyalty and me being there a hundred percent behind somebody to back them up no matter what is until the day I die,” he said. “I’ll carry that with me to the grave, and it’s a badge of honor because that’s what I live for and what makes me happy. I want to be that guy who would always help people, who always has their back and is known for their absolute loyalty. That’s me through and through.”

As real as that is, he translates it to what happens on fight night, which makes his matchup with Rencountre even more interesting because Good is coming off a loss to Demian Maia in February while Rencountre is surging behind back-to-back UFC wins. So who has the edge, the fighter looking for redemption or the one with momentum? Good has his answer, and he believes Rencountre’s momentum train stops when it hits 8th Avenue this weekend.

“The train definitely stops when you’re put in front of someone that you’ve never fought before,” said Good. “Yeah, he’s got two wins, but he’s never fought me. So momentum is important, but at the same time, maybe in the mind of certain fighters, that could also be pressure, that they feel that they have something they have to live up to or that they have to win. Me, I’m gonna go out there and show my best performance and I’m mentally and physically as prepared as one can be for a fight. I have no injuries, this is one of my best training camps, and mentally I feel really, really good about this fight. I’m prepared to go out there and do my best. There’s no pressure on my part.

“Sometimes, the momentum doesn’t have to be from wins,” he adds. “Sometimes it takes a loss. My last fight, I lost against Maia, but sometimes that’s as good for momentum as it is for someone who’s already won twice in a row. Someone who’s lost is hungry, and they’re so hungry that they’re willing to do everything they have to do for two months to get a win after that.” 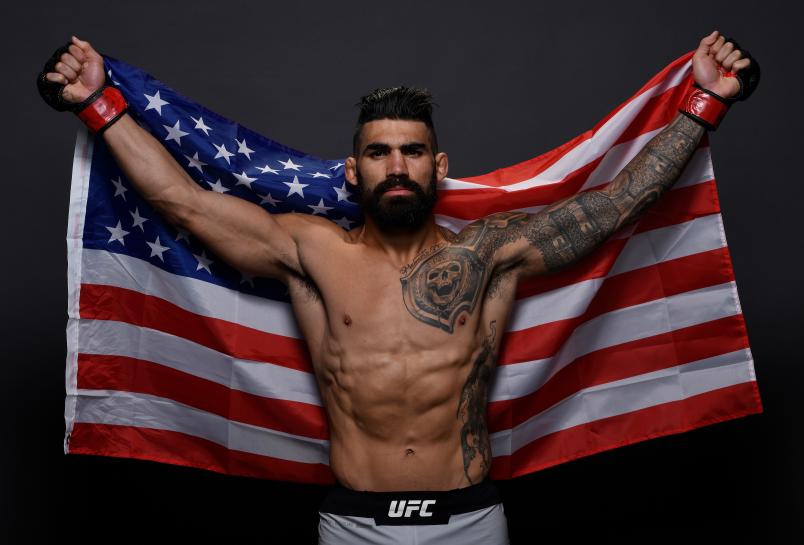 Squared off with the Brazilian Jiu-Jitsu master after a blistering 92-second knockout of Ben Saunders in the UFC’s last Garden show last November, Good had momentum on his side while Maia was looking to snap a three-fight losing skid. Maia won, submitting Good in less than three minutes. It was a tough pill to swallow for Good, who also had to sit on the loss for months as he healed up a torn bicep suffered a week before the fight. That puts a lot on this weekend’s result, just as it does for Rencountre and all the fighters on the card who have put in weeks of training for one night to be perfect. That’s the blessing and the curse of the fight game, but Good has accepted that reality and embraced it.

“It’s about waking up every morning, telling yourself that November 2nd is your day to shine, that it’s the day you’re gonna make a statement,” he said. “At the end of the day, it’s truly about your mindset going into the cage that night. No two days are the same when it comes to training, but you’re training for weeks at a time to prepare for one day for you to be a hundred percent and as perfect as you can be. So I think the biggest things are to not put so much pressure on the fact that you have to perform and be perfect, and just go out there and be confident and be yourself and know that you paid the price in sweat and blood and you trained your ass off and that tonight is the night you walk out of that cage with your hand raised. It’s all about mindset.”