Dana White: "No one is more pumped about this (new arena) than me and my team." 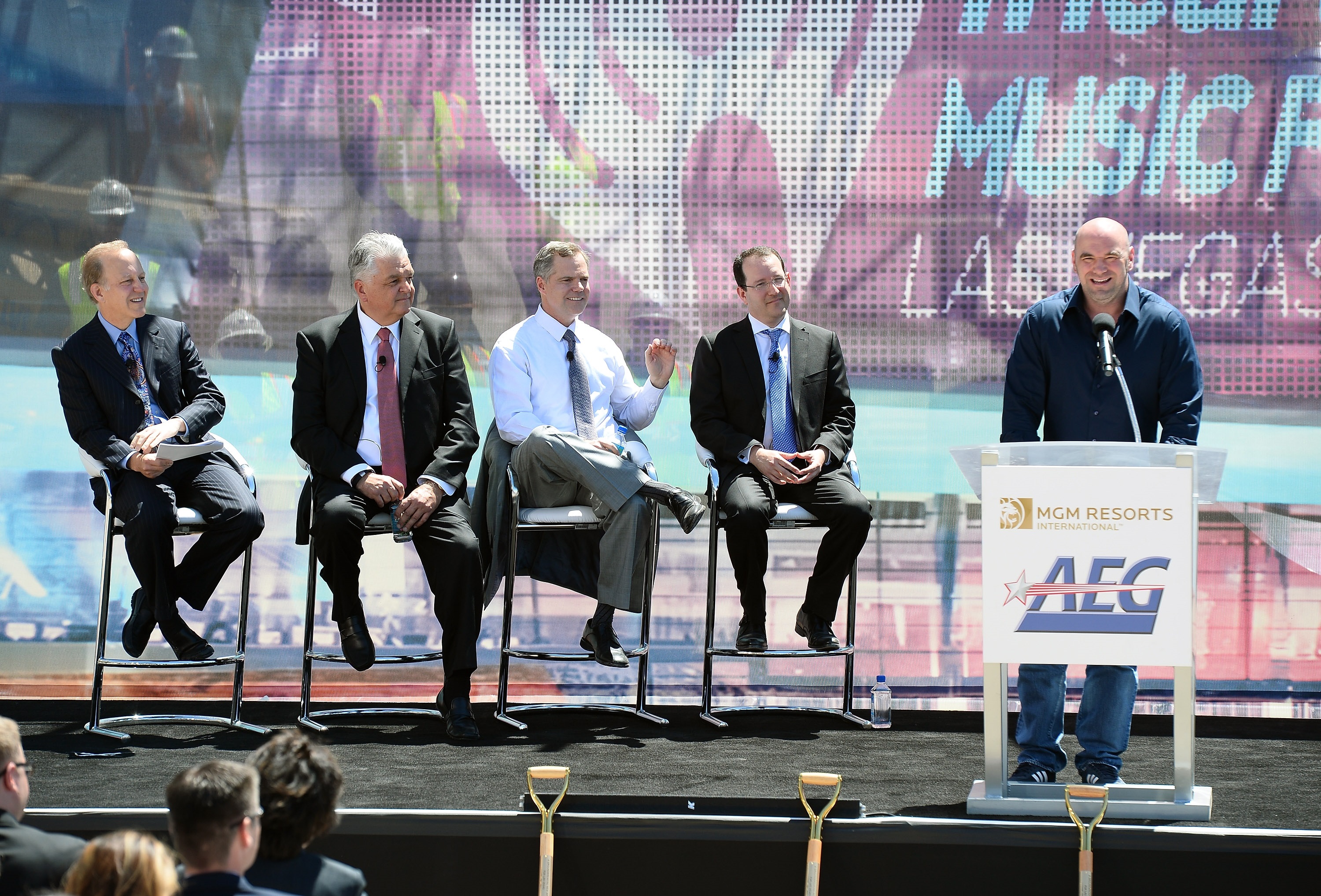 On Thursday morning just west of the Las Vegas strip, between the New York-New York and Monte Carlo resorts, the Las Vegas Arena Company, owned by AEG and MGM Resorts International, held a special ceremony at the site of its new indoor arena project that is scheduled to open in the spring of 2016.

On hand at the ceremony were several big names and celebrities, including UFC president Dana White, who has expressed his excitement about the project and the potential for bigger and better UFC events in Las Vegas.

"No one is more pumped about this (new arena) than me and my team," White said.

Jim Murren, the chairman and CEO of MGM Resorts International, said the new venue, which has been privately funded and projected to cost roughly $375 million, will be a key ingredient to ensuring that Las Vegas retains its title as the "Entertainment Capital of the World for generations to come."

"The addition of this world-class arena, which will attract new events to the market and enable existing events to grow in scale, is an integral component in that strategy," Mullen said of the arena, which will host UFC, boxing and other sporting events, major headline entertainment, award shows and special events. "No destination can deliver the level of energy and excitement found in Las Vegas, where every day has the vibe of a big event day." 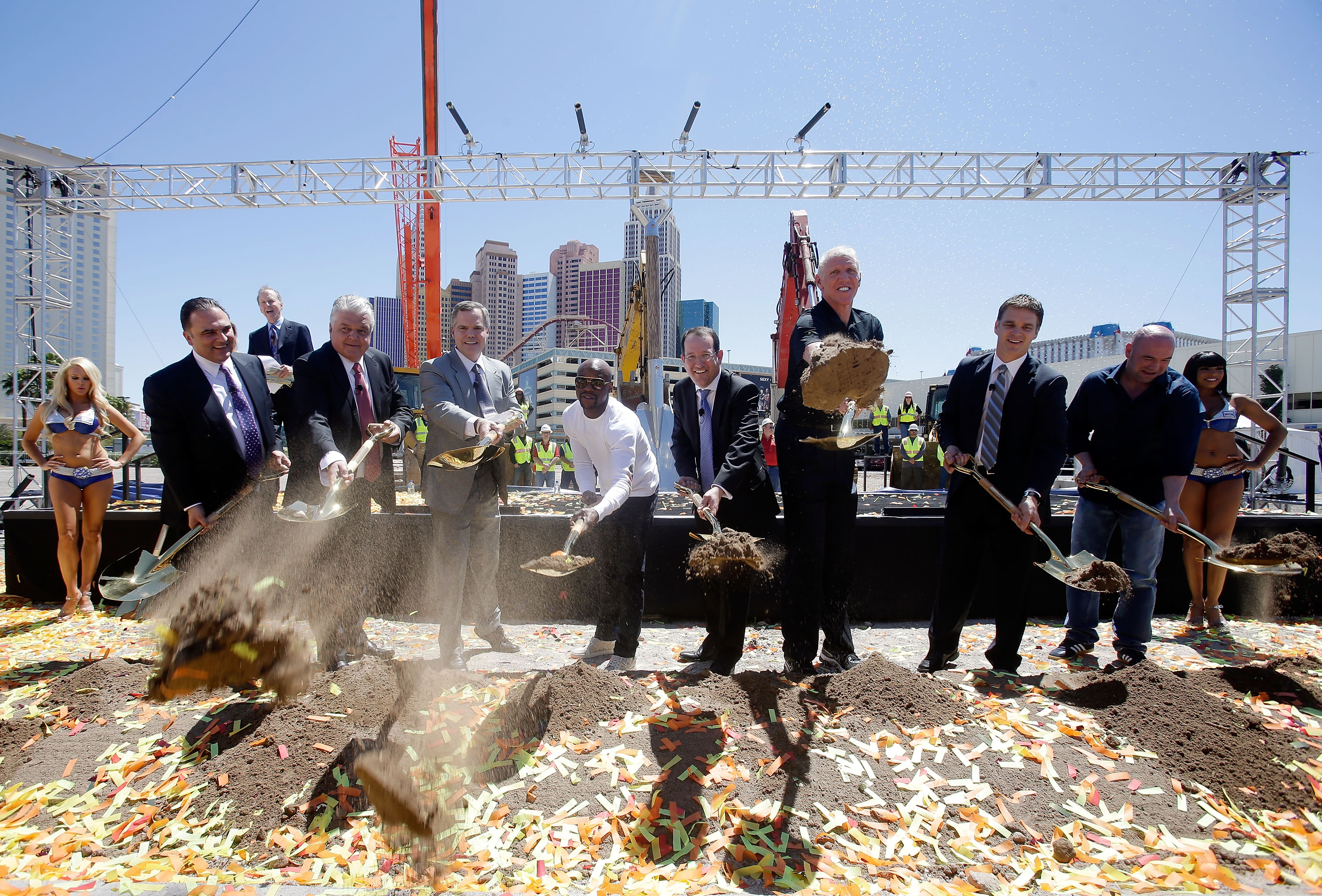 AEG president and CEO Dan Beckerman was also at the event, and said that everybody involved is excited to break ground on such an iconic project.

"Together with MGM, we have designed an arena with some of the most unique features, offerings and amenities for our fans and sponsors," Beckerman said. "We look forward to bringing the best sports and entertainment events to this new state-of-the-art arena in one of the most vibrant entertainment markets in the world."