Luque looking to climb in rankings 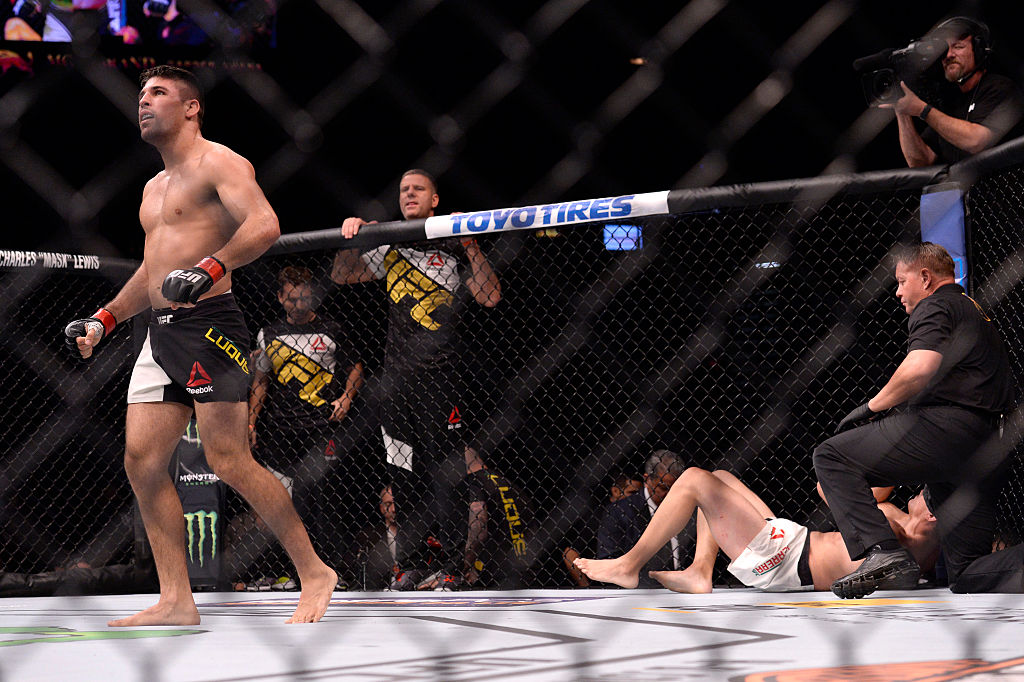 Alvaro Herrera of Mexico at UFC Fight Night on July 7,2016." />
His birth certificate says he was born in Westwood, New Jersey and he is announced as fighting out of Brasilia, Brazil, but Saturday night’s inaugural UFC event in Santiago, Chile will still be a homecoming of sorts for Vicente Luque.

“My father is Chilean. I have my grandmother, uncles and cousins living in Chile right now, so it’s definitely like fighting at home for me,” said Luque, who squares off with streaking Canadian Chad Laprise in the opening bout of this weekend’s six-fight main card on FS1. “It’s going to be a real special moment for me, fighting on the first UFC card in Chile, and having roots there, it’s going to be awesome.”

Competing at home always sounds like a great idea, as the opportunity to be surrounded by friends and family and have a dedicated cheering section in the crowd on fight night seem ideal, but some athletes will tell you that they would actually prefer being the “away team.”

While there is comfort in sleeping in your own bed and driving your own vehicle to the venue, home games can also mean more calls from long lost cousins or old friends from high school suddenly looking to reconnect after all these years and take some extra tickets off your hands if you just happen to have two or three or seven you’re looking to get rid of real quick.

Plus, fighters often grow accustomed to the routine of fight week and changing that up isn’t always easy.

“I’ve lived this before and it has been a great experience for me,” said Luque, who earned a first-round knockout victory over Hector Urbina while competing in his hometown of Brasilia and another when he took on Belal Muhammad at UFC 205 in New York City, just a few miles down the New Jersey Turnpike and through the Lincoln Tunnel from where he was born.

“There are some things, like people trying to get more in touch, but that’s totally controllable, and the motivation I get for training from fighting at home, that’s unique. I’ve had a lot of motivation throughout this camp and I feel like it makes me train harder and be much more ready when I get there than I otherwise would be.” 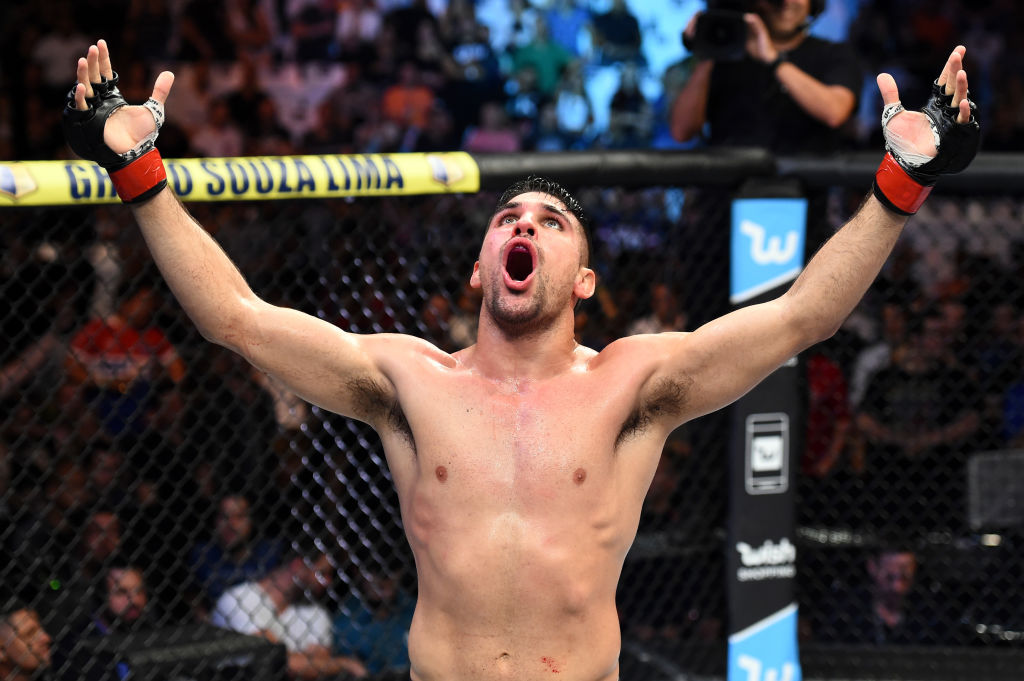 After coming out on the wrong side of a showdown with rising British welterweight Leon Edwards, Luque rebounded last time out with a second-round submission win over Niko Price, lacing up a D’Arce choke after stinging “The Hybrid” with strikes along the fence near the close of the round.

Following the bout, he lobbied for a date with another surging fighter from the United Kingdon, Darren Till, who had collected a victory over Donald Cerrone the previous weekend in Gdansk, Poland. The talented Scouser got stationed next to Stephen Thompson in a bout that headlines next weekend’s debut event in Liverpool, leaving Luque to square off with the talented Canadian Laprise instead.

“The big thing is I wanted to fight in Chile, so the opponent wasn’t so important to me,” said Luque. “Chad is a great opponent – he’s coming in with three wins, three knockouts, and he’s a great striker that pushes forward.

Luque also hopes it’s a bout that helps him continue his slow and steady climb up the welterweight ranks.

“I see it as a process. Now I’m fighting these guys that are tough guys; they’re not Top 15, but I’m not in a rush. I’ll take my time, do what I’ve got to do. I know I’ve got to go in there and win and win in impressive ways, finishing my opponents, and that’s what I’m doing. I’ve worked hard for that and I see the results as recognition for my efforts, but it also makes me hungry to keep pushing forward.”

Saturday night, in front of friends and family at the Movistar Arena in Santiago, Chile, forward is the only direction Luque intends to go.

“I fight forward. I don’t hold back. It’s not that I’m looking for the finishes, but my style is to press forward and hit the guy as hard as I can.

They’ve happened in each of his last five victories and if it happens again this weekend against Laprise, “The Silent Assassin” will take another big step forward in his journey towards the top of the welterweight division.