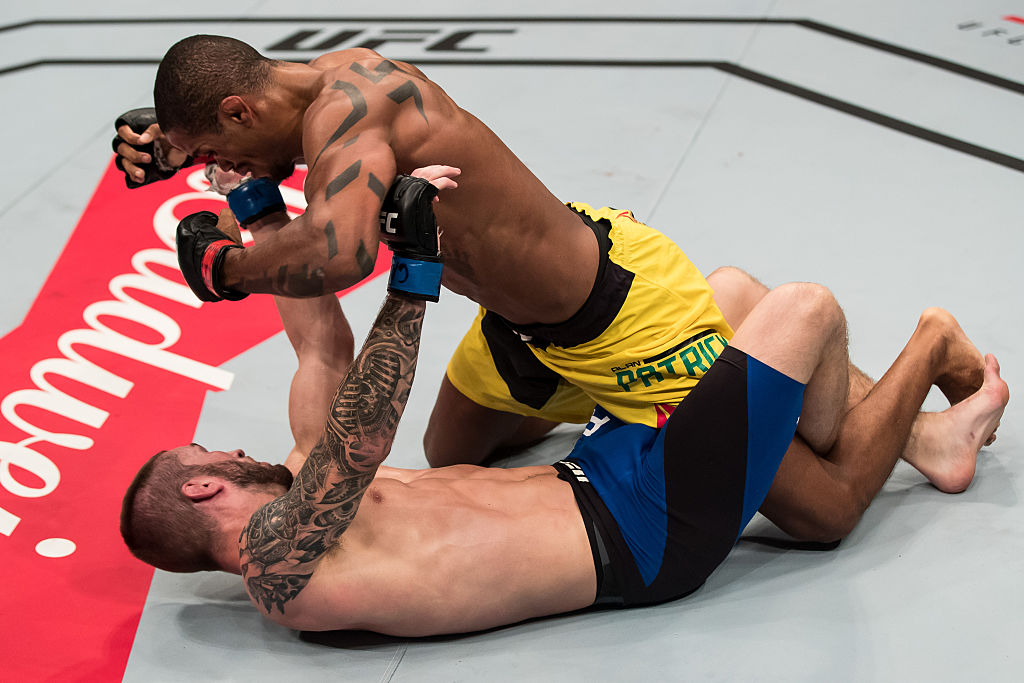 Patrick opened the fight with two takedowns, getting him on the board fast. A third takedown backfired when Ray landed in the mount, and an armbar attempt followed, but Patrick pulled free. By the midway point of the round, Patrick was in Ray’s guard, both staying busy on the mat until round’s end.

There was more groundwork from Patrick in round two, and while he controlled much of the round, a stall in the action brought a restart from referee Mario Yamasaki with 1:25 left. On a subsequent trip to the canvas, it was Ray taking over, allowing the Fife native to rally late.

A hard left hand by Patrick jarred Ray to begin round three, and then it was back to the mat, where the Brazilian kept the fight for final five minutes, locking up the clear-cut decision win. 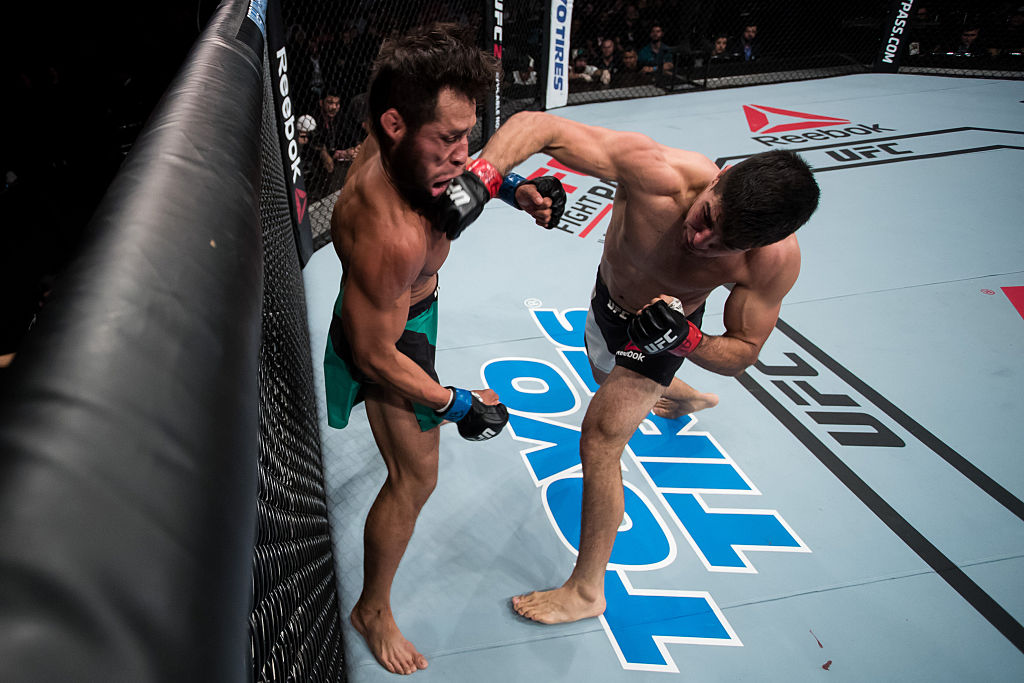 Welterweight prospect Vicente Luque had a spectacular homecoming in Brasilia, knocking out veteran Hector Urbina in the first round to extend his UFC win streak to three.

Both fighters engaged from the start, and while Urbina initially looked to grapple, he then opted to trade with Luque, and that proved to be a fight-ending mistake, as a flush right hand put Urbina down and out, prompting referee Fernando Portella to intervene at the one-minute mark of round one. 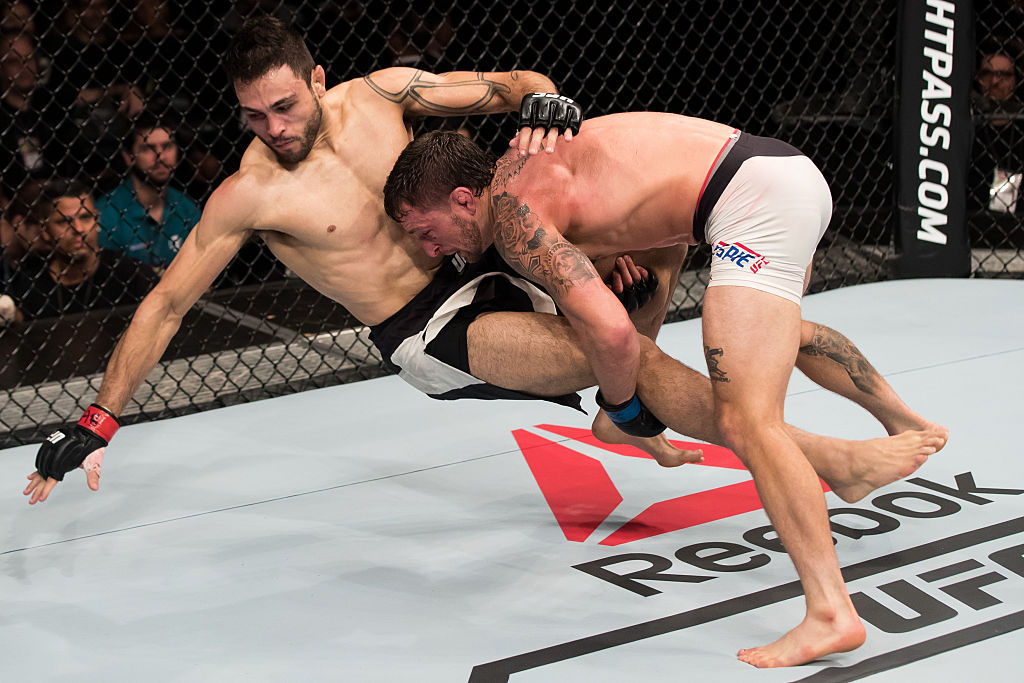 Former Division I National wrestling champion Gregor Gillespie made his long-awaited UFC debut as successful one, as he outpointed TUF Brazil 4 winner Glaico Franca via unanimous decision in the lightweight opener.

Franca got to work immediately, cracking Gillespie with several hard right hands and cutting him under the eye. Gillespie responded with a series of takedown attempts before hitting one in the second minute. Franca rose quickly, but he was still locked up. To cope with the grappling, Franca fired off elbows, yet he was still grounded with under two minutes left. Franca was able to get free, but he looked winded, allowing Gillespie to nail another takedown before the end of the frame.

Gillespie’s striking was sharp as round two started, but he was forced to seek another takedown after getting drilled by a punch and a knee from Franca. On the mat though, the New Yorker was in total control, and he kept it throughout the second and third rounds, securing the victory by three scores of 29-27.

With the win, Long Island’s Gillespie moves to 8-0; Santa Catarina’s Franca falls to 14-5.