Strikeforce middleweight champion Luke Rockhold will finally make his UFC debut at UFC on FX 8 on May 18... if he can squeeze it in between adventures. 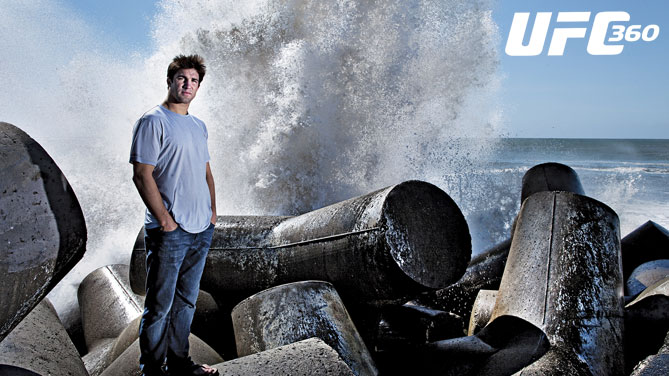 Luke Rockhold has a thing about challenges. Which is why one night he found himself in a Costa Rica arena, running full speed, middle fingers extended, at a one-ton bull.

Rockhold had just won his sixth straight fight under the Strikeforce banner and headed south for a surfing getaway to, in his words, “relax and decompress.” That lasted as long as it took his friends to attend a bull-riding festival, during which audience members jumped into the ring. “By the end of the night, I was like ‘I gotta do this. It’s my only chance,’” he says.

So Rockhold hurled himself over the fence, only to land and realize he was the only one inside the pen. “Turns out it was the last bull of the night—the featured bull,” he says. With no game plan, he did what anyone would do: he ran straight at the thing. “I was seriously in Vans with no socks, running at the bull like a football player,” he remembers. “The bull just put its head down and started coming for me. Somehow I hit my turn, and I felt the wind from it rushing by me. It was inches away from my legs.”

Realizing he’d emerged un-gored, Rockhold did a victory dance and returned to his friends, who he thought would share in his excitement. “They just yanked me out of the pen and told me to never do that again. They were freaking out,” he says. His biggest disappointment? “My buddy was so scared for me that he didn’t even get a good picture of me in there. I like to try everything once,” he explains.

Rockhold it turns out, has tried a lot of “everythings” once, and his travel history sounds like a location list for an international blockbuster: Australia, Costa Rica, Mexico. Hanging off a cliff after a streetfight in Santa Cruz. Cornering a friend in a last-minute trip to India. Eating raw horsemeat and filming subway fights in Tokyo. Winning the Strikeforce belt in the wilds of... Columbus, Ohio. Now he's got his eyes on Jaragua del Sol, Brazil, where he'll face former champion Vitor Belfort in the main event.

A Journey to MMA 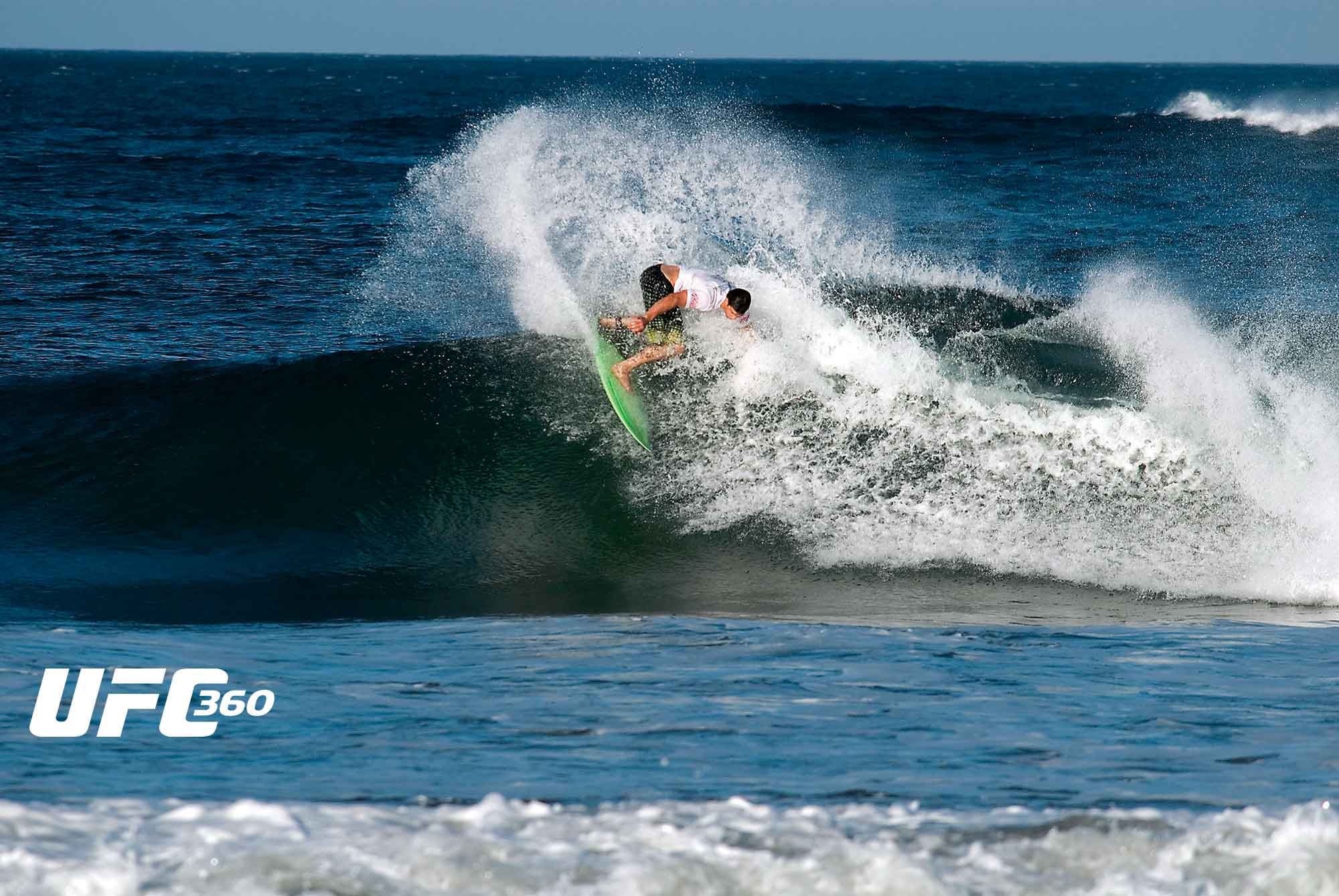 In 2006, at the age of 22, a friend took Rockhold to American Kickboxing Academy. It’s a scene that plays out dozens of times a day in top gyms with MMA tourists and wannabes, most of whom quickly have their dreams of MMA stardom beaten out of them with the first sparring session. But as usual with stories involving Rockhold, he turned out to be the exception. When told he’d need a mouthpiece, Rockhold ran out to buy one, then fitted it using boiling water from the sushi joint next door.

“He wasn’t going to accept ‘no,’ and that impressed me a whole lot,” head coach Javier Mendez says. “A lot of guys will come in and just talk or say ‘Oh, I’ll do it next time,’ but he was so excited to spar.” So Mendez put Rockhold, who had no previous striking experience, into the ring with heavyweight Christian Wellisch, who was training for an upcoming UFC bout.

“I kicked him in the head and we got in a wrestling scramble, and I did real good,” Rockhold says, as if that’s how most people perform in their first try at a new sport. “So then they put me in with Mike Swick and Bobby Southworth, and I did real well with all the guys going for it. Javier pulled me aside and told me he thought I could go very far in the sport.”

The short audition process earned Rockhold an invitation to the team. AKA’s newest rookie immediately reshaped his life in order to train. That meant taking fewer classes at college, switching jobs so he could get to practice more easily, even living in the gym’s loft for a while. Rockhold’s evolution was, for lack of a better term, Rockholdian. In July of 2007, he had his first pro fight. His third fight, just seven months after his pro debut, landed him on his first Strikeforce card, where he spent the rest of his professional career until the promotion was absorbed by the UFC in January. 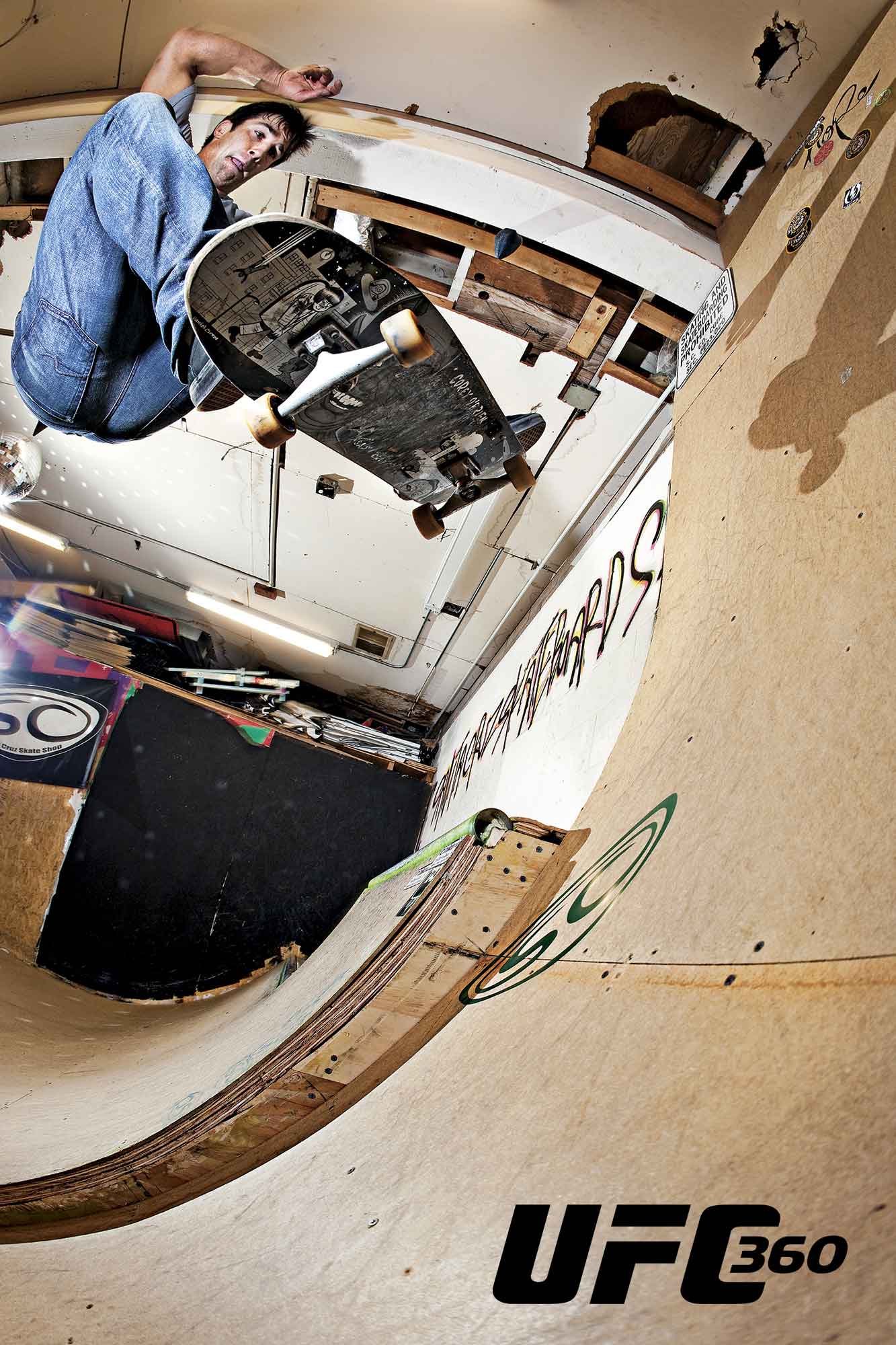 “I remember meeting Luke for the first time at the AKA gym before he’d had any MMA competition,” says Strikeforce founder and CEO Scott Coker. “He was basically a jiu-jitsu guy that they told me was going to be the next Strikeforce middleweight champion. I looked at him and knew he was extremely marketable.” After watching Rockhold’s pro debut, Coker signed him.

“The kid can do anything,” Cormier says. “He’s a great volleyball
player, he can play basketball, he can surf, he’s unbelievable at
baseball. We have team picnics and I’m like, ‘Damn, I’m used to being
the best athlete.’”

A look at Rockhold’s family tree might help
explain that physical prowess and competitive nature. His father played
pro basketball; his mom is a tennis coach. There’s one pro surfer
brother and a jiu-jitsu champ sister. Rockhold’s own athletic path
started with a love of judo, which served him as a high-school wrestler.
Less than thrilled with the prospects for a college grappler, Rockhold
turned his focus to jiu-jitsu after high school. He quickly found his
long limbs and analytical mind were perfectly equipped for the chess
game of BJJ, and he became a world champion as a blue belt and purple
belt.

Rockhold fought for Strikeforce twice in 2009 and three times in 2010, in those days limited only by his adventurous travel schedule. “I’d call Bob and ask when Luke could fight again,” Coker says. “He’d tell me, ‘I dunno, he’s off in Mexico or Costa Rica surfing.’ I’d never heard of a fighter being a surfer, so I researched his background and realized he comes from a legacy of great athletes.” 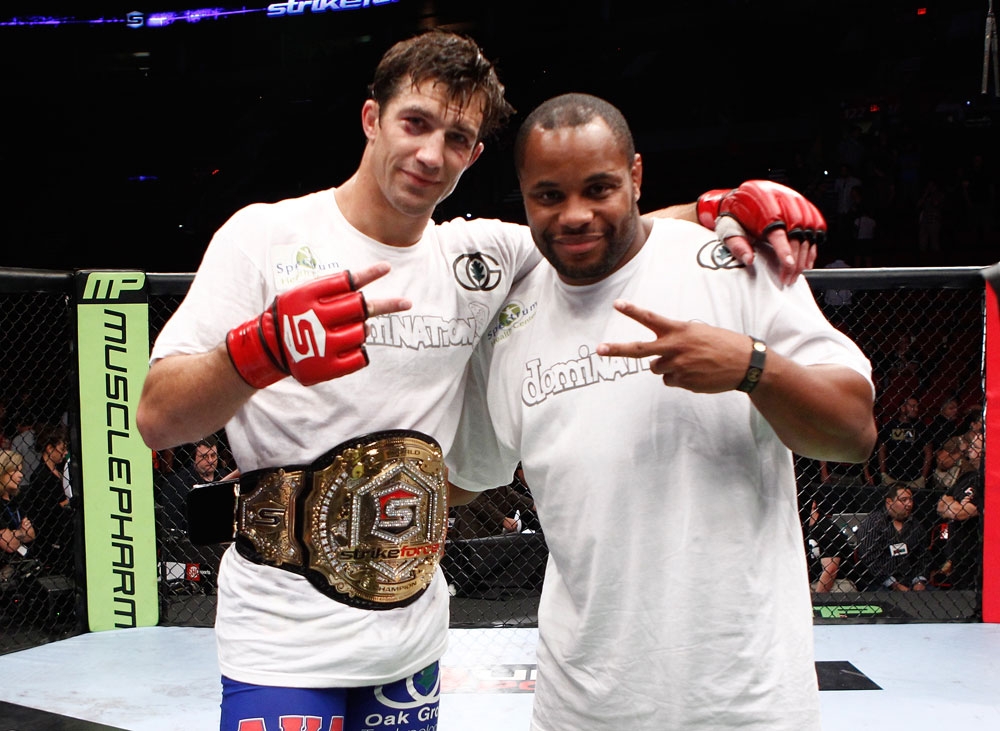 When he is on American soil, Rockhold’s schedule revolves around AKA: sparring three days a week, wrestling on Tuesdays, jiu-jitsu on Thursdays, plus cardio and night practices. His team is a who’s who of Zuffa stalwarts: Velasquez, Swick, Kyle Kingsbury. And he’s particularly invested in helping Cormier. “He helped me, and I’m helping him,” Rockhold says. “We’re trying to push each other to the top.”

Rockhold is also excited to finally test his skills against the stars of the UFC. “It’s a whole other thing to start fighting guys you’ve watched on the top shows. I respect them, but I want to be the best, so you’ve got to fight those guys.”

No matter how big the name or how high the ranking, Rockhold is confident he can hold his own. After all, it’s not like he’s going in there against a bull. “I’m not too worried about fighting these days,” he says of his stint in the bullpen. “After you’ve done that, what is there left to be scared of?” 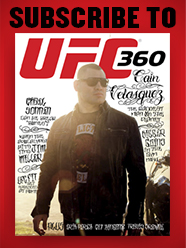 A version of this article originally appeared in UFC 360, the official magazine of the Ultimate Fighting Championship. Click here to subscribe to the print or digital editions. Photos Jody Morris and Tony Roberts