Luke Rockhold 'I’m not one of the best, I am the best' 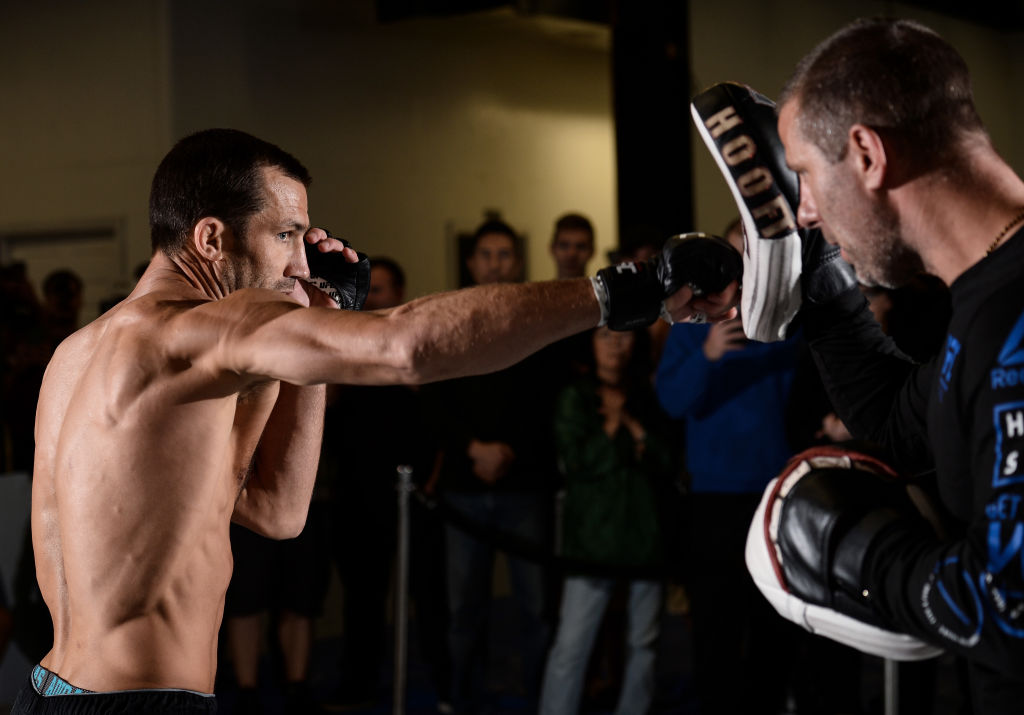 As Luke Rockhold packed his bags for an early exit from South Florida last week, it was clear that even for one of the best fighters in the world, Mother Nature is not waiting around for him to finish his camp for this weekend’s bout against David Branch.

And it’s in situations like this that it’s not just being able to fight that gets someone to the top of the sport; it’s being able to handle everything else around what happens on Saturday nights in the Octagon.

“It’s part of the game, and you have to deal with everything,” said the former middleweight champion before making a correction. “And I’m not one of the best, I am the best, and I deal with it the best. I know how to compartmentalize my life and put everything in place and get to where I need to be. I’m very aware of what I need to do and I’ve done it right. That’s why I’ve come to Florida to put things on hold and clear away things in my life I don’t need to focus on and focus on what matters here.”

I apologize for the oversight. Rockhold laughs.

“It’s a mindset,” he said. “Mindset is everything and if you don’t believe it, you shouldn’t be here. And I don’t just believe it, I know it. When I’m healthy and I’m focused, there’s not a man in this world that can compete with me on that stage.” 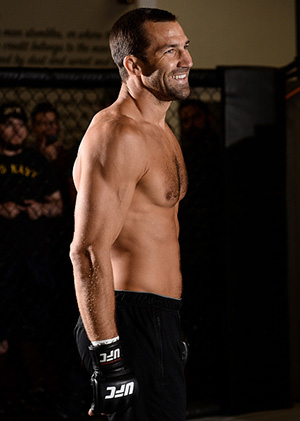 Unfortunately, the 32-year-old Californian hasn’t graced that stage since June 2016, when he was upset by Michael Bisping in their rematch and lost his 185-pound title. Since then, it’s been a waiting game filled with injuries, rumors, and more waiting. And while Branch wasn’t the fight he was expecting to get for his return, it’s a fight, and Rockhold took it.

“He wasn’t the fight,” Rockhold admits. “I waited for everybody and I couldn’t wait any longer. They wanted the Anderson Silva fight, they wanted the Gegard Mousasi fight, they wanted quite a few other fights but nobody would sign on that dotted line. They wanted to do the Yoel Romero fight and he wouldn’t fight me in a main event, in a five-round fight. That’s what I do. I’ve been fighting championship fights, main event fights, five-round fights ever since 2011. I’ve only had one three-round fight since then. This is what I’m here for, to be the real deal.”

And now that he’s back, he’s more determined than ever to get the title in his hands again, and following a camp with Henri Hooft in Florida, he feels that goal is in reach sooner rather than later. 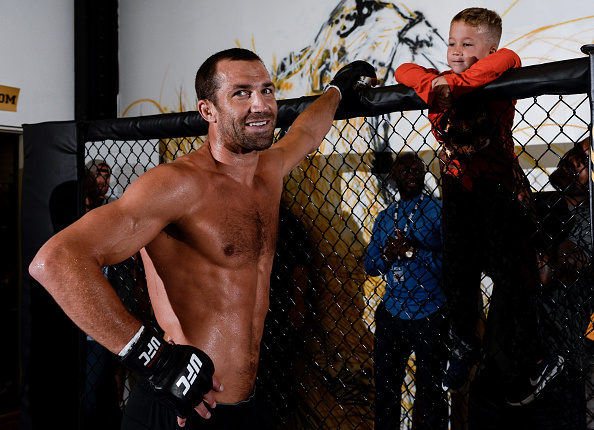 But is he the same Luke Rockhold, serious in the Octagon but embracing every bit of life outside of training camp? Has the Bisping loss soured him on the sport? He says it hasn’t.

“I’ve enjoyed my life,” Rockhold said. “I’m never gonna not enjoy my life. It doesn’t sit well with me, how the last fight went, and I’m ready to go fix that situation and that’s what I’m coming back to do. That is that, but I’ve definitely enjoyed my life. I’m not gonna let something like that completely ruin my life. I’m not the type; I’ve got too much going on. The time away has helped me align myself with what I really want, and I want a lot more from this game and I know I can give a lot more. So it’s time to sideline the bulls**t and get back to work.”

A win over Branch will get him back in the win column and back in the title picture. But will it get him Bisping, who faces Georges St-Pierre in the main event of UFC 217 in November?

“That’s up to him,” Rockhold said. “I’m gonna put myself there and he’s gonna have two choices: either sign to fight like a man or he’s gonna run. Judging by what he’s done with his so-called reign, I have a clue to what his choice will be. But I’m gonna go do my job and Bisping or no Bisping, I’m taking my title and taking the top spot, and whoever gets in my way is gonna get dealt with.”