Louis Cosce Has A Ruthless Streak In Him

It was meant as a joke, but Louis Cosce was dead serious when asked if he offered to step in for his older brother Orion when an injury forced his sibling out of a UFC 255 bout with 24-fight MMA veteran Nicolas Dalby.

“I did,” Cosce said. “I actually tried to get that fight before Orion did. I tried stealing that one.”

The 25-year-old laughs, but with just seven pro fights, he did want to test himself against the Danish veteran who has competed six times in the Octagon.

“I thought I could beat the dude when I first watched him,” said Cosce. “I didn't get the fight with him, though. That's a bummer because it would have been a good win because he's got quite a few fights on his record. I thought stylistically, I would have put that dude away if I would have got it.” 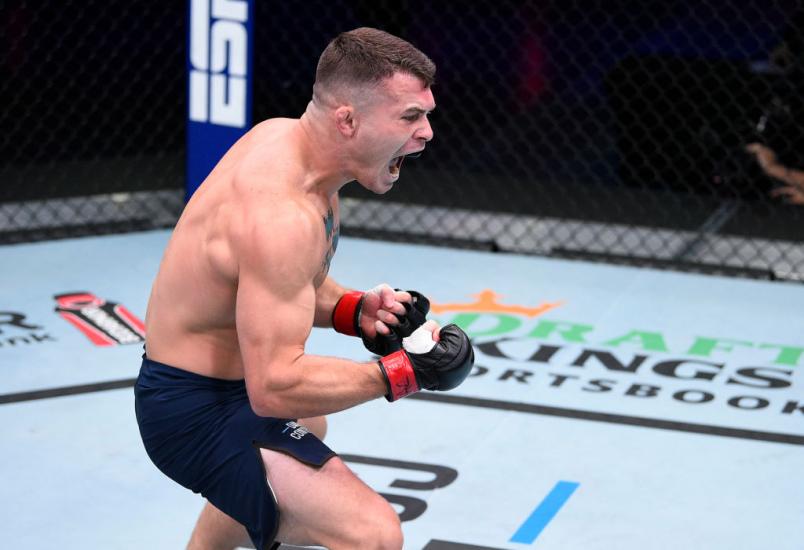 There is no hint of arrogance in Cosce’s delivery, just a confidence that if he puts his hands on anybody, it’s going to be a short night for them.

He’s got the record to prove it – Seven wins, no losses, five knockouts and two submissions, with each victory ending in the first round. His longest fight? Four minutes and 34 seconds.

And while he didn’t get Dalby this weekend in Las Vegas, he will get his UFC debut fight in when he takes on fellow Octagon newcomer Sasha Palatnikov. Does he plan on sticking around longer than 4:34 on Saturday?

“Whenever it happens, it happens,” Cosce said. “My plan is definitely to go out there and put his ass out, so if it turns out to be in a minute or the third round, it doesn't really bother me.”

Yes, Cosce is young, and despite his impressive record thus far, he’s also young in the sport. But oh, watch him fight and catch his demeanor, and there’s a hint of Robbie Lawler in there, which means he isn’t planning on fighting longer than he has to when the Octagon door closes.

“I try to go out there and be aggressive,” said the Arcata, California product. “That's the whole point of the fight. A lot of these guys try to dance around and have these game plans. My whole game plan is try to inflict as much damage as I can. Even if I wasn't knocking people out, my main objective would be to win decisively, even if it's by mauling them.” 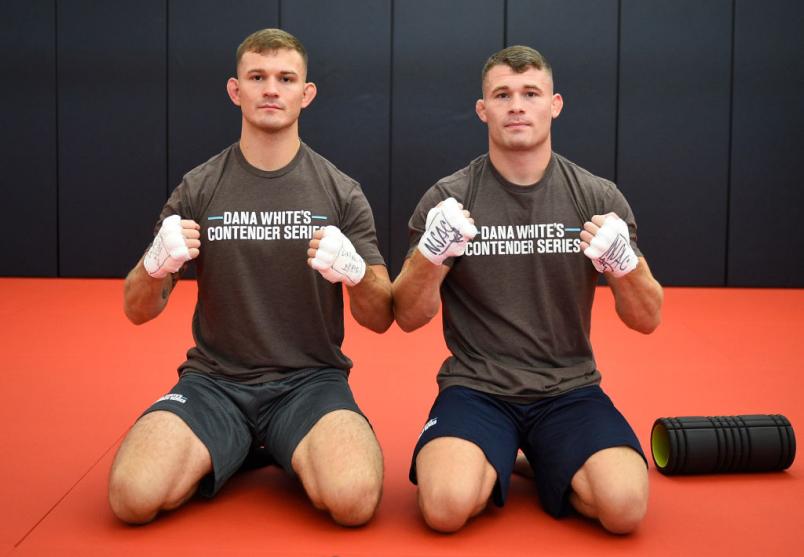 It's an old school approach, and as blunt as it is, Cosce doesn’t shy away from attacking the sport the way he does, or calling out those who take a different tact.

“I think a lot of people come out with these boring-ass game plans where they're sitting there, holding on for dear life for three rounds, thinking they won the fight,” he said. “It's pretty dumb to me. (Laughs) If you met someone on the street, you're trying to put this guy away within seconds, and it's kind of the same objective I go out there with in the cage. I don't want to get hurt, so I'd rather try to hurt this dude as fast as I possibly can before this guy tries to inflict damage on me.”

So you’ve had your share of scraps on the street, Louis?

Even then, while growing up on the Yurok reservation, Cosce had bigger goals in mind, goals which would be sidetracked if he was getting into scraps every weekend like some of his peers.

“It could be like that if you chase it; I was trying to do good in school and focus on wrestling.”

Wrestling would ultimately lead to mixed martial arts, and after turning pro in 2017 and racking up six quick wins, he got the call, along with Orion, to compete on Dana White’s Contender Series in August. 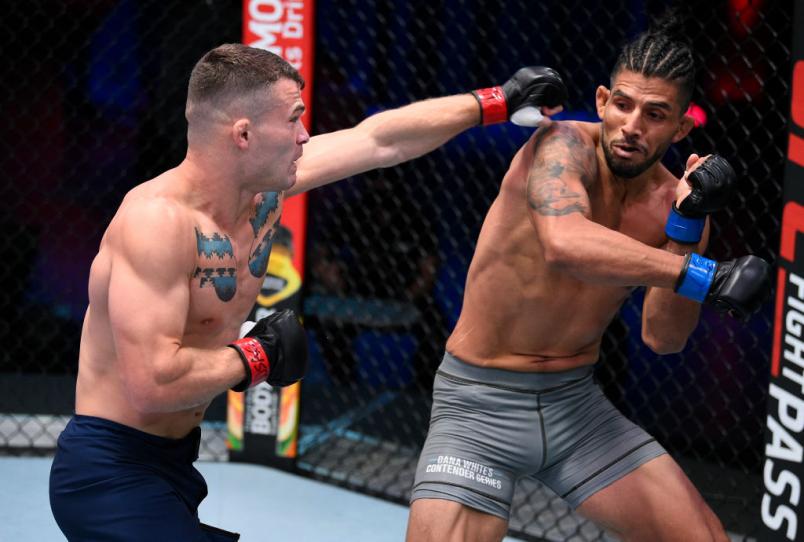 Orion was up first, halting Matt Dixon in the third round. Louis, matched up with Victor Reyna, who held a win over UFC vet Daniel Rodriguez and went three rounds with Miguel Baeza in his previous Contender Series bout, was expected to test the Californian.

Cosce expected the same thing out of Reyna.

“Victor is a tough dude,” he said. “I watched his fight against Baeza, and he did a good job. I thought he was winning the majority of it other than him getting dropped. So I knew he was gonna be tough, so it put the pressure on my shoulders to knock him out, or at least go out there and try. I was gonna try for sure.”

Cosce got his wish, needing just 72 seconds to end Reyna’s night. When it was over, he was confident that he was going to get a UFC contract.

“Yeah, I thought for sure if I knocked that guy out within the first, I wasn't gonna get denied.”

MORE UFC 255: WATCH THE FULL EPISODE OF COUNTDOWN | FIGHTERS ON THE RISE | GO INSIDE THE OCTAGON

He wasn’t, and Orion got a contract, as well, and while the storybook ending of the brothers beginning their stay in the UFC on the same night won’t be happening, Cosce is planning on making it a night to remember for the family. And in a perfect world, that’s another quick finish. So no, don’t think that Cosce is one of those fighters who wants a longer fight to show off more of his skill set.

You also build quite a fan following, and Cosce is getting there. Dare we say he’s living the dream?

“I've been competing all my life and I pretty much come from nothing,” he said. “I've been waiting my whole life to be here, so I'm enjoying every single moment of it. It's a dream come true finally being here and actually being able to compete and try to become one of the best in the world.”