Looking Ahead: What's Next For Weidman 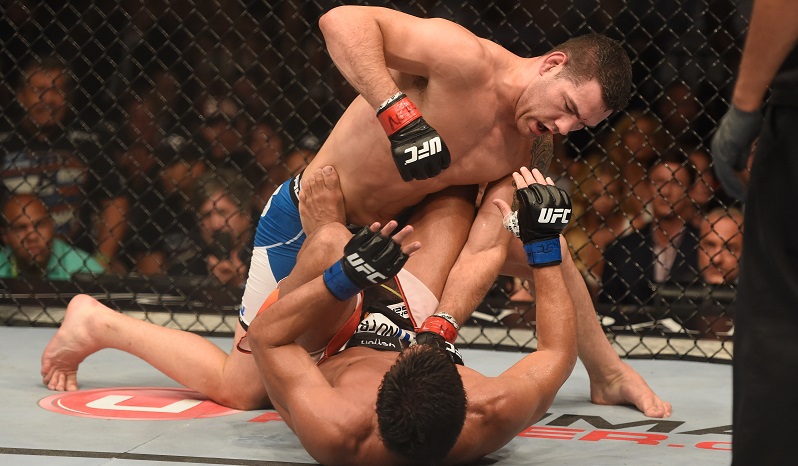 After almost 25 minutes of war in the main event of UFC 175, title challenger Lyoto Machida unloaded a last-minute barrage of punches at the champ, hoping to land a desperation knockout blow to become the first fighter to beat Chris Weidman.

But after a 10-second flurry, the champ collected himself, stepped forward and signaled to Machida to keep on coming. That hand gesture was the perfect end to the memorable bout, and the champ will need that fervor considering what's waiting for him in a daunting and stacked middleweight division.

Bryan Callen hosted a live podcast on the stage at UFC Fan Expo on July 6, and called the middleweight division the Murderers Row of the UFC. It's not really a stretch, either.

So with fight fans' focus beginning to shift to what's next for Weidman as he prepares for his next foe, UFC.com takes a peek at a number of those potential title contenders and what those matchups would look like. 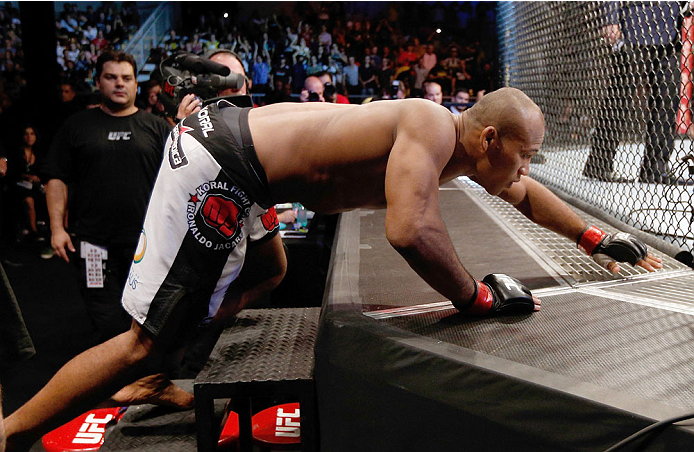 Jacare vs. Weidman may be the most intriguing matchup that lies ahead in the division. The former Strikeforce king has an always-improving stand-up game that he is able to combine with world-class jiu-jitsu and judo.

Souza is a perfect 3-0 in the Octagon and is set for a huge clash with Gegard Mousasi. Jacare suffered a loss against Mousasi back in 2008, so a win over the veteran middleweight would surely make a strong case for Souza to be next in line for a shot at Weidman.

When Jacare and Weidman finally hook up, their stellar skill sets will set the stage for an intriguing matchup. Both fighters look to take the center of the Octagon and are always going forward and pushing the pace. Both fighters can get the fight to the ground, and when they do they will look to throw powerful shots from every position. Souza's transitions are amazing, and if Weidman finds himself in the top position, the questions will be whether or not he's able to deploy his deadly ground and pound with Jacare looking for a submission. 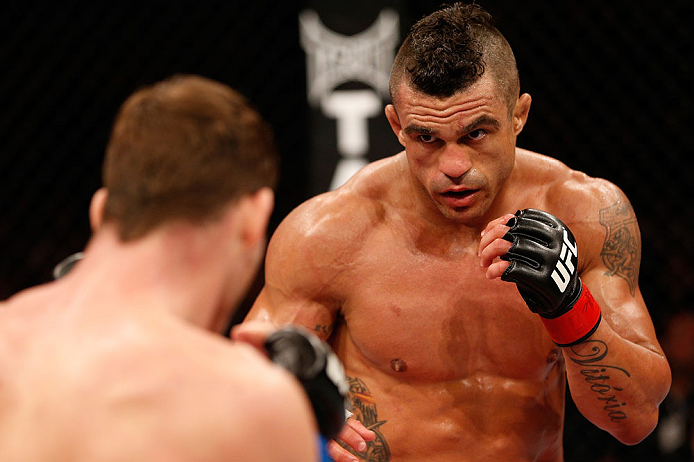 One of the most feared strikers in UFC history, Belfort has won 10 of his last 12 fights, losing only to Anderson Silva and Jon Jones in title fights.

"The Phenom" was set to face Weidman at UFC 173, but the bout fell through when the Nevada State Athletic Commission banned the use of testosterone. Belfort was on the drug and needed time to ween himself off, but he failed a random drug test in February, which means he'll still need to be approved by the commission before he is able to compete again in the UFC.

If Belfort is able to return to the Octagon, he'll present a unique challenge for Weidman with his power and experience. The champ showed he can take a punch at UFC 175 after Machida landed a number of big shots in the later rounds, but Belfort would be the biggest puncher he's faced yet in his career.

Something else to remember about Vitor, who holds a black belt in Brazilian jiu-jitsu, is that he almost forced Jones to tap out due to an armbar when the two met at UFC 152. If Weidman is able to get Belfort to the ground, where the champ does some of his most devastating damage, he'll have to be careful as Vitor looks to attack from his back. 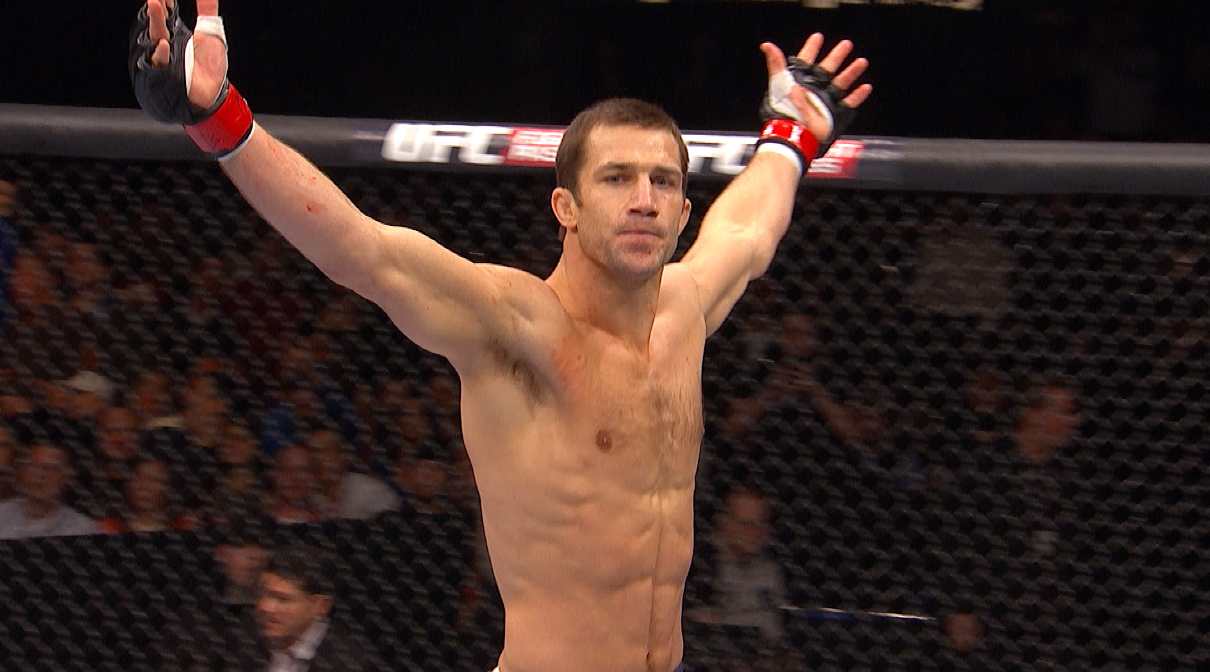 Rockhold is still recovering from a broken toe suffered against Tim Boetsch at UFC 172, but the former Strikeforce champion has been very vocal about wanting a rematch against Belfort, the only loss he's suffered in his last 12 fights.

With Weidman looking to need some recovery time of his own after his war with Machida, a No. 1 contender match between Rockhold and Belfort could be a possibility if Belfort is able to fight.

Known for his clever and accurate striking, Rockhold, a Brazilian jiu-jitsu black belt, has demonstrated his well-rounded arsenal throughout his career, with five submission wins, most recently a finish of Tim Boetsch in April.

Weidman has showed his elite stand-up, controlling KO artist Machida for the majority of their fight in the stand-up, as well as in the historic KO finish of Anderson Silva. Rockhold would be best served to use his accurate striking to wear down the champ and take his chances in the later rounds, unless he can pull off a submission on top or from his back. 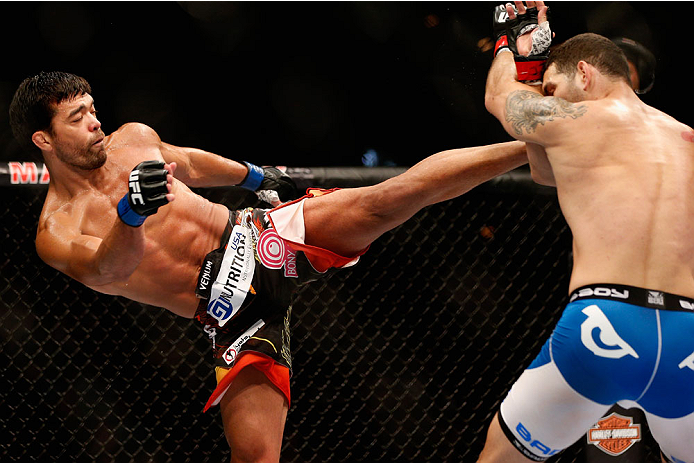 This is an easy one - who doesn't want to see five more rounds between "The Dragon" and Weidman? It looked like Machida figured some things out in the fourth round against the champ, and another meeting between the two would be a very compelling main event.

With so many other contenders waiting for their shot, it's impossible to predict who will get the next shot, but Machida-Weidman 2 is a guaranteed thriller after what we just witnessed at UFC 175.

What's Your Take? Make sure to tell us what you think in the comments below!