Looking Ahead: What's Next For "Cowboy" Cerrone

Donald "Cowboy" Cerrone is on a hot streak, winning his last four inside the Octagon. UFC.com takes a look at what could be next for the lightweight contender. 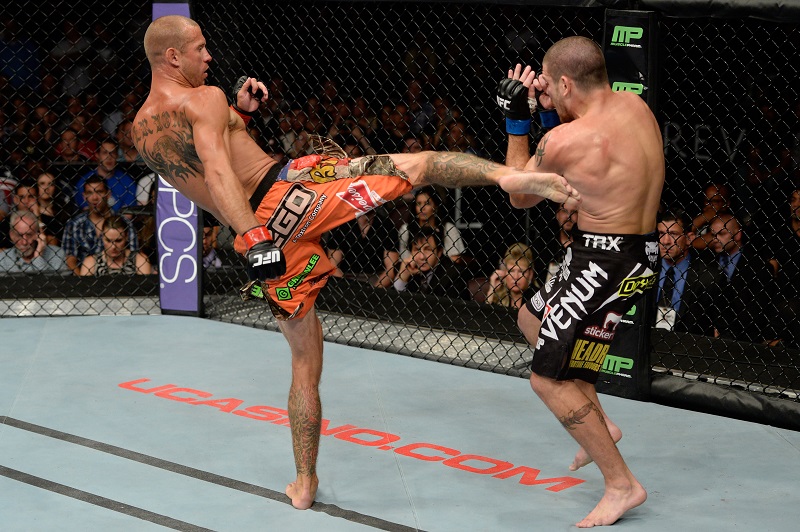 Putting together a win streak nowadays inside the Octagon is no small feat. Every division is absolutely packed with talent and, on any given night, even the best of the best are bound to taste defeat.

Donald Cerrone continued his impressive beat down of the lightweight division at Fight Night Atlantic City Wednesday when he became the first man to hand Jim Miller a loss by knockout.

That makes four straight finishes for "Cowboy" and there seems to be plenty of options waiting for him in his next potential fight. Let's look at some of the possible matchups. 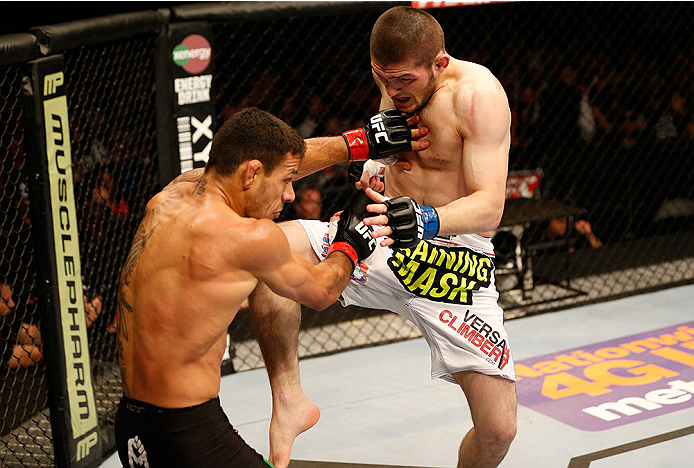 The undefeated Russian lightweight, who is currently ranked No. 4 in the official UFC rankings, would be a massive test for Cerrone. The first thing most fight fans think about when referencing Khabib is his amazing sambo, which was on full display in his dominant win over Abel Trujilo at UFC 160.

But Cowboy's elite takedown defense may be the answer to handing Nurmagomedov his first loss. Cowboy defends takedowns at an 87 percent clip, which is good for the second-best mark in lightweight history. If the fight remains on the feet, look for Cowboy to unload his devastating striking assasult which has helped him to a division record 12 finishes in his UFC/WEC career.

> Watch: Cowboy Talks About The Meaning Behind Tattoos

Cerrone has some unfinished business with both Benson and Rafael, suffering losses to both fighters earlier in his career.

But some would argue that the current version of Cowboy is the most dangerous ever. Those looking for evidence need to look no further than his relentless pursuit of the finish throughout his current win streak. Against dos Anjos the first time around, both fighters landed their share of shots on the feet, but Rafael was able to pull off a pair of takedowns and control Cowboy on the ground.

Benson holds a pair of victories over Cerrone back in their WEC days, but the last meeting was over four years ago. It might be time for the third episode in the trilogy to see who gets a crack at the winner of Anthony Pettis and Gilbert Melendez. 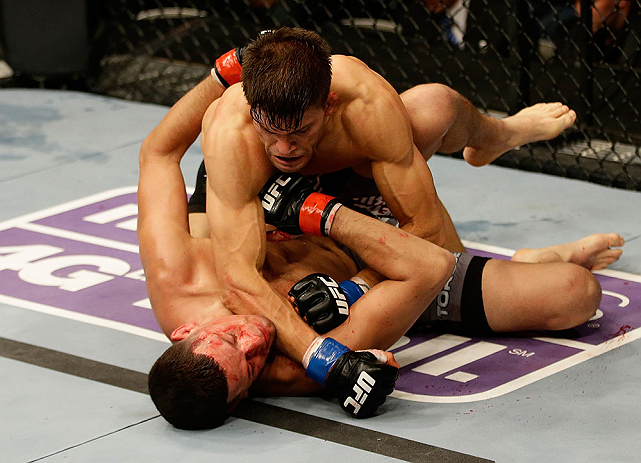 Making his presence felt immediately when he made his return to the Octagon in April 2013, Thomson became the first fighter to ever finish Nate Diaz by KO or TKO with a brutal head kick.

Thomson, the former Strikeforce lightweight champion, made three appearances in the UFC back in 2003 and 2005. After beating Diaz, Thomson met former UFC champ Benson Henderson back in January and lost by split decision. "The Punk" will fight Bobby Green at UFC on FOX: Lawler vs. Brown on July 26, and if he wins he'll be looking to get back into the title conversation, and what better title eliminator bout  than Thomson vs. Cerrone.

Going into Cerrone vs. Miller, everybody seemed convinced the bout had fight of the year potential, and a Cerrone-Thomson slugfest has the same appeal.