Look Out - The Old Luiz Cané is Back

"Many people think that when you come from a defeat, you need to make a safe and boring fight in the next one. I won't stop searching for a knockout." - Luiz Cane 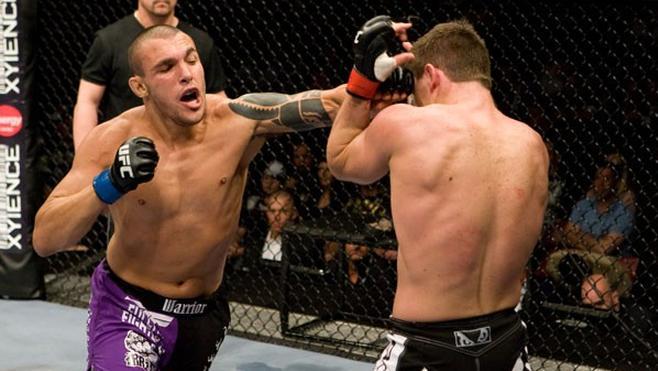 It’s an old saying that from defeat you become stronger, and over the years we have watched several fighters redeem themselves after losses. Whether it's Georges St-Pierre after the first Matt Serra fight or Jon Jones after his bout with Matt Hamill, the negative outcome provides a time to rethink your strategies, behavior and training regimen in order to not repeat what just happened.

But what if the exact same result occurs in the following match, where the fighter in question - Luiz 'Banha' Cané - left us with an impression of 'I already watched this before', in his fight against French kickboxer Cyrille Diabaté at UFC 114 last May.  The tough Brazilian had now fallen twice by TKO in the first round, and the question remains - did Cané unlearn what he had absorbed in a six year career?

"My problem is that sometimes I put a lot of emotion into my fights, and I learned the hard way that that's a mistake," he said. "Against Diabaté, I was doing well, I knocked him down early, but when the fight came back to our feet and we clinched, I saw blood coming from my nose. At that same second I forgot the game plan and everybody watched what happened. It's stupid, but it’s the truth (laughs)."

With two consecutive technical knockouts suffered (the first to Antonio Rogerio Nogueira at UFC 106), Cané was living the phrase 'you're only as good as your last performance,' and he went from being a feared Brazilian Jiu-jitsu and Muay Thai fighter to a not so good competitor. The Armory team member understands, but he doesn't accept an evaluation like that. And after suffering some dents to his armor in his two last bouts, Cané has started to see the good side of some bad situations. For him, optimism is the first step to rebirth.

"The time off (from May 2010 to March 2011) was important for me to stay 100% in my job," he says. "Joe Silva (UFC matchmaker) gave me enough time to organize my life after a nose surgery I underwent after my last fight and the change to my new team, The Armory. I'm much more motivated after the understanding that Silva had regarding my situation."

This weekend at UFC 128, Cane will be facing Eliot Marshall, who replaced the Czech Republic’s Karlos Vemola, Cané's original foe. Marshall will be a good test for the Brazilian's confidence. And it isn't what problems Marshall will present if the match goes to the mat; everything rests where the fight starts - on the feet. If after trading bullets with Nogueira and Diabaté Cané was dropped, will he have confidence to trade again?

"I don't know if it's negative or positive, but many people think that when you come from a defeat, you need to make a safe and boring fight in the next one," he said. "I won't stop searching for a knockout because I don’t want to risk myself. What I learned and what I'm working on at The Armory is fighting smartly. My goal is unchanged - finishing fights."

In this light heavyweight contest, many questions will be answered after 15 minutes or less. Marshall left the organization in 2010 and won three fights and is back in the UFC, so he needs to prove he belongs with the elite, while Cané lost two in a row and also wants to show that he belongs in the Octagon.

"In my last fight, I heard about winning to keep myself in the UFC and that didn't influence my style," he said. “I'm in the best shape of my life, technically too, I had a perfect camp, and in my opinion it'll make the difference. I'm very focused and ready to prove I belong to elite of the sport. I'm better than ever, with much more experience, I’m faster, stronger, and with the old aggressiveness to finish the fights."