Long Island's Bermudez Not Backing Down from Brandao

"I want to be in the UFC because that’s the best competition, and I really want to test myself and see where I’m at." - Dennis Bermudez 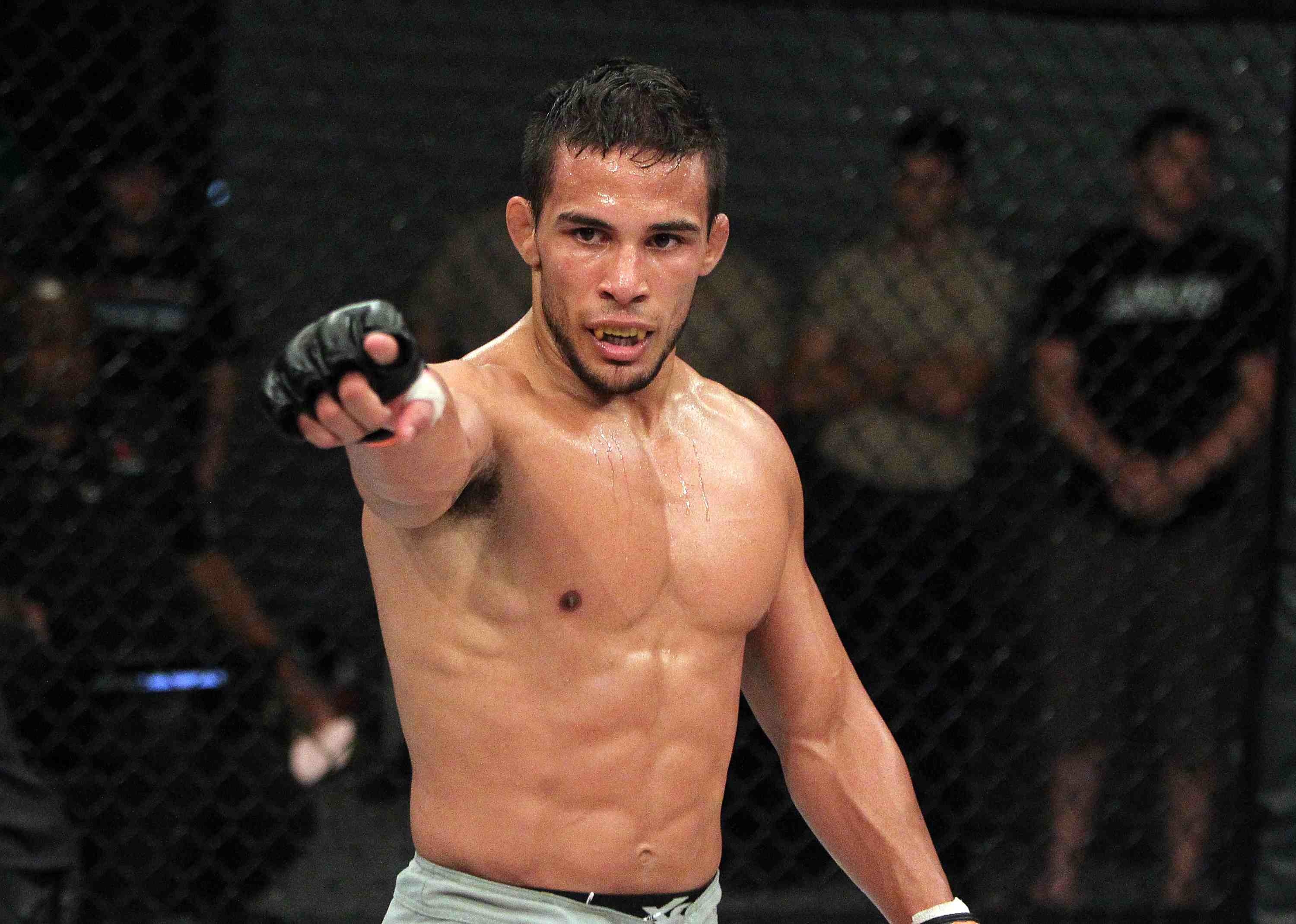 He was knocked down, slammed, and nearly submitted, but every time Dennis Bermudez hit the deck in his Ultimate Fighter 14 bout against Jimmie Rivera, he got up. Eventually, the bell sounded to end the first round, and Bermudez had 60 seconds to regroup and get ready for the most important five minutes of his career.

“I knew I lost that first round and I kinda got dominated,” said Bermudez. “It wasn’t that I wasn’t mentally focused; there was a little lack of coordination between my brain and my body.”

It was the worst time to have such a disconnect. A former Division I wrestler for Bloomsburg University, Bermudez entered the TUF14 competition as one of the better known competitors, one expected at the very least to earn a spot in the house for the meat of the single elimination tournament. But now he was on the verge of defeat.

“I was feeling gun-shy,” he admitted. “He (Rivera) was hitting me and I was backing out, but I wasn’t hitting him back. So I said, ‘well, he’s hitting me anyway, I might as well hit him.’ (Laughs) And I stood in the pocket a little bit more.”

He sat on his stool after round one, and as his cornermen delivered instructions, he interrupted them with three simple words:

“I don’t know if people saw this, but there’s a whole different aura about me from the first round to the second. I had a little more pep in my step, I was a little more crisp, and I felt great.”

At 1:40 of the second round, Bermudez made a complete 180 degree turn, stopping Rivera via strikes. He was in the TUF house, and two wins over Stephen Bass (TKO2) and Akira Corassani (Wsub1) later, he is in Las Vegas, awaiting his featherweight finale bout against Diego Brandao on Saturday night.

The Rivera fight was almost a microcosm of the 24-year old’s pro career thus far, as he’s gone from high to low and back to high in the space of two years instead of two rounds. A native of Saugerties, New York, Bermudez built a solid reputation early on, winning his first seven bouts, including a decision victory over UFC vet Shannon Gugerty in September of 2010. But the high of beating Gugerty didn’t last long, as later in the Shine Fights one night tournament, he was submitted by another UFC veteran, Drew Fickett.

“My first loss to Drew Fickett was in the Shine Fights Grand Prix, and I already had a grinder with Shannon Gugerty in the first round, and then I came out and fought Drew Fickett in the second round, and I just wasn’t mentally ready,” said Bermudez of the first round submission loss to Fickett. “And it pissed me off that I did that because I’ve never done that in my life. I questioned what I was thinking and why my mind was like that.”

Two months later, Bermudez, still fighting at 155 pounds, was submitted in the first round again, this time by Jordan Rinaldi.

“My second loss, I wasn’t in any fighting camp,” he said. “I was just working out on the bags and sparring any Joe that I could because I wasn’t training with anybody. I was just running the roads and working at a fitness gym. The first exchange he caught me early and I fought not knowing what the hell was going on for two minutes.”

It wasn’t the ideal way to head into The Ultimate Fighter, but between his loss to Rinaldi and his trip to Las Vegas, Bermudez relocated to Long Island and began training with a dedicated team that upped his game and his focus considerably.

“I originally started my MMA career in the Harrisburg, Pennsylvania region, and last year I moved here to Long Island and I feel like I got in with the right crowd,” he said. “I have great fighters around me. I work out with two different pro boxers, Chris Weidman’s here, Phil Baroni’s old striking coach – Keith Trimble – is here, I’ve got a black belt jiu-jitsu coach in Greg DePasquale, and I’ve been working out with the Hofstra wrestling team, so I just have great athletes around me right now that are giving me a look that I think I need. And I think that had a lot to do with my success of going through the house.”

Once the first round with Rivera was over, Bermudez kicked his game into gear and battled to a position where he’s just one win away from a UFC contract. Sure, he hasn’t been as spectacular as knockout artist Brandao has been, but his grit will serve him well should the bout get into the later rounds.

“Diego likes to bully his opponents around, and that’s weird because that’s kinda what I do too,” said Bermudez of his opponent. “I like to hold the center and then push them around and get in their face and kinda put like a blanket over them so they can’t breathe. But I think I’ve got better cardio than him and I think I’ll be a little bit more clear-headed as well.”

And if Bermudez has shown anything, he’s not about to shy away from a scrap.

“Anything I’ve ever done in my life, I’ve always sought out the highest competition,” he said. “When I made the step in wrestling from high school to college, DII and DIII were available, but I wasn’t gonna wrestle unless it was DI. I never dodged anyone, I was always looking to try and wrestle the national champs or the All-Americans, and this is the same scenario. I want to be in the UFC because that’s the best competition, and I really want to test myself and see where I’m at.”