Lombard, at 39, has no intentions of slowing down 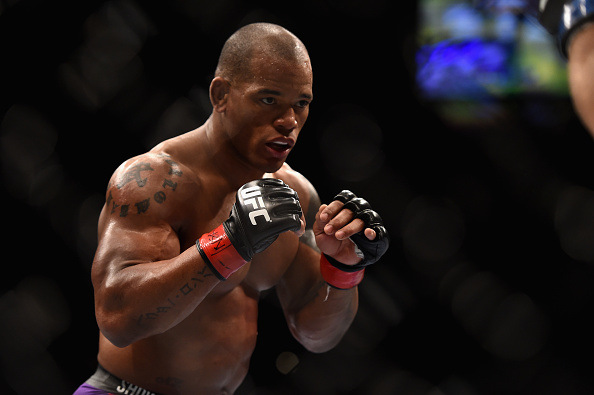 Hector Lombard squares off with Josh Burkman in their welterweight bout during UFC 182" align="center" />
Last weekend at UFC 208 in Brooklyn, former middleweight champion Anderson Silva stood in the center of the Octagon fighting back tears as he brought a three-year, five-fight drought to a halt.

Speaking with Joe Rogan after the bout, the 41-year-old Brazilian legend echoed sentiments he had shared in the build up to his bout with Derek Brunson, admitting that he was falling behind the pack physically and that maybe his best days are behind him, while pledging to carry on because competing inside the Octagon brings him joy.

While “The Spider” channeled his inner Bruce Lee in sharing his poetic, flowing sentiments on continuing to fight, Hector Lombard’s feelings on still taking to the cage a couple weeks after celebrating his 39th birthday are more in line with the ideas of current UFC welterweight and admitted thrill-seeker Donald “Cowboy” Cerrone.

“I’d like to compete as long as I can compete,” said Lombard, who faces off with Johny Hendricks this weekend in Halifax. “It’s a drug and I believe most fighters feel the same way.”
RELATED: Lombard featured in KO of the Week | Fighter bio | Matchup w/ Johny Hendricks

Cerrone espoused the same analogy a few years back, suggesting that the feeling of winning is like a high and every time a competitor makes the decision to step back into the fray, they’re chasing that elusive feeling. Former bantamweight champ Holly Holm referenced her longtime teammate’s line of thinking prior to last weekend’s Pay-Per-View and it seems as if Lombard would happily subscribe to that newsletter as well.

“Once you get that excitement and that adrenaline going through your body, you don’t want to give up,” he added. “You want to keep going. It’s something special.”

The former Olympic judoka enters Sunday’s co-main event pairing with Johny Hendricks on a two-fight losing streak, having fallen to Neil Magny last March before making a quick turnaround to take on Dan Henderson in what would be the legendary American’s final victory under the UFC banner.

Looking back on his 2016 campaign and his career as a whole, Lombard admitted that he’s been prone to bouts of overconfidence, and he cites his lack of focus and miserable weight cut to make the 170-pound welterweight limit for his bout with Magny as the reason he enters this weekend with back-to-back losses on his resume.

“One of the things that always kills me is I’m overconfident and I can’t be this way any more; I need to be more 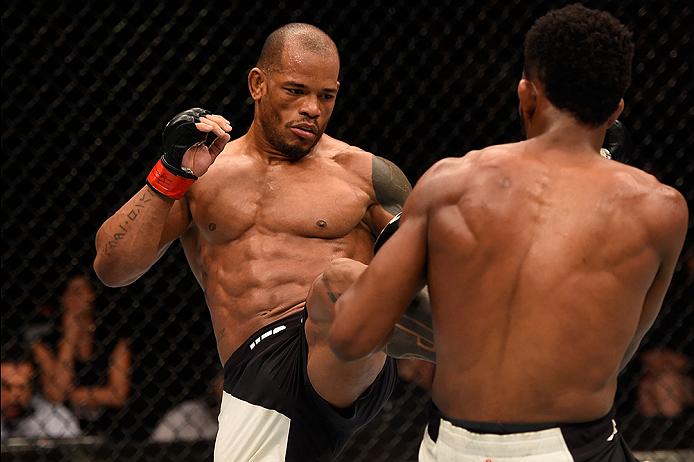 serious,” said Lombard, who has posted a 3-4 record with one no contest since arriving in the UFC in 2012. “The fight with Magny, I didn’t really take him seriously and I thought I was going to walk through it and it didn’t happen that way.

He returned to middleweight following the bout with Magny, but ended up on the wrong side of an explosive back-and-forth with Henderson less than three months later at UFC 199 in Los Angeles.

After winning 34 of 38 appearances over the first decade of his career and never dropping two-in-a-row, the American Top Team representative is actually looking to halt a three-fight slide on Sunday with his last official UFC victory coming against Jake Shields at UFC 171. That bout – and the victory over Nate Marquardt before it – took place at welterweight, which means you have to go back even further, to his December 2012 triumph over Rousimar Palhares, to find the last time Lombard had his hand raised while competing in the middleweight division.

Despite his recent struggles, Lombard remains unfazed, both by his up and down time in the Octagon and heading into Sunday’s matchup with former welterweight champion Hendricks, who has dropped four of his last five fights after winning the title that same night in Dallas when Lombard bested Shields.

For Lombard, it’s all about challenging himself against the best in the world and chasing that feeling – the one that makes Silva so happy and makes Cerrone and others feel like a fiend in need of their next fix.

“I didn’t come to face all the no-name fighters and pad my record, to say I have seven wins in the UFC, but against nobodies,” he said. “Every person that I’ve fought is a former champion or Top 10, so that’s where I want to be at and I want to stay that way.

“Some times I have been unlucky and some decisions I believe I won. S**t happens; that’s life. It’s put up or shut up.

“I like competing and it’s a passion that I have. I don’t really have to fight. I could make a living doing something else, but I fight because I like it.”