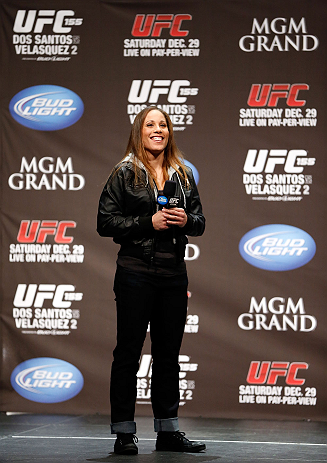 "Liz discovered mixed martial arts during her time in the Marines. 'I was looking for something to challenge me physically and mentally. Some people had suggested trying out MMA, and what started as something just to trying get in shape turned into a major life change.' She served her entire tenure under the discriminatory 'Don't Ask, Don't Tell' ban on open service. She says 'it was really difficult, from meeting other people who were part of the LGBT community and couldn't be open about who they were, and my own issues with people trying to "out" me, and the derogatory terms that people would use against (gay people). It was really difficult.'"