Lineker and Dodson deliver the goods in main event 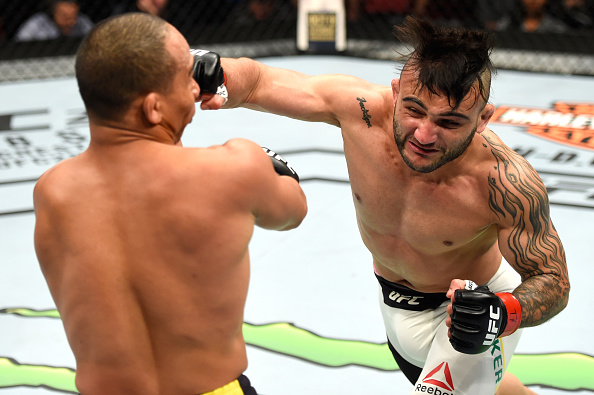 “I trained very hard for this fight, I came here for five rounds, I got one round after the other, that’s the way I like to fight,” Lineker said.

“I’m a fighter, I’ll fight anybody they put in front of me, but I think I deserve Dominick Cruz,” Lineker, who extended his winning streak to six, said. “It’s my turn now.”

Much of the offense in the first three minutes was generated by kicks to the leg and body, with both fighters taking a measured approach to the bout. With under two to go though, Dodson struck with the biggest shot of the fight thus far, as he landed a kick to the head. Lineker took it well and answered a few moments later with a couple hard haymakers, reminding “The Magician” that he was still around.

Lineker got busier in round two, firing off range-finding kicks as he continued to stalk Dodson, but he was getting sloppy 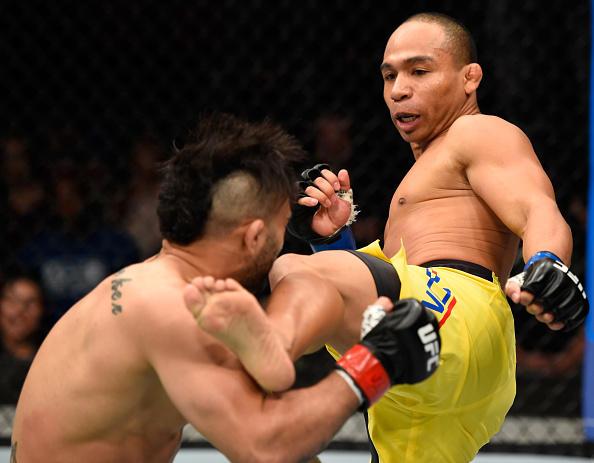 in his rushes, allowing Dodson to land a hard straight left. Midway through the round, Lineker taunted Dodson in an attempt to get him to stop moving, but the New Mexico product wasn’t biting. An inadvertent low knee floored Lineker and prompted a halt to the action, but when the fight resumed. Lineker began landing, getting him closer to his opponent.

In the second minute of round three, a fight broke out, with a furious exchange miraculously keeping both men standing. With under two minutes left, a right by Lineker knocked Dodson off balance, but the former flyweight challenger recovered quickly. Lineker was landing the harder shots more frequently now, and the Brazilian was loving it.

The pattern of Lineker stalking and Dodson moving continued in the fourth round, with the bursts of action at close range now favoring Dodson, as he made Lineker miss and then made him pay. With under two minutes left though, Lineker went on the attack and hurt his opponent with some body shots, finally slowing Dodson down a bit.

The pace dipped slightly in the fifth round, a testament to the effort given by both men, and Dodson took advantage by landing some pinpoint counters. And while Lineker briefly rocked Dodson with 1:40 left, “The Magician” roared back by jarring the Brazilian seconds later and scoring a brief takedown before the final horn.