Just one week after giving birth, Lina Lansberg was back in the gym.

Her ability and mindset to be able to bounce back so fast and return to fighting after bringing Kleo into the world came during her last fight against Sara McMann in January 2020.

“In one way, I have to say a huge thank you to Sara McMann because when I fought her in my last fight, she came back from giving birth and she is one year older than me,” Lansberg told UFC.com. “That made me realize that it’s possible and it’s even a good thing. I’m a bit surprised on how it feels and how the body reacts to it; it’s so much better than I believed.”

Lansberg wants to show other women that are fighters that they can come back, even after becoming a mom. She has found her return better in every way, which is something that made her even more excited to fight. 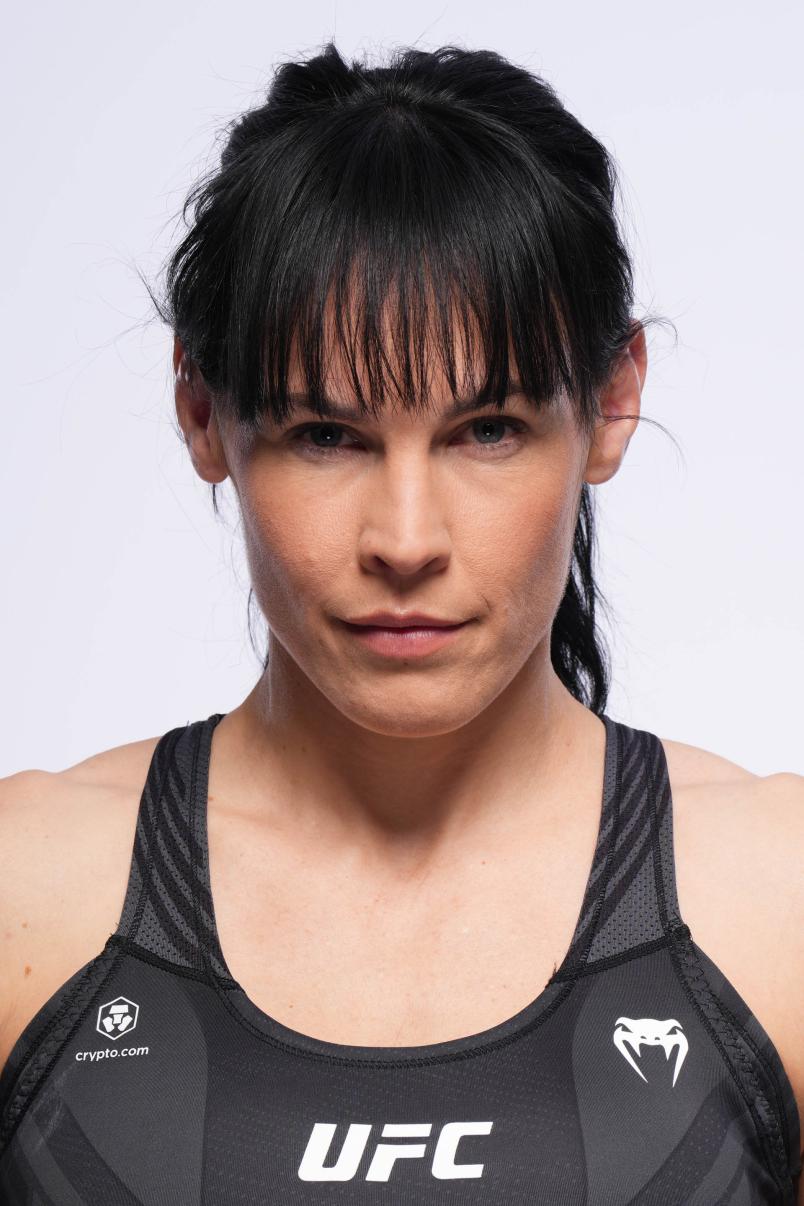 Lina Lansberg poses for a portrait during a UFC photo session on April 13, 2022 in Las Vegas, Nevada. (Photo by Jeff Bottari/Zuffa LLC)

Her original plan was to be back six months after her daughter was born, which was last March. However, she wanted that return to take place in Europe, so she didn’t have to travel far away, but due to COVID she wasn’t able to. And even though, she didn’t get to have her first back in Europe, she was able to bring her daughter to Las Vegas for her return at UFC Fight Night: Luque vs Muhammad 2.

Lansberg’s opponent is one she has met before, Pannie Kianzad. The two faced off 10 years ago in Lansberg’s first professional fight, which took place in Sweden. Ultimately, Kianzad finished Lansberg in the third round, but the two were destined to meet again on a much bigger stage.

“I always knew that she was going to have a contract in the UFC because she’s a really good fighter and we are ranked so close to each other; it’s definitely a fight that I expected to happen,” Lansberg said. “Of course, it would’ve been nice to do that in Europe or Sweden, maybe. It doesn’t really matter if it’s her or somebody else and that we fought before it doesn’t really affect me in any way.”

Both fighters will be representing Sweden on Saturday night and have crossed paths a few times with training and friendships, but that isn’t a factor in this fight for Lansberg.

“I was thinking about that we do train with the same people; we do have the same friends and I really didn’t want them to have to choose, but it really doesn’t seem to be an issue at all,” Lansberg said.

When asked what fans can expect to see on Saturday between the two bantamweights, Lansberg put her answer simply. 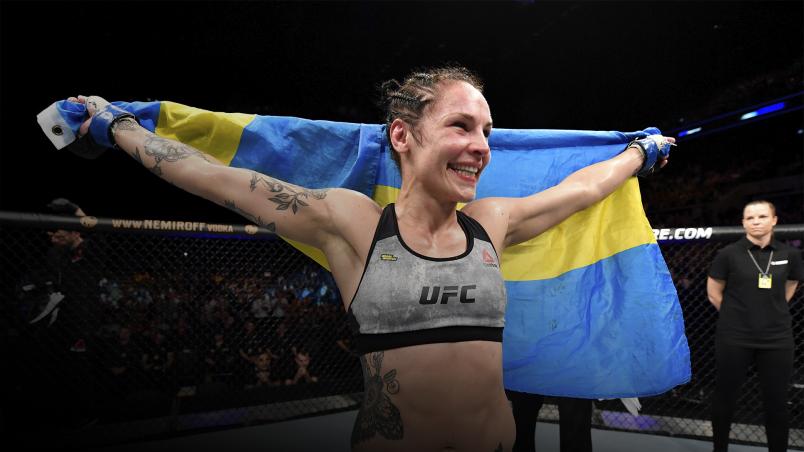 Lina Lansberg of Sweden celebrates her victory over Macy Chiasson in their women's bantamweight bout during the UFC Fight Night event at Royal Arena on September 28, 2019 in Copenhagen, Denmark. (Photo by Jeff Bottari/Zuffa LLC)

“I think they’re going to see a war definitely.”

To say the least, things have changed a little bit in the bantamweight division since Lansberg last fought. There is a new champion sitting atop the throne after Julianna Peña upset Amanda Nunes at UFC 269. However, Lansberg made her prediction that things will be different the next time the two fight each other.

Both Nunes and Peña are mothers, just like Lansberg. It’s something that the 40-year-old hopes to shed light on in the coming years.

“One thing that I also think that is impressive, it’s two more people that are mothers, and I think that UFC really should do something huge about that,” Lansberg said. “It’s cool, a thing that so many women in the Top 15 have been pregnant and have come back to a sport like MMA.”