Where We Stand: Light Heavyweight Division

Light heavyweight was defined by Jon Jones in the 2010s. Entering a new decade, a fresh generation is starting to rise to the challenge.
By Zac Pacleb, on Twitter @ZacPacleb • Apr. 9, 2020

With all due respect to Daniel Cormier, the light heavyweight division was defined by Jon Jones in the 2010s. After becoming the youngest ever champion in 2011, Jones took down four iconic former champions before proceeding to turn his attention to fellow younger contenders. Suspensions and other bumps in the road halted his reign for a time, but a return to action at the end of 2018 opened the doorway to three more title defenses as the decade closed.

Now, Jones still reigns as the light heavyweight division searches for its next contenders. The gap seems to be closing though, as his last two title defenses were the most competitive he’s had since his first bout with Alexander Gustafsson. Today, though, the 205-pound ranks are welcoming more and more contenders who grew up on Jones’ dominance and dream of being the man to defeat arguably the greatest of all-time.

Here’s a look at the light heavyweight division:

Outlook: For nearly a decade now, the truth of it is that Jon Jones’ run at the top is as special as any we’ve seen in the sport. Since stepping in the Octagon for his debut in 2008, “Bones” made good on the potential dripping off him to enter a special pantheon of fighters that currently might only include Anderson Silva and Georges St-Pierre. Of course, his baggage outside the Octagon clouds a bit of his legacy, but he is unquestionably one of the greats after cleaning out the division. Of late, though, he’s faced some of his toughest tests. Thiago Santos pushed him to a split decision despite fighting on a busted knee in the latter half of the contest, and some people argue Dominick Reyes did enough to dethrone the king. Jones still holds the belt, though, and when you spend the amount of time at the top as Jones has, those margins shrink as the spotlight remains. Jan Blachowicz might be the most logical contender to take a shot at the belt next, but potential rematches with Reyes and Santos loom as well as Jones’ open talks to move up to heavyweight. When you spend so much time watching a great athlete, it’s easy to take his ability for granted. The next time Jones steps into the Octagon, it’s well worth taking the time to enjoy the run he continues to extend.

Outlook: Dominick Reyes’ title push at UFC 247 puts him in rarefied air occupied only by Alexander Gustafsson in terms of coming closest to taking the crown off Jon Jones’ head. At times, Reyes out struck Jones during their 25-minute contest, landing several flush strikes to Jones’ body and head. He showed that his takedown defense is vastly underrated, as well. What comes next is tricky for Reyes. He could call for a rematch, and nobody would really dislike seeing the two run it back, except for Jan Blachowicz. The nice part for Reyes is that his run up the rankings didn’t include anyone else in the top 5, so his options are wide open should he have to take a fight before getting another title shot. What we do know, though, is Reyes is the real deal with championship-caliber ability. 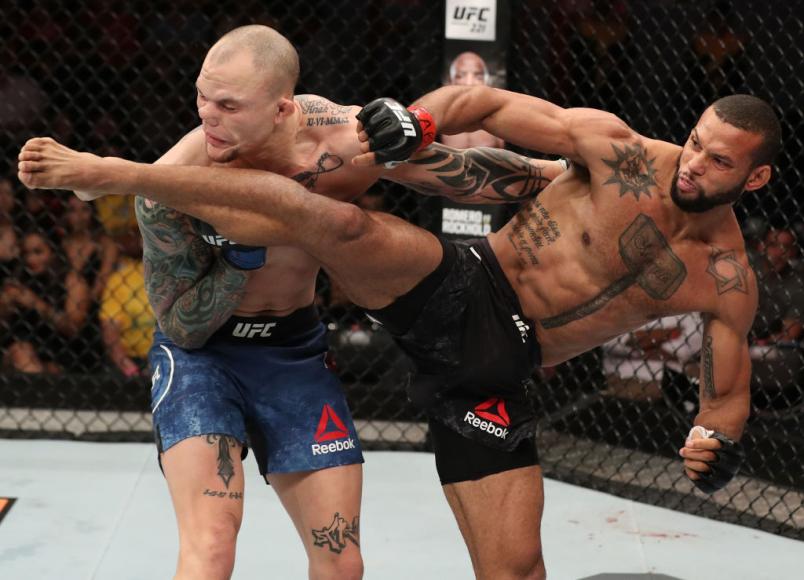 Outlook: When Thiago Santos moved up to 205 pounds, it was a wonder how he fought so long at middleweight. Riding a three-fight knockout streak into his title challenge against Jon Jones, the general thought was that “Marreta” carried the power to stop Jones and take the title. Though the fight was close, he walked away empty-handed and with a serious knee injury. His timetable for a return is still unclear, but he gained plenty of respect as the only fighter to push Jones to a split decision. Once Santos returns, he might only need one or two fights before he is knocking on Jones’ door once again, and when Santos knocks, it is booming. 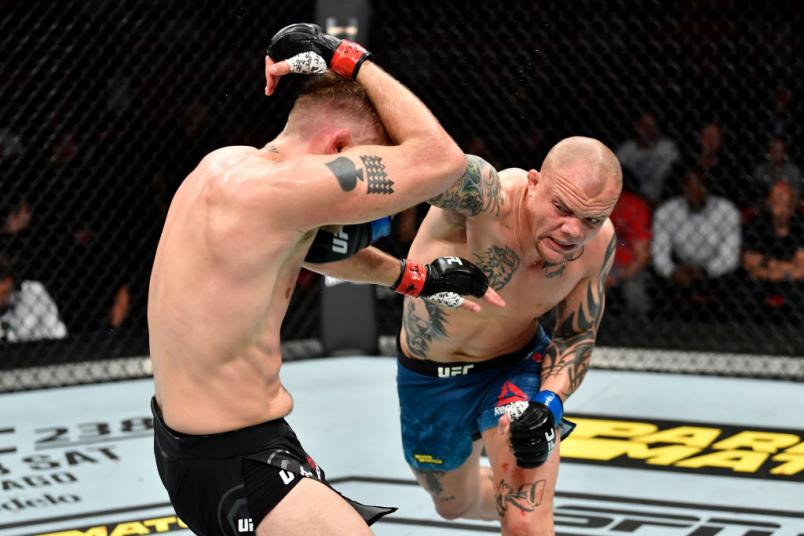 Outlook: After moving up to 205 pounds, Anthony Smith became a bit of a legend-killer himself, taking out Rashad Evans and Mauricio Rua in his first two light heavyweight bouts. He also scored a pair of wins against former title challengers Volkan Oezdemir and Alexander Gustafsson before and after his loss to Jon Jones for the title at UFC 235. Smith, though, looked unfazed and back into his action-packed style against Gustafsson, proving he’s here to stay at the top of the division. The question he searches to answer, though, is his path back to title contention after a disappointing performance against Jones. Looking at Smith’s record, that pathway might just come from sheer volume. Culminating with the Jones fight, Smith fought five times in 13 months and beat Gustafsson three months after that. He took time off and is scheduled to face Glover Teixeira later this month, and it’s clear that “Lionheart” is a guy who is always up for a fight and always looking for the finish, especially now that he’s at 205 pounds.

Outlook: Ahead of Jan Blachowicz’s bout against Thiago Santos, he was riding a four-fight winning streak and garnering the title as the division’s dark horse. That bout didn’t end well for him, but he rebuilt his title case emphatically with a stunning knockout of Luke Rockhold, a grinding win over Ronaldo Souza, and finally, a knockout win against Corey Anderson with Jon Jones sitting cageside. Blachowicz is as no-nonsense as it gets in the division, with real, fight-changing power. His long arms allow him to generate power at range as well as inside a phone booth, and he has a surprisingly tricky submission game. The Polish Power is real, and he couldn’t have made a better claim at the next title shot than what he did against Anderson. And with five performance bonuses in his last eight fights, he’s the kind of person to bring the fight to Jones instead of waiting for a chance on which he can capitalize. 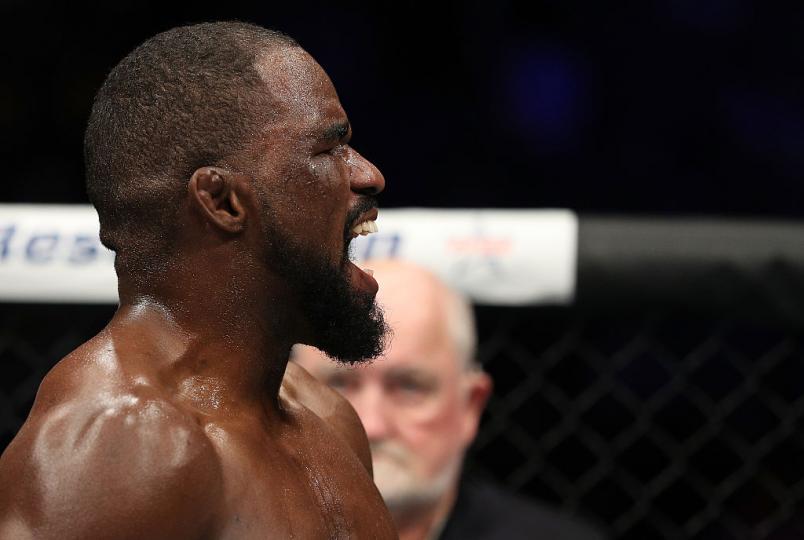 Outlook: Coming off his definitive win over highly touted prospect Johnny Walker, Corey Anderson let it be known that he felt he deserved a title shot. While that didn’t come, he got his chance to prove his worthiness as a contender in a main event rematch against Jan Blachowicz. Anderson beat the Polish fighter nearly five years before, but when they ran it back, Anderson ran into a massive uppercut that halted his title hopes. All is not lost for Anderson, of course. He was riding a four-fight winning streak beforehand, and he seems to have found a standup game that blends well with his wrestling acumen. There’s plenty of fights for him in the top half of the division, so he’ll have more opportunities to crack into the title picture soon enough.

Outlook: Last year saw a bit of a resurgence for a pair of former title challengers. Volkan Oezdemir found himself at a small crossroads after losing his title bid to Daniel Cormier and subsequently getting submitted by Anthony Smith. Although he dropped a split decision to Dominick Reyes, “No Time” looked back on track, which he reaffirmed in his steamrolling of Ilir Latifi and halting of the Aleksandar Rakic hype train, as Oezdemir looked as patient and powerful as ever in that bout. Glover Texeira, despite reaching 40 years old, is on his first winning streak since early-2016 with a pair of submission wins, to boot. He has an opportunity to jump back up into top contention when he faces Anthony Smith later this month. Rakic, to his credit, put his toughness on display against Oezdemir. Despite a gnarly hematoma on his leg, the 28-year-old eventually fell via split decision. It was the end of a 12-fight winning streak, but along the way, he has shown he is some new, fresh blood that has the goods to go with the hype.