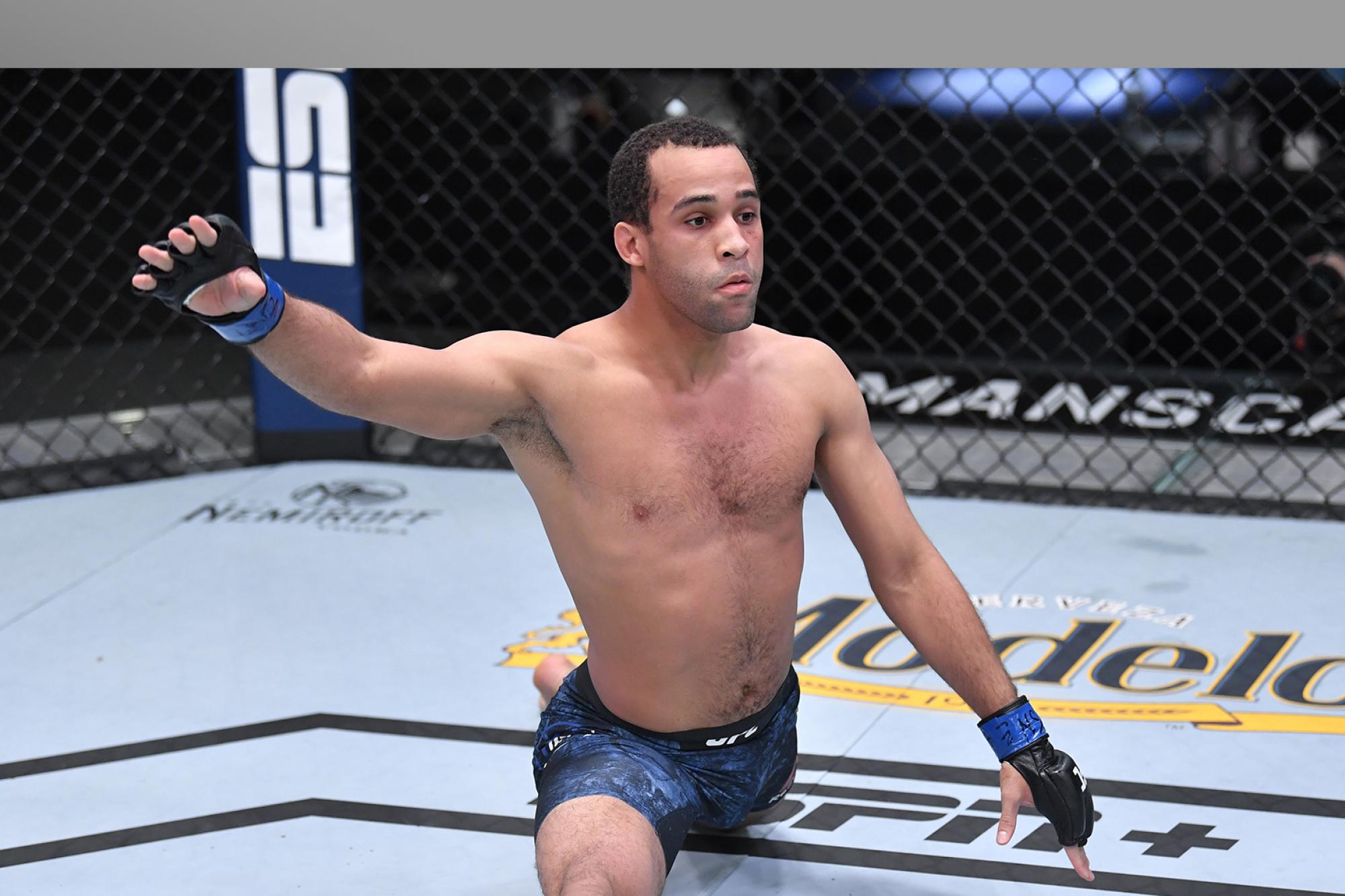 The LFA promotion has been a breeding ground for upcoming MMA talent. See which fighters came to UFC from LFA and made an instant impact in 2020:
By Walker Van Wey • Jan. 28, 2021

Between The Ultimate Fighter, Dana White’s Contender Series and the UFC, LFA has been a bridge to the big show for a host of top-notch fighters from the very beginning. So it only made sense for UFC FIGHT PASS to become the exclusive platform for LFA in 2019.

While Ed Soares and the boys were able to close out 2019 under contract with UFC FIGHT PASS and introduce the world to Brandon Royval and others in the closing weeks of the year, 2020 was the first full example of what LFA was able to bring to the table, and they delivered three of the most captivating rising stars on the UFC roster.

In mid-July the LFA introduced the world to an eccentric 155er named Jordan Leavitt. This unique personality wasn’t the most intimidating battler, but the undefeated 25-year-old strutted to the cage to the tune of Eminem’s “Lose Yourself” amid disclaimers of an awkward style from the commentary team.

In Chase Hooper-type fashion, Leavitt gave undefeated foe Leivon Lewis a false sense of security in top position, and by the middle of the second round, he sunk in an anaconda choke that was all the UFC needed to see to promptly offer him a spot on the Contender Series.

After winning his DWCS bout and earning a UFC contract, “The Monkey King” made his UFC debut against one of the longest-tenured fighters on roster in Matt Wiman. Seconds into the bout, Leavitt turned a slam opportunity into one of the most emphatic knockouts of 2020.

There’s plenty of buzz around the LFA product and he is sure to have a large amount of eyes on him when he returns for his sophomore effort in the UFC.

Any XFN fan under the sun saw this one coming a mile away.

The underground king of the lower weight divisions has been finishing fights and hoping that the UFC would keep the flyweight division he called home. After a Henry Cejudo victory changed the fate of the division, promotions were putting a heavier push into the flyweights and Jimmy Flick ended up headlining LFA 86.

It only took Flick 38 seconds to submit Greg Fischer with an arm triangle and set himself up for a DWCS shot. After a DWCS finish put him in the UFC, Flick drew 5’9” Cody Durden for his first taste of the Octagon. After going upstairs for the highest head kick a flyweight has ever thrown before and getting caught, Flick threw caution to the wind and attempted a flying triangle and it paid off.

The fish don't fry in the kitchen! Joaquin Buckley puts him down and out! #LFA87 pic.twitter.com/pIoDkYilTz

Last, but not least, the most heavy-handed entry on our list.

Joaquin Buckley made his LFA debut at LFA 87 and his gas tank and power were far from questionable. Buckley put it on Jackie Gosh for just under seven minutes before the referee put a stop to the bout.

With a style that favors brawls and highlight reel finishes, Buckley may have notched a loss in 2020, but a 2-1 UFC record last year and arguably the most watchable knockout in the history of combat sports against Impa Kasanganay, win or lose, Joaquin Buckley will be must-see TV for as long as he’s in the UFC.

To catch tomorrow’s stars tune into LFA 98 Friday ONLY on UFC FIGHT PASS!