Lewis uses past to focus on future

If you follow Derrick Lewis on social media (and you should), you know that the UFC heavyweight has got jokes.

From off-kilter videos featuring himself and others to some of the best memes in the business, the Houston native has taken to using Instagram and Twitter to showcase his playful personality, which is a far cry from the focused, menacing impression he gives off every time he steps into the Octagon.
RELATED CONTENT: Three fighters On the Rise | Albany kicks off great weekend of fights | Albany Fantasy Preview

As it turns out, his antics aren’t reserved strictly for social media.

“I’m doing horrible, but how are you?” Lewis said as we exchanged pleasantries over the phone.

After clarifying that I heard him correctly and running down the multiple professional reasons why he shouldn’t be feeling horrible – four-fight winning streak, set to headline a UFC event for the first time – the knockout artist with the deep baritone and laid back delivery started chuckling.

“I’m just making sure you care about me before we start this conversation, that’s all; make sure it’s worth my time,” he laughed, noting that I had passed my initiation and the interview could proceed. 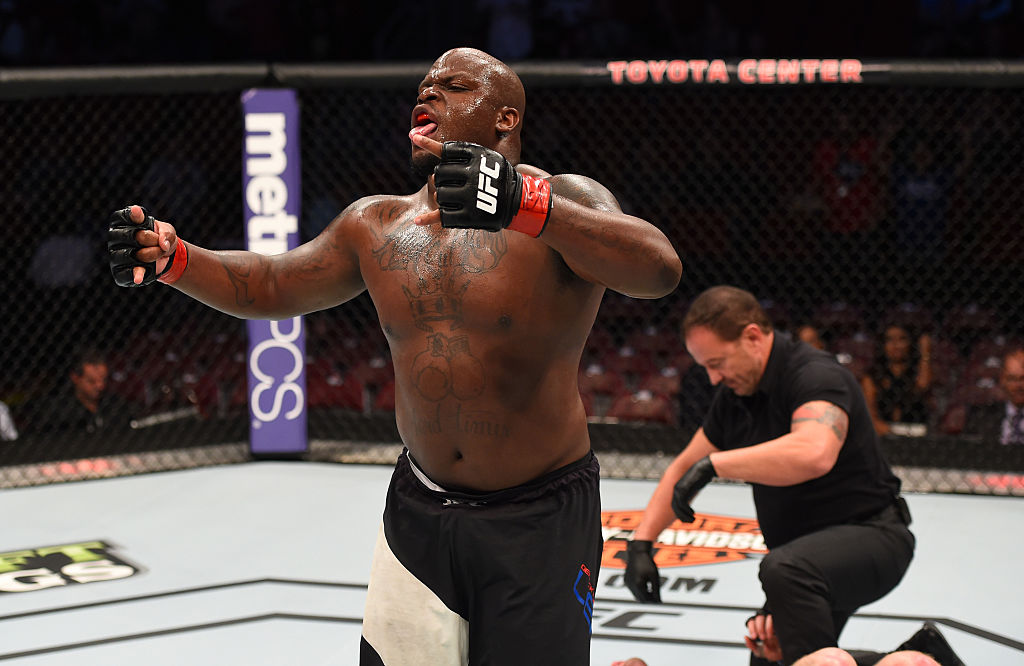 While the 31-year-old heavyweight likes to play around outside of the cage, he’s been all business inside the UFC’s eight-sided proving ground over the last 18 months. Starting with a come from behind victory in his hometown of Houston last October, Lewis has rattled off four straight wins to reach the Top 10 and get the call to headline Saturday’s promotional debut in Albany, New York.

It’s an achievement and opportunity that Lewis doesn’t take for granted, and his journey to this point is something the humble big man reflects on every day.

“A lot of people doubted that I would make it this far in my career because of going through all the stuff that I went through,” said Lewis, referring to his past troubles with the law, including a parole violation that netted him three-plus years in jail. “It’s a true blessing from God and me being focused, believing in my dreams and myself and not listening to the doubters and the negative people.

“By me thinking about it every day like I do, it keeps me focused and lets me make sure I’m on the right path.”

For his last two outings, that path has led Lewis to share the Octagon with Gabriel Gonzaga and Roy Nelson – the former a former title challenger and the latter one of the most experienced and popular fighters in the division.

Having emerged from each with a victory in tow and increased momentum in the always-turbulent heavyweight ranks, Lewis was hoping to be matched with a bigger name heading into his fourth appearance of 2016. Instead, he’ll face Shamil Abdurakhimov, a 35-year-old Dagestani heavyweight who has rebounded from a first-round loss in his promotional debut to pick up back-to-back decision wins over Anthony Hamilton and Walt Harris.

“By me getting this guy right here – I’m sure he’s a tough guy because every guy is a tough guy - he’s big and has power and anything can happen in the heavyweight division. But I feel some type of disrespect giving me a guy like this,” admitted Lewis, who had signed on to face up-and-comer Marcin Tybura as part of the October event in Manila that was postponed. “After fighting Gonzaga and ‘Big Country,’ (now I’m) fighting a guy that’s from overseas where they give them a lot of easy fights to build their record up.

“But maybe they’re giving me a Christmas present or something like that,” he laughed. “I’m not underestimating him at all because, like I said, it’s a heavyweight fight; anything can happen. I want to finish this guy and close out this year undefeated.” 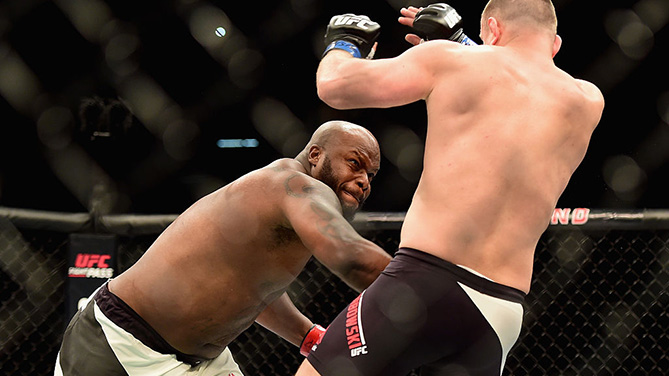 Though Lewis has always maintained he’s not concerned about rankings or where he falls in the heavyweight pecking order, he does set goals for himself, and making it through 2016 with an unblemished record was one of them.

Should he get through Abdurakhimov on Friday night at the Times Union Center in Albany, “The Black Beast” already has a resolution in mind for next year.

“My New Year’s Resolution for this year was to go undefeated and I’m almost about to achieve that,” Lewis explained. “If I can do what I know I can, that would be a big step in my career. I know next year is going to have even tougher challenges and my resolution for next year is that around this time next year, I would like to be fighting for the title; that’s my goal.”

And what about breaking out some of the unconventional, flying techniques that periodically appear on Lewis’ social media channels? Any chance fans tuning in this weekend will get a glimpse of those moves against Abdurakhimov?

“No, it’s going to be standard Derrick Lewis,” the heavy-handed knockout artist laughed. “The only way I’ll do all that in a fight is if I’m under 250 (pounds). I do that at the gym and I’ll be exhausted and they want to do a re-take in five minutes, so we’ve got to get this weight off first before I start doing any of that in my fights.”