Lewis not concerned with ranks, just wants to provide for family 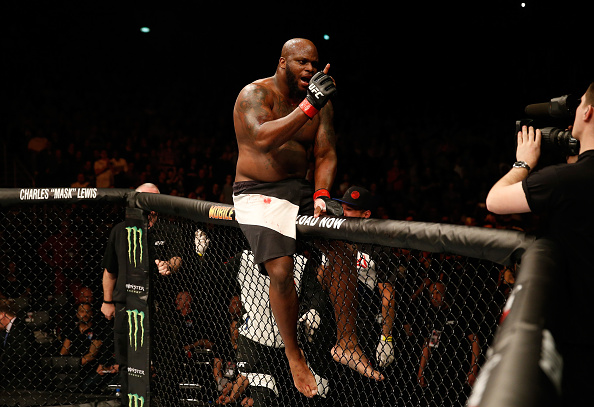 Almost every fighter is fixated on his or her place in the pecking order.

They know where they stand in the rankings, the recent results of the three or four fighters on either side of them and have well-articulated – albeit completely biased – opinions on why they should be higher up in the hierarchy and how their performance will be the one that helps them get to where they want to be… for now.

When they’re in the midst of a run of success, they know where their current winning streak ranks amongst the active streaks in the division, who else is on a comparable upward trajectory and have bullet points at the ready to illustrate why their winning streak is the most impressive winning streak going and how all of this will lead to everyone eventually understanding what they already know to be true: that they are the best fighter in the world.

Derrick Lewis lives at the other end of the spectrum.

While his contemporaries are all jockeying for position in the rankings and chasing championship gold, the surging heavyweight is coming at his career from an entirely different angle.

There is a scene in Jerry Seinfeld’s web series “Comedians in Cars Getting Coffee” where he’s driving around talking with Steve Harvey, the stand-up turned jack-of-all-trades with half a dozen jobs on the go at one time, and Harvey jokes that he’d be fine having just one job – that would be enough for him – but he works as much as he does in order to provide his family with a better life.
RELATED CONTENT: Inside the numbers of Lewis vs Nelson | Lewis fighter bio | Watch his past fights on FIGHT PASS

After a couple laughs, Harvey and Seinfeld get momentarily sentimental, acknowledging that that feeling – knowing that you’re giving someone else an opportunity to have things better than you did – is what makes all the work and sacrifice worth it.

Lewis is of the same mindset.

“I’m trying to take care of my family; that’s the reason I’m doing this,” the proud husband and father of three said in his trademark bass growl. “The rankings and the position I’m in and all that really don’t matter. I’m not really trying to be the best fighter out there.

“To me, it’s a job and I’m just really trying to take care of my family. I’m not doing it for the fame or anything like that. This is all about my kids. 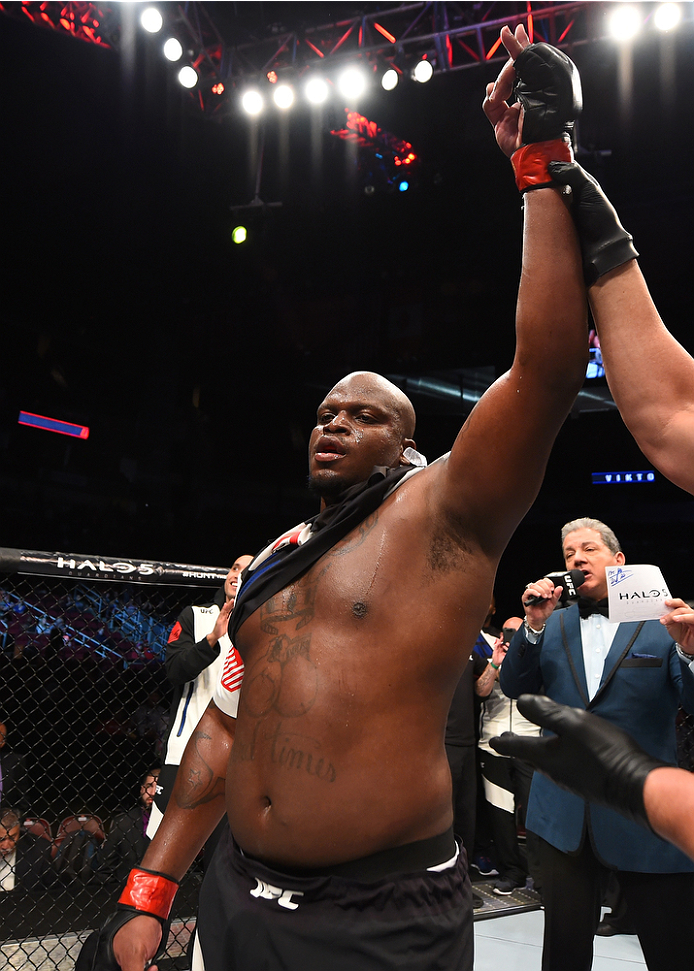 “I know no one else is going to be there for them (this way); it’s my obligation and my duty to provide for them,” added Lewis, who steps in with Roy Nelson on the first of International Fight Week’s three events on Thursday, July 7 at the MGM Grand Garden Arena. “Whenever I’m gone, they’ll know that Dad did all that he can for the family, and hopefully I’m a positive role model in their life and they can see that no matter what you go through, there is always something you can do to better yourself.”

Now half-a-dozen years into his job as a mixed martial artist and a couple more years removed from a three-and-a-half-year stint in prison, Lewis has become that better version of himself he wants his kids to aspire to be, emerging as a dark horse contender in the always turbulent UFC heavyweight division.

After a first-round knockout victory over Damian Grabowski in February, the fierce-looking social media cut-up accepted a short-notice opportunity to face former title challenger Gabriel Gonzaga in Zagreb, Croatia and turned in another dominant first-round finish.

As soon as Lewis was back in Houston, he was looking to get back in the cage and resumed his pursuit of a matchup with Nelson, the Las Vegas-based veteran he was chasing before accepting the bout with Gonzaga in April. He got his wish and the duo will share the Octagon in a couple weeks, with Lewis promising it will be a bout that sends one or both men home with a bonus check.

“At this point in my career, I really don’t care – I’m just ready to fight and make money.”