Lewis always just one punch away 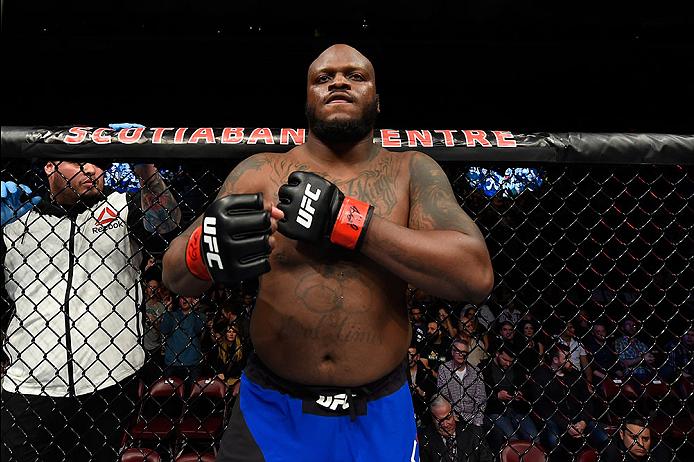 Heading into his main event showdown with Mark Hunt this weekend in Auckland, Derrick Lewis is riding a six-fight winning streak that includes finishes of Gabriel Gonzaga and Travis Browne.

He’s climbed to No. 6 in the rankings, one spot ahead of Hunt, and given the uncertain status of former champion Cain Velasquez, another blistering performance at Vector Arena could elevate the Houston native into position to challenge for the heavyweight title later this year.

Being a professional athlete excelling at the highest level in his sport while steadily garnering more fame, attention and acclaim with each subsequent victory seems like it would be enough to earn “superstar status” with your kids, but that isn’t the case in the Lewis household.

While the soft-spoken big man swears it has been that way for some time, the current situation could also be related to the “cake face” incident that transpired last month at his son’s birthday party and was captured on the FOX Sports PROcast.

“He said I’m not invited to his next party and he was serious; straight-faced and everything,” Lewis said of his son’s reaction to the birthday prank that has since gone viral. “He’s serious. He was real mad about that, but we’re always going at each other at our house.”

The video was one in a string of social media hits in recent months for Lewis, who has gone from being an unknown newcomer to a burgeoning superstar in the span of three years as he heads into this weekend’s headlining assignment opposite Hunt at Spark Arena.

Initially tabbed as a dangerous, but limited, addition to the heavyweight division when he made his Octagon debut in April 2014, perceptions started to change with his hometown win over Viktor Pesta at UFC 192 in Houston, where he rallied from being down two rounds to earn the third-round stoppage he needed to secure the victory.

That ability to come from behind and completely alter the course of a fight in the space of a couple minutes was on display once more last December in Albany, where Shamil Abdurakhimov wrestled his way to a commanding lead. Through the first 15 minutes, Lewis’ main event debut couldn’t have gone worse, but an easy takedown along the cage with two minutes left in the fourth was all the opening “The Black Beast” needed as he quickly erased the deficit and earned the finish behind a torrent of thudding blows from the mount position.

He showed it again when he battled Browne in the Maritimes, absorbing a nasty kick to the body that broke two of his ribs in the first before taking the fight to the former contender and collecting the stoppage midway through the third.

With each performance, Lewis’ confidence grows.

“It’s just my heart once again,” he said of the takeaways from his back-and-forth battle with Browne. “It’s proving to myself that no matter how much danger I can be in during a fight, I’m always in it; I’m just a punch away, still.”

His six consecutive victories are also proving that by any metric, Lewis is one of the best heavyweights on the planet.

While earning such a distinction is one of the key motivators for many of his colleagues and contemporaries, it carries no weight whatsoever with the 32-year-old finisher. All he’s worried about is providing for his family.

The way Lewis sees it, the path to bigger paychecks goes through the toughest fighters on the roster, and while he signed a new deal heading into this weekend’s showdown with Hunt, continuing to lay waste to a collection of the baddest men on the planet is going to improve his position at the negotiating table when the time comes.

A deep cackle chases the comment, but the sincere Lewis quickly returns as reflects on where his life is at, personally and professionally.

“Every single day I sit down and look around and I can’t believe all of this is happening like this,” he offered. “Every day I have to humble myself.

“Every day I look at my kids and think about how things used to be – walking everywhere, relying on other people to help me pay bills and stuff like that – to now being on top of the world right, basically, fighting for the largest organization in the world and doing good.

“There is nothing more I can ask for.”

Except maybe an invite to his son’s birthday party next year.