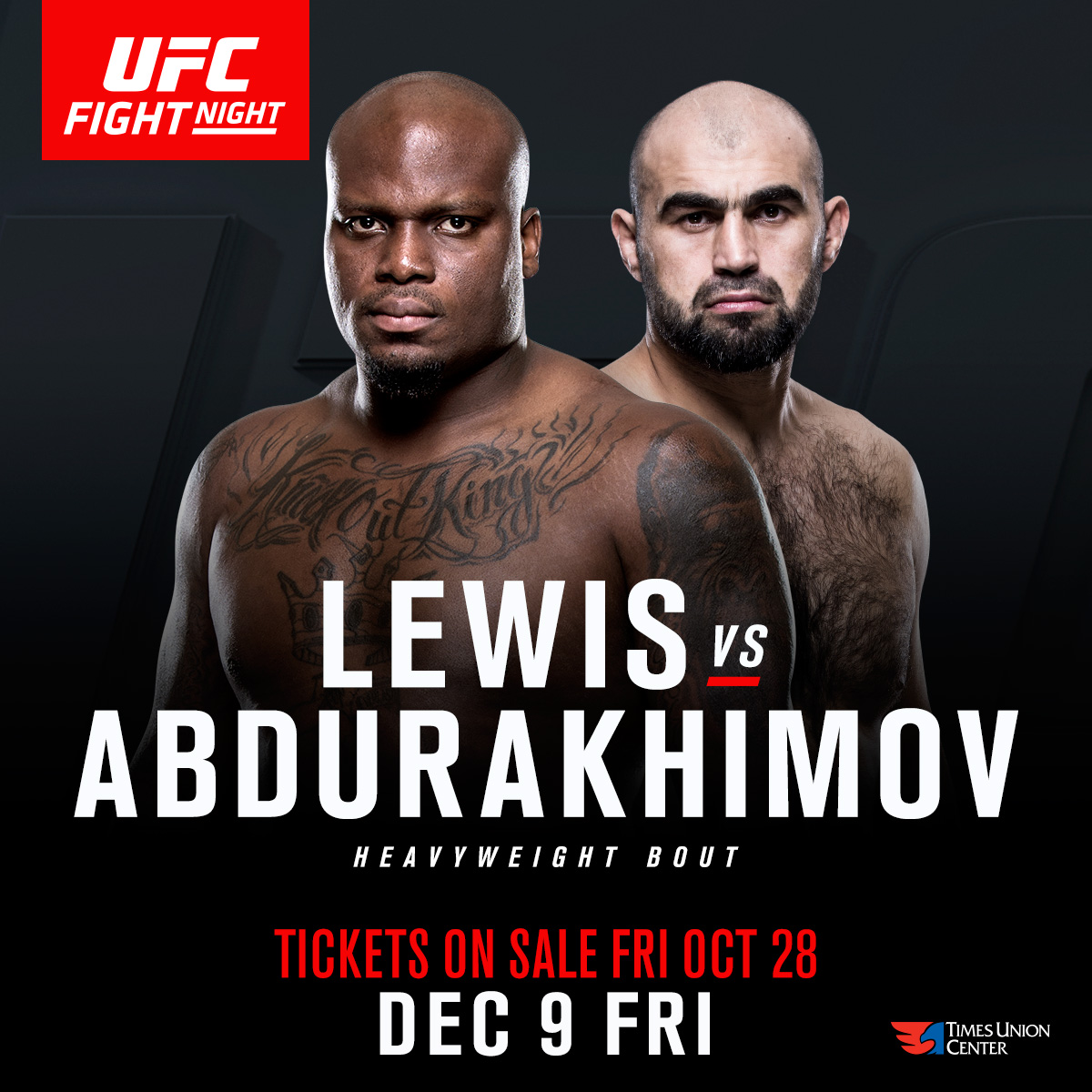 A heavyweight doubleheader will headline the UFC’s first visit to Albany, New York on Friday, December 9, with No. 10-ranked Derrick Lewis facing off against Shamil Abdurakhimov in the main event, while No. 13-ranked Francis Ngannou takes on Anthony Hamilton in the co-featured bout of the card, which will air on UFC FIGHT PASS.

Currently sporting a four-fight winning streak that includes three knockouts, Houston’s Lewis will look to follow up his July win over Roy Nelson with a fourth 2016 victory when he takes on Dagestan’s Abdurakhimov, who has scored back-to-back Octagon wins over Hamilton and Walt Harris.

France’s Ngannou is one of the top rising stars in the heavyweight division, with three UFC victories over Luis Henrique, Curtis Blaydes and Bojan Mihajlovic propelling him into the top 15. Standing in the way of his further prospect is “The Freight Train” Hamilton, who is coming off a 14-second knockout of Damian Grabowski in July.

Eight more bouts were announced for the December 9 event on Friday.

The bantamweight top ten may get a shakeup in Albany, as New York’s own Aljamain Sterling attempts to put himself in the title picture when he faces off with No. 3-ranked contender Raphael Assuncao.

Also representing the Empire State will be Long Island light heavyweight Gian Villante, who takes on Patrick Cummins, Bronx native Oluwale Bamgbose, who battles Joe Gigliotti in a middleweight matchup, Queens’ Randy Brown, who will be pitted against Ireland’s Charlie Ward in welterweight action, and Kingston’s Keith Berish, who fights in his home state against Canadian middleweight Ryan Janes.

The Ultimate Fighter 23 winner Tatiana Suarez will make her first start since emerging victorious from the show, and she will have a tough test in No. 15-ranked Juliana Lima.

Another former TUF winner, Corey Anderson will take on always exciting Sean O’Connell in a light heavyweight showdown, and in the featherweight division, it will be a clash between Tiago Trator and Zubaira Tukhugov.