Frank Curreri breaks down Saturday's UFC 142 card by the numbers... 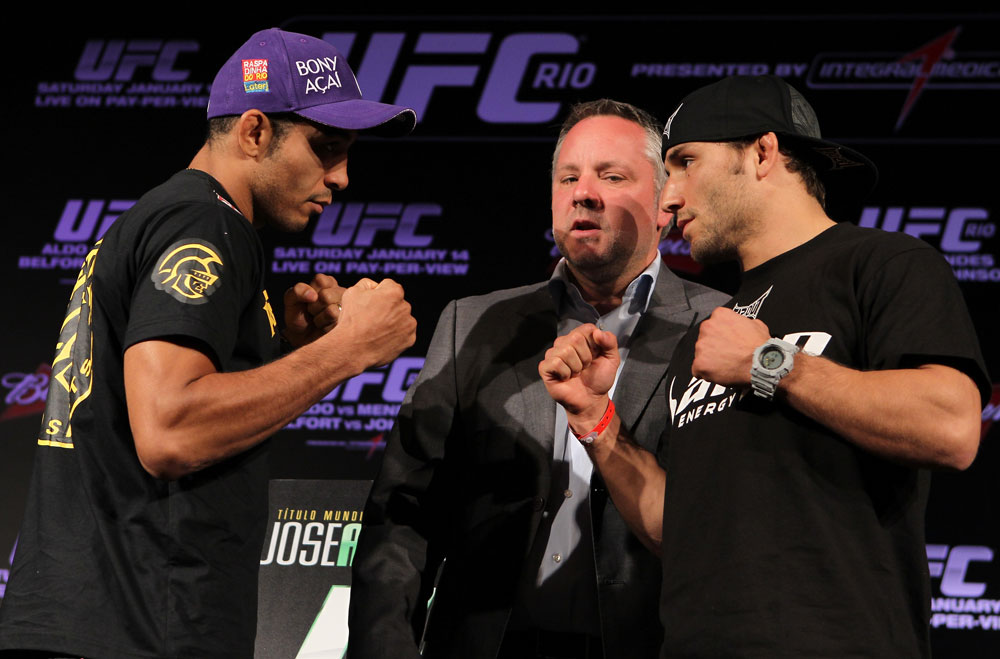 1: Number of UFC 142 fighters who have worked as models in Japan (that would be Canada’s Antonio Carvalho).

7: Combined UFC Fight of the Night Awards for Sam Stout and Thiago Tavares, who clash on the 142 undercard

8: Number of letters in Toquinho, which means “tree stump” in Portuguese and is the aptly given nickname for the ferocious leg lock monster that is Rousimar Palhares.

11: Number of years Sam Stout spent studying under Shawn Tompkins, the widely respected trainer who died last year in his sleep from a heart attack at the age of 37.

15: Number of years Vitor Belfort has been fighting (since 1996)

29: Number of wins welterweight Carlo Prater has amassed, tops on the 142 card.

34: Number worn by gridiron great Walter Payton, the late Chicago Bears running back whom co-main event fighter Anthony Johnson counts as one of his heroes.