Letourneau to Face Calderwood in Ottawa

Fresh from her five-round battle with strawweight champion Joanna Jedrzejczyk at UFC 193 in November, Canadian star Valerie Letourneau will return to fight in Canada on Saturday, June 18, when she faces Scottish standout Joanne Calderwood in a special flyweight attraction at TD Place Arena in Ottawa. 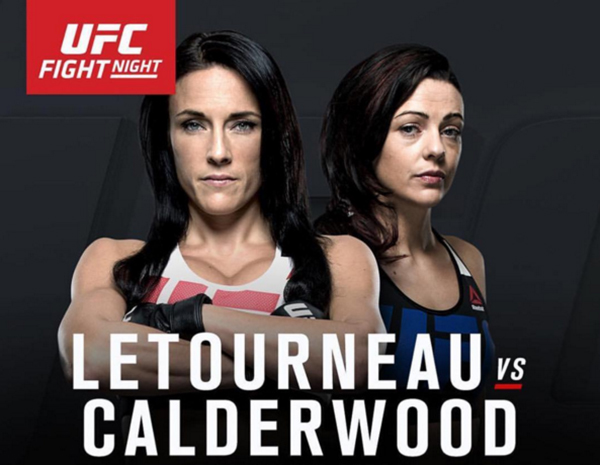 The bout marks the UFC’s first ever women’s 125-pound fight, but is not the launch of a new division. UFC officials are looking into possibly opening a women’s flyweight division in the future, but until the time when or if such a division is permanently announced, there remain two women’s divisions (bantamweight and strawweight) and there will be no rankings set up for a 125-pound women’s class.

Unbeaten in three consecutive fights in her native Canada, Montreal’s Letourneau is one of the sport’s pioneers in her country, having competed as a pro since 2007. Winner of three Octagon bouts over Elizabeth Phillips, Jessica Rakoczy and Maryna Moroz, the 32-year-old aims to give her fans a show on June 18 against Glasgow’s Calderwood, a former standout on The Ultimate Fighter who has two UFC wins, including a Fight of the Night victory over Cortney Casey in her most recent bout.