“The UFC is the largest and best promotion in the world. I’m looking forward to fighting some of the best guys in the world.” - Dave Herman 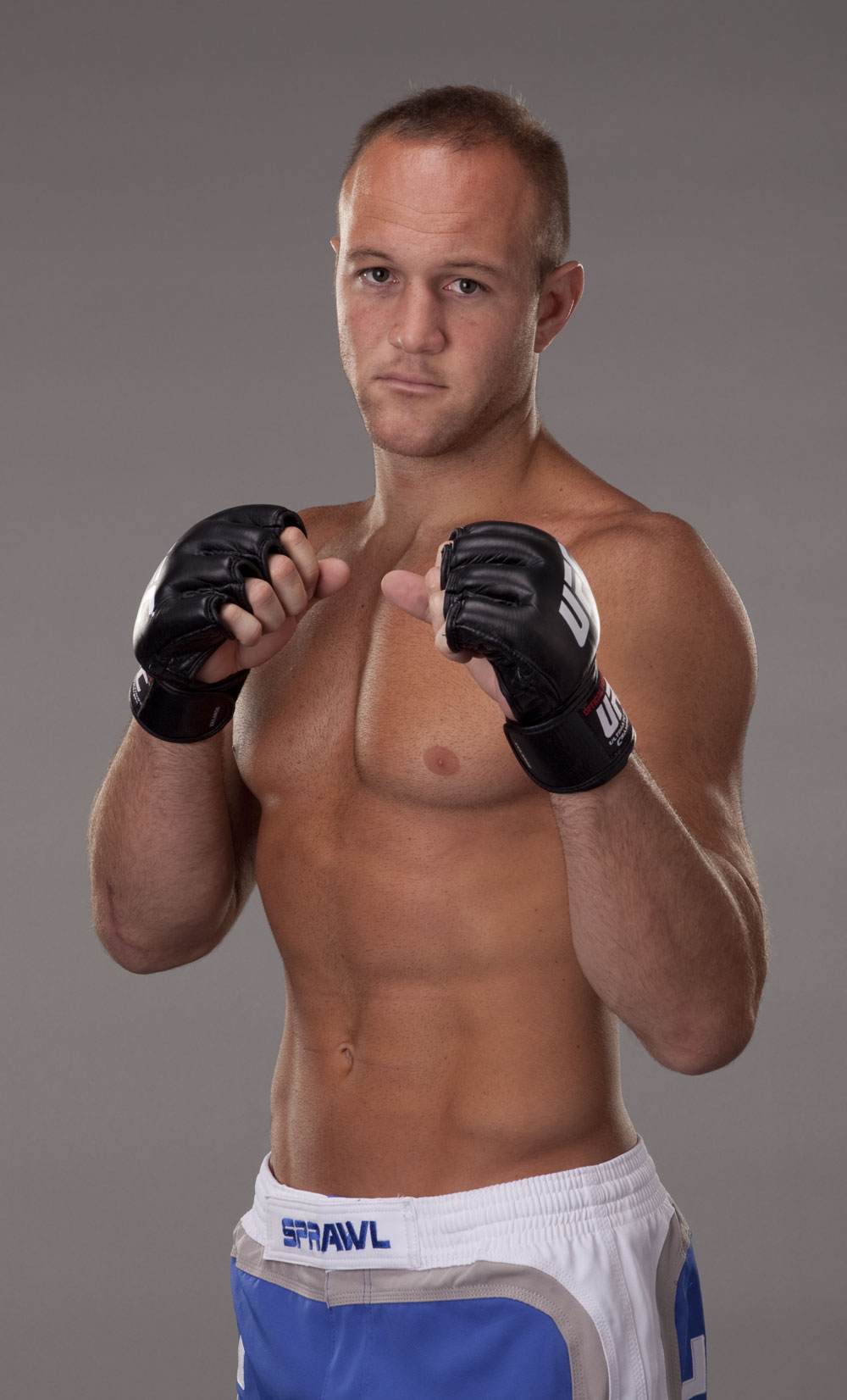 The line in Dave Herman’s UFC bio was an interesting one. The question, “when and why did you start training for fighting?”

Herman’s response? “I started training for fighting about two years ago.”

Now I know my math isn’t perfect, but considering that Herman made his pro debut with a first round TKO of Mike Cooke in December of 2006, that would mean that he probably started training sometime that year or before.

Wrong, because the way “Pee Wee” Herman sees it, he didn’t begin taking the fight game seriously until he traveled to Saitama, Japan in January of 2009 and got a two round drubbing at the hands of Choi Mu Bae. It was his first loss in 16 pro fights, and the first 13 of 15 wins came with him not even training like a true professional or having a consistent team by his side. In fact, his gym doubled as a basement.

That’s impressive stuff from the former Indiana University wrestler, who garnered some significant buzz during his winning streak. And though he wasn’t beating killers in his early days, he was finishing everyone in his path, and he even notched wins over UFC vets Ron Waterman and Kerry Schall.

But then Choi Mu Bae spoiled the party, letting Herman know that if he wanted to be a success in this game, pure talent wasn’t enough.

Less than four months later, he returned to action with a first round TKO of Josh Barnes, and as he went on a globetrotting tour that took him to Tokyo (twice) and Abu Dhabi, as well as Texas and Louisiana, he defeated Don Frye and Yoshihiro Nakao and only lost once, via disqualification to Rameau Sokoudjou in May of 2010. Eventually, the biggest development came when he landed with Team Quest in Temecula, California, home to MMA star Dan Henderson.

So with a 20-2 record, a marketable and quirky sense of humor, a wide array of off-the-wall attacks (at least off-the-wall for a heavyweight), and a steady team backing him, there was just one place left for Herman to land, and that was the UFC, which signed him earlier this year.

“It’s a great opportunity,” he said. “The UFC is the largest and best promotion in the world. I’m looking forward to fighting some of the best guys in the world.”

On Saturday, following a switch from original opponent Joey Beltran, he will began his Octagon journey with a three rounder against Norwegian submission specialist John-Olav Einemo.

“I don't really know a lot about Einemo,” admits Herman. “It looks like he has fought some tough competition and is obviously a world class grappler. It should be a good fight.”

A black belt in Brazilian Jiu-Jitsu who owns a grappling win over Roger Gracie, Einemo (7-1) is a member of the same Golden Glory team that has produced Strikeforce heavyweight champion Alistair Overeem. But he is 35 and hasn’t been in an MMA fight since 2006.

That would point all the advantages in favor of the 26-year old Herman, whose most recent fight was the decision win over Nakao last December. But Einemo is a submission expert, he’s 6-foot-6, 253 pounds, and he just survived a training camp with Overeem, so he’s more than dangerous.

Back in January of 2009 though, Herman would have looked at this fight on paper and said, ‘easy work.’ These days, he knows what it takes to win, and it’s more than what carried him through the two years of his career. It takes talent, dedication, a good team, and determination. Dave Herman has all of those in his back pocket. Now it’s time to show them off to the world.