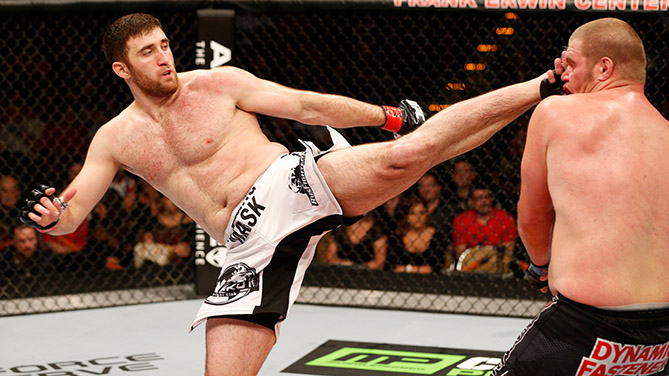 Magomedov struck first with a big right hand to the head in the second minute, but after a brief stagger to the fence, Copeland had his legs back under him, and a minute later, the Denver product scored with a right of his own. Soon after, Magomedov answered back with a flash knockdown of Copeland, and as the seconds ticked away, kicks to the head put more points in the bank for the Dagestan native.

Copeland had more success in the first two minutes of the second round, almost catching Magomedov by surprise with his strikes. The American’s success forced Magomedov into action, with his kicks continuing to set the scoring bar. With 90 seconds left, Copeland got rocked by a kick to the head and Magomedov went after the finish, but the bloodied Cuddly Bear shook off the shots and marched forward with his hands down, putting Magomedov back in a counterstriking pose.

After eating more hard kicks from Magomedov, Copeland was able to get close with a right hand just before the midway point of the final round, forcing the Leopard to clinch. After a stalemate against the fence, referee Kerry Hatley restarted the action, and while Copeland was willing to make a final charge, his gas tank didn’t agree, leaving the judges to decide this one. 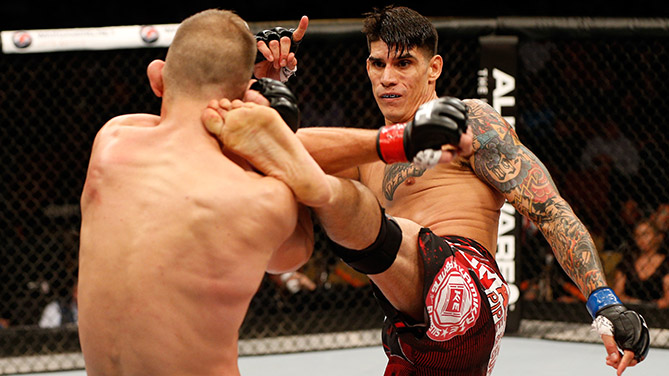 The opening round was a tough one to score, Narvaez taking control in the first half of the frame behind a steady stream of kicks and more accurate strikes, while Barnatt got into a bit of a rhythm and surged in the final minute to keep things close.

The crowd got restless in the second as the pace dipped, and though Narvaez got his share of shots in, the aggression of Barnatt probably won him the frame.

With the fight seemingly up for grabs, Narvaez made his move in the third, rocking Barnatt with a kick to the head and then sending him to the deck. Ground strikes and a few rear naked choke attempts followed, but Barnatt was able to weather the storm and make it to the final horn. 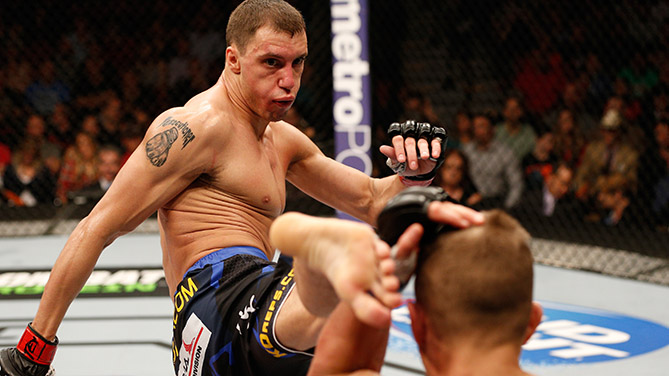 Fort Worth’s Vick did a solid job of using his nine and a half inch reach advantage in the first two minutes of the fight, but a thudding left hand by Hein evened things out as Vick fell to the canvas. Hein attempted to work his ground game, but Vick coolly swept his way out of trouble and back to his feet. It was back to business as usual for the 6-foot-3 Vick, but after landing a knee, he got caught and dropped with another left in the final minute.

Upping the pace in the second, Vick took the lead with kicks to the head and a sharp right hand, cutting Hein over the left eye while not allowing the renowned judoka to close the distance, and the third was more of the same from “The Texecutioner,” as he simply wouldn’t allow Hein to repeat his success of the opening round down the stretch. 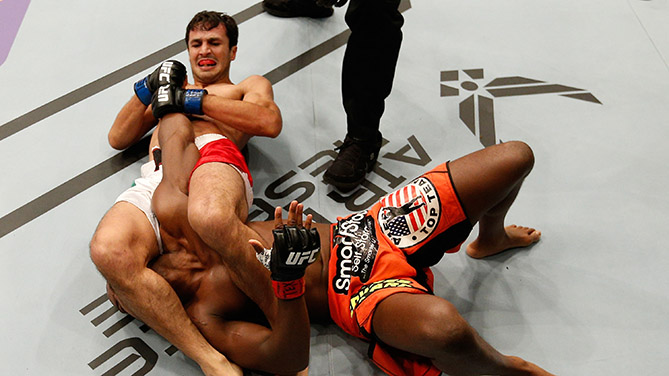 Tijuana lightweight Akbarh Arreola spoiled the Austin homecoming of Yves Edwards, blitzing the popular veteran from the opening horn and not stopping until he submitted him in the first round.

Arreola started strong, nearly clipping Edwards with a kick to the head in the early going. In the second minute a short right uppercut dropped Edwards to the deck, but the Thug-Jitsu master recovered and made it back to his feet. Arreola kept the heat on, slamming Edwards to the mat and eventually locking up an armbar that produced a tap out at 1:52 of the opening round.