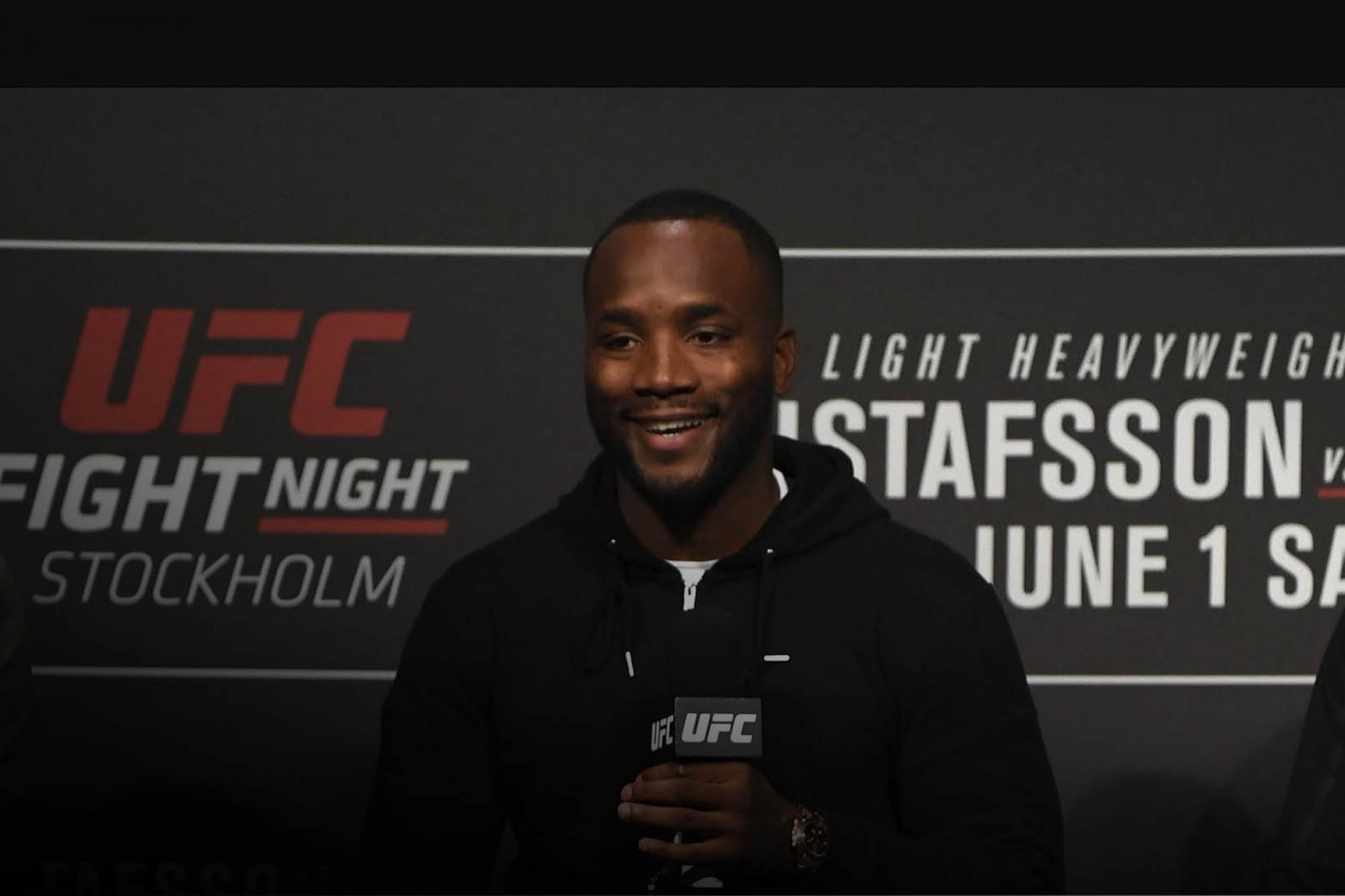 Only Champion Usman Has More Consecutive Wins At Welterweight.
By Steve Latrell • Jun. 14, 2019

Leon Edwards has made it known he wants a big fight next, so I’m throwing out some names in his division to get his quick impressions of potential welterweight matchups.

It seems we’re picking up a pattern here, so I throw out the name Rafael dos Santos, who Edwards had recently called out on social media. Edwards laughs.

In print, Edwards assessments of potential opponents might come across as mean-spirited or braggadocious, but the easygoing Englishman is just having some fun. He’s playfully letting his division know he’s ready for the next step in his career, and he fears no one. Asked why RDA was on his radar, and his response exudes certainty.

“He had a good win [against Kevin Lee]. I was watching it. I feel that’s the fight to make. He was coming off two losses and then he got a win. He’s a former world champion, and I’m trying to become a world champion. So I think going out there and beating him up will make a statement for contention of the world title. That would be a good name to add on to my list.”

It's a list that continues to grow. His seven consecutive wins in the welterweight division is surpassed only by the current champion, Kamaru Usman. That’s more than Colby Covington, way more than Till, and even more than the previous champ Woodley; all fighters currently ranked above him. It certainly reads like résumé that would warrant a big fight next.

It’s no small coincidence that Edwards’ last loss was to Usman back in 2015. “Rocky” certainly has not forgotten this fact.

“That’s the one I want to fight. How perfect would the story be for me? Lost to him three years ago, go undefeated [since] and then beat him for the world title? That would be like icing on the cake. So I hope he’s still got the world title [when I get my title shot].”

As he sees it, the fight would play out differently this time.

“As far as improvement, I feel I’ve improved leaps and bounds compared to how far he’s improved. I’m like a totally different fighter, different person from back then. I would love to go in there now and dethrone him.”

Still, Edwards’ hit list doesn’t stop with the champ. There’s still the matter of kerfuffle with Jorge Masvidal backstage at last March’s UFC London event. Edwards claims that Masvidal has turned down a chance to settle it once and for all on fight night.

“That’s what I heard,” he explains. “That was the fight to make. Everyone wanted it. I wanted it. But somehow they gave Askren the fight. Ben Askren who has one fight in a year? It’s a crazy thing, but it is what it is.”

Still, if it feels like there’s still a certain inevitability to the showdown, Edwards agrees with you.

Still, if it feels like there’s still a certain inevitability to the showdown, Edwards agrees with you.

“That would be history in the making”

Spend any amount of time around Edwards, and it quickly becomes clear what drives him: his infectious love of the game, and his unassailable determination to dominate it. It runs in his blood, and as such, is a family affair. His brother Fabian is undefeated in Bellator, and he beams with pride when discussing him.

“He’s on a great path, and he will 100% capture that Bellator middleweight title. It’s my turn to get the UFC belt.”

So standing on parallel tracks of domination, do they ever discuss being champions at the same time?

Indeed, a story like that has all the trappings of a great Hollywood feature, particularly given the divergent path he and his brother might have taken as troubled youths in Birmingham. Now, they find themselves with the potential to be named among Bisping, Manuwa and Pickett as some of Britain’s greatest mixed martial artists. It’s another movie-type ending Edwards can envision.

“One day I wish to leave a bigger legacy for myself. Especially in the UK. Coming where I come from in the Uk, and to do what I’m doing, it’s unheard of. That’s my thing, to go out there and leave a bigger name fpr the people coming up  in the same situation I came up in. To see that they can achieve so much in life.”

Go inside the life of UFC welterweight Leon Edwards as he prepares UFC London.