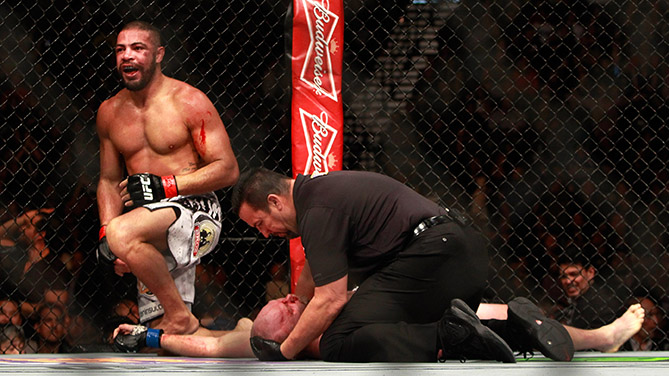 While seven athletes are set to make their UFC debut this Saturday in Sao Paulo, two others will be saying farewell to the Octagon.

One of them is middleweight Thales Leites, who will make the last fight of his career against Hector Lombard at Ginasio do Ibirapuera, and he has no doubt in his mind that this is the right call at the right time.

“I’m already 37 years old. I’m not a kid anymore. Besides that, I’m making my 37th professional fight," he said. “Training is tough, cutting weight is abusive, and I’ve been doing it for 15 years now."

“My body is suffering from the effects of it: 37 weight cuts, the training camp--which is much worse than the fight itself--so I believe it’s the right time. I’ll still be involved with martial arts; with jiu-jítsu, training, teaching classes and competing. But I think it’s time to stop with MMA, to go out healthy”.

This weekend’s bout will be the final chapter of a career that hfeatured two stints with the UFC, a title fight against Anderson Silva, a remarkable win over Tim Boetsch and other big fights against the likes of Nate Marquardt, Michael Bisping, and Gegard Mousasi, among others.
And no regrets.

“I’m pretty satisfied with my history," he said. “Of course we always want to accomplish more, but being here for so long, this will be my 21st fight in the UFC, I’m very grateful for that." 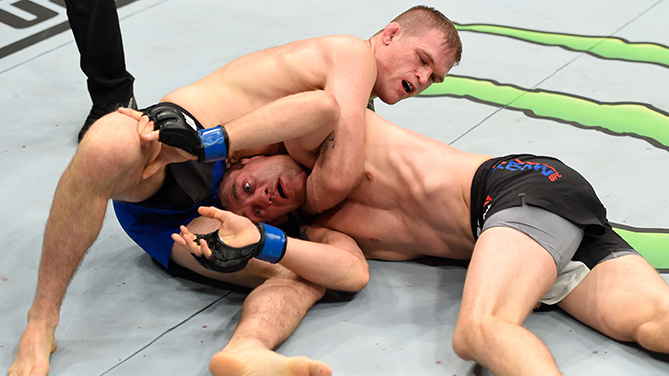 The second retiree of the evening is Evan Dunham, who for nearly a decade has been, one of the most relevant names in the most talent-crowded division in the sport: lightweight.

Days before his upcoming fight against Francisco Trinaldo, he’s also confident about his decision, and prides himself on being the only one who made it.

“Fighting has been a love of mine for many, many, many years and it always will be," he said. “But you have to be smart about your exit plan and that's what I'm trying to do. I'm going out on my terms and nobody else's. There's no clear cut way to tell you how, but I'm ready."