Legacy on the Line

If there’s a common theme among the top four fighters competing in the main and co-main events at UFC 232, it’s that legacy is on the line for all of them.

Jon Jones will make his long awaited return to action against Alexander Gustafsson in a rematch that follows their first meeting five years ago, a bout that is considered one of the greatest fights of all-time.

Following that five-round war the first time around, Jones said very openly that he underestimated Gustafsson and didn’t take his preparation very seriously. He promises that won’t happen a second time.

“Training for this second fight, me and my coaching staff realized how underprepared we were the first time,” Jones said during the UFC 232 media call on Thursday. “Alexander brought a different game to the game. It was something that none of my teammates had prepared me for. We just overlooked him. We overlooked him completely.

“If you look, round two I was so tired I could barely finish a double leg. I’ve been shooting double legs since I was a kid. I was just tired. I was exhausted in that first fight but I still had enough heart to pull out the victory. I kicked it into a whole other gear in those late rounds of that first fight. I know now how underprepared I was the first time and you’ll see a completely different strategy and a completely different fight.”

For Gustafsson, the rematch is the culmination of a rivalry with Jones that stretches back to 2013, when he came within one round of handling the longest reigning light heavyweight champion in history his first legitimate loss.

As much as he still believes deep down that he won that first fight, Gustafsson knows that he’s going to offer Jones a whole new challenge this time around.

“I’m just physically and mentally ready for this task now,” Gustafsson explained. “It’s the right time for me. I’m just a different type of fighter now. I’ve been developing everything in my arsenal. I’m better in every aspect. I’m faster than ever. I’m a smarter fighter.

“Every aspect of the game is so much better right now.”

While the two prolific light heavyweights didn’t agree on much, Jones and Gustafsson both promised that the judges wouldn’t get involved this time.

Because the first fight ended in such razor-close fashion, Jones wants to leave no doubts about who is truly the best light heavyweight in the sport when UFC 232 is over.

“My goal in this fight is to dominate, finish the fight,” Jones said. “I believe that’s what’s going to happen.”

Gustafsson said much the same, especially after he’s twice fought for UFC gold and each of those opportunities ended with a heartbreaking decision going the other way.

In the co-main event, Cris Cyborg puts her featherweight title on the line against reigning women’s bantamweight champion Amanda Nunes in a showdown between arguably the two best pound-for-pound women’s fighters in history.

Cyborg has widely been considered one of the top women’s fighters for the past decade, but an argument could made that Nunes will be her toughest opponent to date.

“I always take very serious every opponent I fight,” Cyborg said about Nunes. “Amanda is a very good athlete. She’s the champion at 135. I’m the only female fighter getting three different world champions in different divisions and different organizations and different matchmakers. 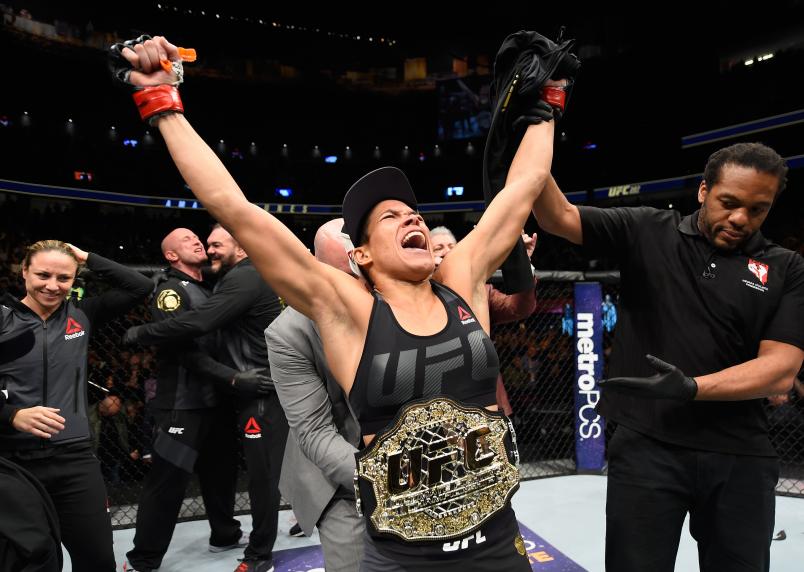 Amanda Nunes celebrates her win over Ronda Rousey in their UFC women's bantamweight championship bout during the UFC 207 event at T-Mobile Arena on December 30, 2016 in Las Vegas, Nevada.

When looking at the stylistic matchup, Cyborg respects the weapons that Nunes brings into the fight but she doesn’t spend too much time examining everything that her opponent might do when they clash on Dec. 29.

Instead, Cyborg prefers to make Nunes worry about what she’s going to face inside that Octagon.

“I never look at my opponent’s dangers,” Cyborg said. “I train very serious for my opponents and to be ready in any situation. I’m ready to go five rounds for Amanda Nunes. I’ve watched all of her fights with my team. I know her mistakes. I know the mistakes she continues doing.

“I know what she’s good and what she’s not good but the one thing I think whenever you step in the cage, I do my own thing and continue to be the champion.”

Over the course of the past decade, Cyborg has rarely been challenged, much less pushed to the brink of defeat by any opponent she’s faced. 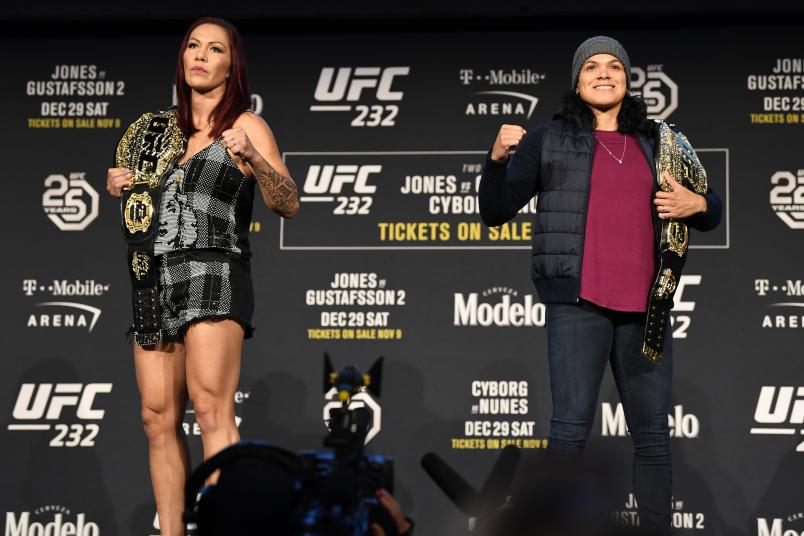 Until her fight against Holly Holm last year, Cyborg hadn’t even dropped a round to an opponent in several years, so it’s not easy to identify mistakes in her game.

Nunes understands that Cyborg has been a force of nature during her career but that doesn’t mean she’s invincible just because no one has found a way to beat her.

“We all know Cris is very powerful. She’s strong. We all know that. Let’s be honest with each other,” Nunes said. “Of course every single fighter has mistakes. Everybody has mistakes. But sometimes people don’t know how to capitalize and do something about it in the fight. This is the thing. Of course, Cris has mistakes. 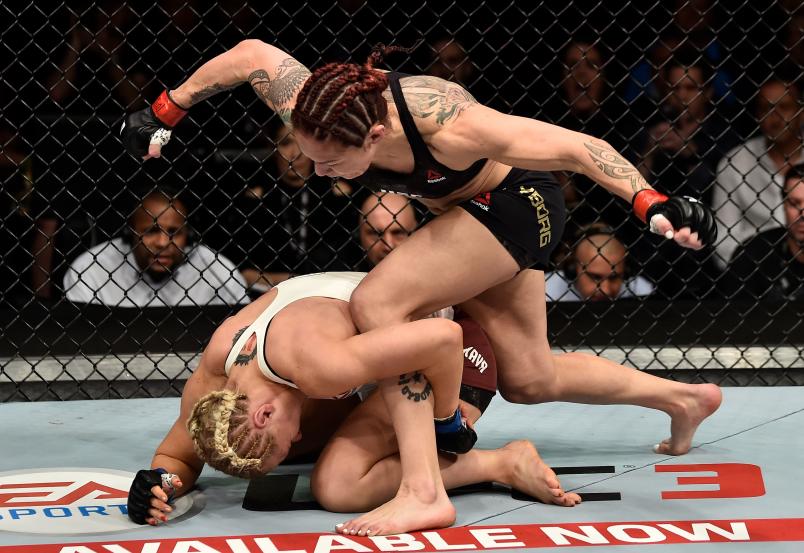 That accomplishment alone would put Nunes into a category all to herself, but when combined with wins over the likes of Ronda Rousey and Miesha Tate, her resume would be virtually unmatched by anybody else in the history of the sport.

“Yes for sure,” Nunes answered when asked if a win over Cyborg would make her the greatest of all-time. “I think Cris is the best in her division.

“This fight is going to put me on a different level, 100-percent.”