Lee wants to be someone people talk about 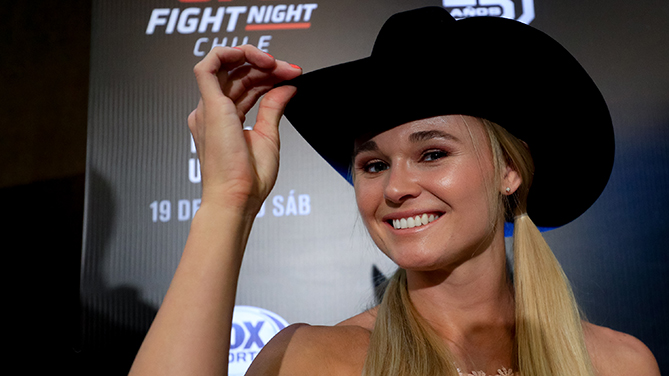 It wasn’t the scenario Andrea Lee had planned out, but now that a short-notice UFC debut was on her doorstep last fall, she wasn’t about to turn it down. Fresh from a September 22 win over Jamie Thorton, “KGB” Lee was going to be a UFC fighter facing Kalindra Faria at UFC 216 in Las Vegas on October 7.

“I’m in shape,” she told me that week. “I just need to cut my weight again. I could wait until December and have a whole other camp to go through and it will be on my mind. Or I could just jump in with both feet and just do it and be done for the rest of the year possibly and be in the UFC and not have to worry about the waiting part.”

The wait was just beginning. Almost as soon as the bout was secured, it was off the table, as the Texan had to go through a six-month screening period with USADA before her debut due to a failed test for a diuretic in 2016.

Lee got to enjoy the holidays with her family, kick off the New Year, and on Saturday, the 29-year-old flyweight will make her long-awaited first trip to the Octagon to face Veronica Macedo. For fight fans, it’s a jolt to the UFC’s newest weight class, as Lee has the talent, track record and charisma to make the 125-pound division a must see in the coming years.

Owner of an 8-2 pro record that includes six finishes and a current four-fight winning streak, Lee, also owns victories over Ultimate Fighter 26 competitors Ariel Beck and Rachael Ostovich, which made many wonder why she didn’t choose to try out for the reality show that crowned the UFC’s first female strawweight champion.

“A lot of people are surprised that I didn’t go to the TUF house and expected me to,” she said last fall. “I mainly just wanted to wait. We discussed it, me and my coach (Donny Aaron), who is also my husband. I’ve established myself pretty well and felt that I didn’t need the TUF house. I also had a minor back injury, and I didn’t want to go into the TUF house with an injury and just make it worse and not perform well. For the most part, I felt like I just wanted to sit back and wait because I believed I was gonna get the call eventually. And I didn’t want to miss out on any time with my daughter. I got to sit at home and do homework while all the girls were in the house.” 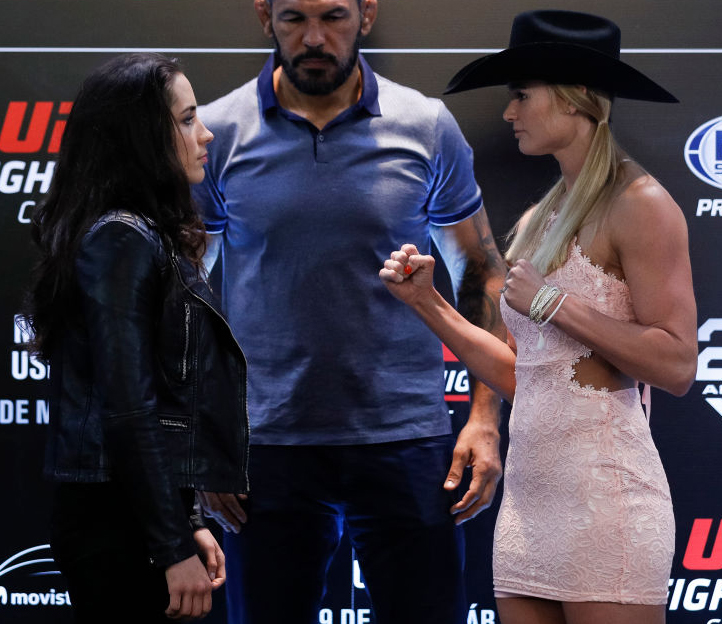 Nicco Montano emerged with the 125-pound crown at the end of the competition, and since the show’s finale, contenders have started to emerge, most notably former bantamweight title challenger Valentina Shevchenko. A win over Macedo won’t propel Lee into a title fight, but it could land her a spot in the top 15, and that’s a good start. But whatever happens on Monday doesn’t matter to her right now. She’s focused on Saturday and leaving a memorable first impression on the UFC faithful.