Lawlor Brings a Smile to a Serious Business

Tom Lawlor’s body beat the clock. The mind of the Fall River, Massachusetts native had always assumed he would be back in the Octagon, but after a series of injuries, he had to put a deadline on his body to follow suit.

“I had put a time limit on this entire situation and it was going to be at the end of this summer,” Lawlor said. “I said if you get injured again during this training camp, unless it’s some sort of absolute freak injury, then maybe your body’s just not agreeing with you and maybe it’s going to be time to step away.”

There was no need for that, as Lawlor returns to active duty for the first time since April of 2013 this Saturday to face Gian Villante in Chicago. That’s the condensed version. The long version felt even longer for the former Ultimate Fighter competitor. 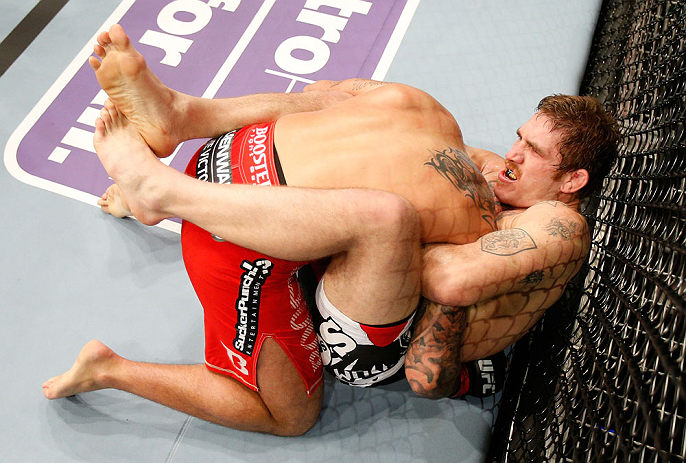 In that most recent bout in Stockholm, Lawlor injured his knee but still found a way to submit Michael Kuiper in the second round to move his UFC record to 5-4. That knee injury wasn’t just a tweak either, as he required reconstruction of his ACL, MCL and meniscus. Following surgery and rehab, he was expected to make his return to the light heavyweight division (more on that later) against Ilir Latifi in Dublin in July of 2014, but he was shelved once more.

“I was back to a hundred percent, or so I thought, getting ready for Ilir Latifi, and unfortunately, I reinjured that meniscus. I had an arthroscopy done on that knee, but that didn’t keep me out too long because it’s a lot less serious a surgery than an ACL.”

Ready to go in the spring, Lawlor still had to wait for a spot to open up, and that spot is against Villante at the United Center. With back-to-back Fight of the Night awards and knockout power in each hand, the New Yorker is a rough welcome back for anyone, especially in a division that Lawlor hasn’t fought in since 2008. But as soon as he went through the weight-cutting process for the Kuiper bout, he knew that his days at 185 pounds weren’t just numbered; they were over.

“I was in my 20s the last time I fought,” he said. “Now I’m 32 and my body just doesn’t recover like it did in the past. I did not feel physically good during that entire weight cutting process. And even during the fight I felt kind of weak, so for me, it was more important to keep my long-term health as a priority and move up in weight. I don’t think it’s going to affect me very much. There are some benefits to moving up. I think I’ll have a speed advantage over a number of the guys at 205 pounds, and I think I’ll be able to push the pace a little bit more than some of the guys in that division. So it presents different challenges, and quite frankly, there are a lot of really tough guys at 185 now that weren’t there before, and I feel like a lot of guys have run from the top of the 205 division and I’m not in the habit of running very much. I don’t enjoy it, so I’m gonna walk my way toward those guys at the top at 205.”

That’s the typical Lawlor wit in action, and it’s been sorely missed in the two-plus years he’s been gone, but his fans haven’t forgotten him.

“It’s humbling in a way,” he said. “As fighters, it’s what have you done for me lately, and in my case, I never feel like that. I feel like I have a fan base that is pretty 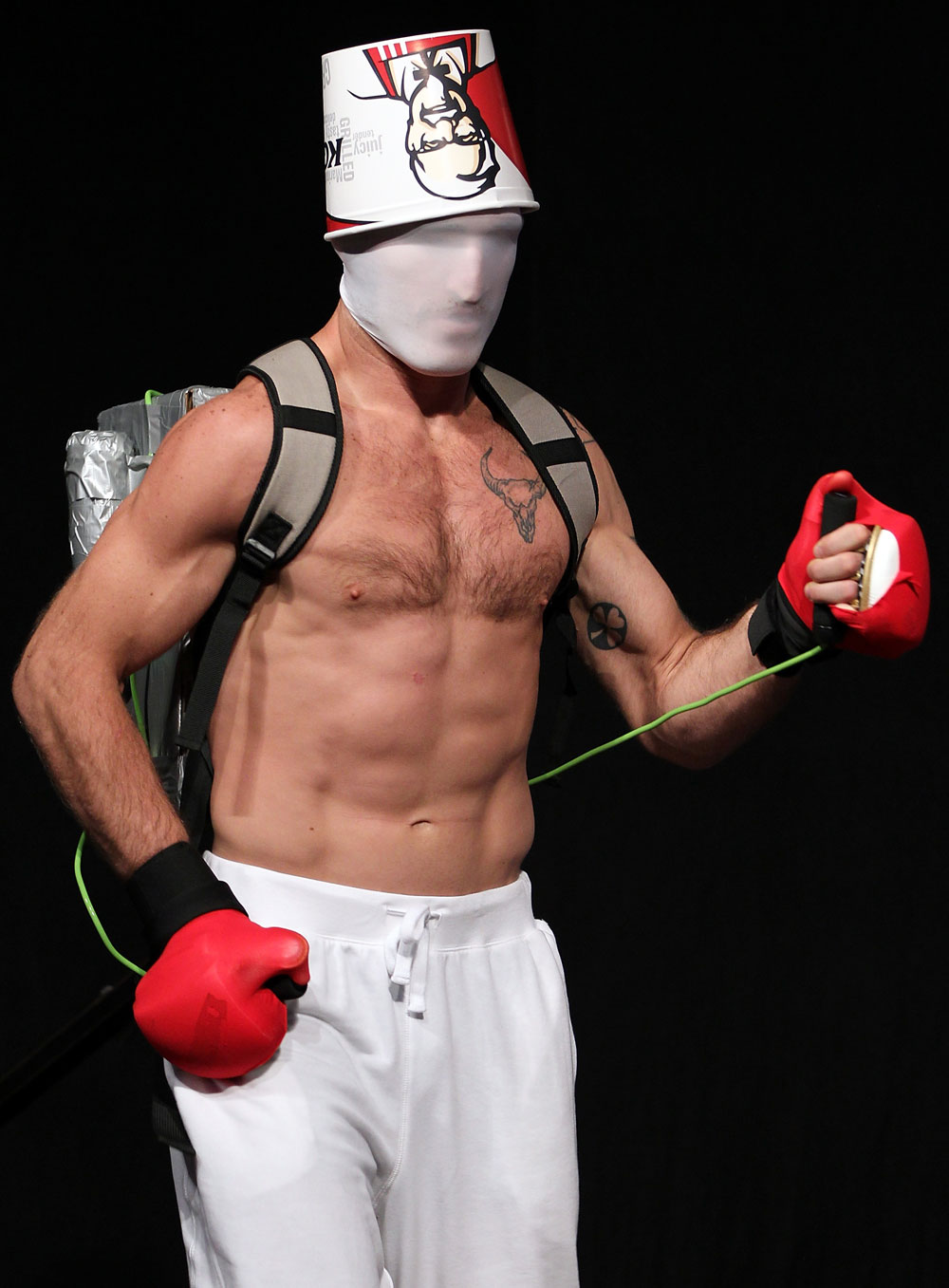 consistent throughout time. It’s something I feel blessed with. I may not have the most fans, but I feel like the fans I have are hardcore fans. And in a lot of ways, that’s what I am, and people can associate with that.”

If you’re new to Lawlormania, suffice to say that in addition to being able to fight, he’s also an entertainer, with his weigh-in and walkout antics garnering him a following that may not have even cared about the sport before he introduced them to it. It’s almost like having a pro wrestling shtick in a real sport without the predetermined outcomes, and for Lawlor, that’s precisely the point.

“As a kid, there was MMA, but I wasn’t aware of it,” he said. “It was going on in Japan and there were matches in Brazil, but when I was growing up, pro wrestling was a big thing to me and something that I did a little bit of before I even got involved in MMA, and to me, they’re very similar in a lot of ways. Obviously, one is predetermined and one is not, and you can take a lot of lessons from guys like Conor McGregor and Chael Sonnen, who have patterned themselves after guys like Superstar Billy Graham or Ric Flair. I know I’m not the only fan out there; I’m just more vocal about it because it’s something that I really am passionate about. A lot of people watch stuff like Game of Thrones or Breaking Bad and it gives them an escape. My escape is pro wrestling and MMA.”

And when MMA is done, “Filthy” Tom expects that he will play out his competitive days in a pro wrestling ring.

“Eventually I’m going to get to the point where I’m not going to be able to compete at the level that I want to in mixed martial arts and then I think I’ll just go into pro wrestling,” he said. “So it’s definitely something in my future.”

Now though, with his injuries healed, his body rested and his eyes focused on Gian Villante and the New Yorker’s number 15 ranking at light heavyweight, Lawlor is all-in when it comes to MMA.

“I want that ranking,” he said. “I’ve been looked at like a jokester for my whole career. I’ve been like the court jester, and in a lot of ways I’m kind of upset with that. Maybe as I get older I get a little bit saltier. (Laughs) It’s time to make sure that the joke’s now on the 205 division.”