UFC 171’s Robbie Lawler on Johny Hendricks: This won’t be a war of words
By Steven Marrocco, MMA Junkie 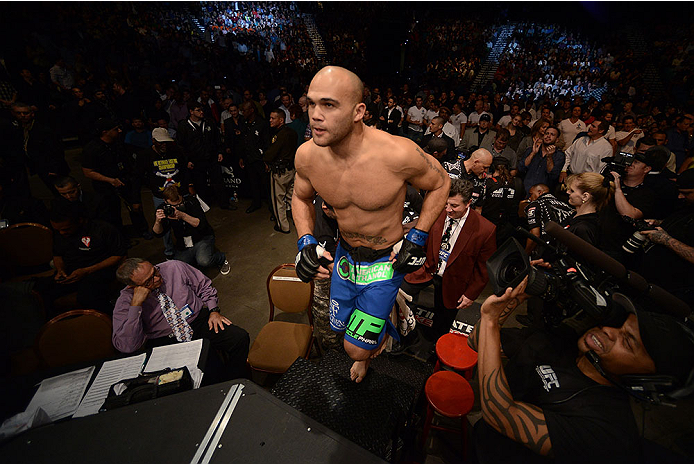 "Lawler (22-9 MMA, 7-3 UFC) told MMAjunkie he was at a restaurant with his wife and son earlier this month when he got word that he will fight Johny Hendricks (15-2 MMA, 10-2 UFC) for the vacant welterweight title in March at UFC 171.

"Lawler and Hendricks meet in the headliner of UFC 171, which takes place March 15 at American Airlines Center in Dallas. The main card, initially slated to feature a light heavyweight title fight between champion Jon Jones and Glover Teixeira, airs on pay-per-view following prelims on FOX Sports 1 and MMAjunkie.

"Lawler doesn’t have any thoughts as to the hows and whys of his sudden opportunity – only that it’s here, and he’s going to make the best of it."