Lawler And MacDonald Both Different Fighters in 2015 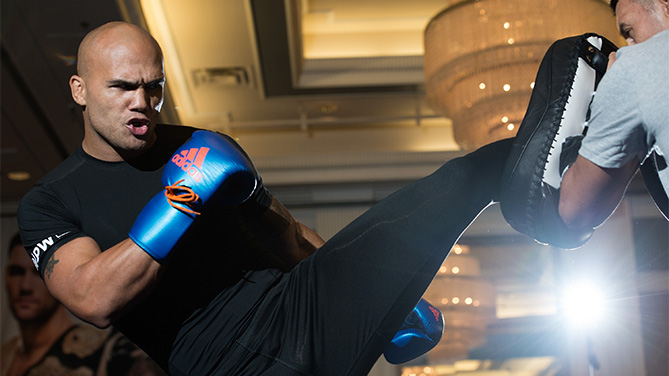 Robbie Lawler hasn’t had to carry the promotional load for UFC 189, even though he’s the UFC’s welterweight champion and a big fan favorite.

Most of the attention has gone to featherweight Conor McGregor, who meets Chad Mendes in the main event Saturday at MGM Grand for the interim title. But Lawler said Wednesday he doesn’t mind taking a back seat for this fight card.

“It’s just business as usual,” he said Wednesday after he and challenger Rory MacDonald took part in a public workout. “If I had to carry the show, I’d do that. But I’m just going to go out there and be me, and get in Rory’s face and get a knockout.

“I don’t really concentrate on the promotion as much. I’m just going to be me and hope the crowd loves it.” 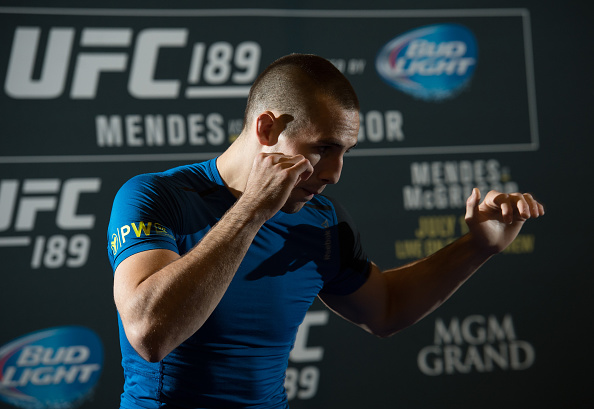 The scheduled five-round fight will mark Lawler’s first defense of the title he won from Johny Hendricks at UFC 181 last December.

It’s also his second bout with MacDonald (18-2), the division’s No. 2 contender. Lawler won a three-round split decision from MacDonald in November 2013.

MacDonald said later he wasn’t in the right frame of mind in their first fight, something he vows won’t happen this time. In fact, that loss renewed his energy.

“It re-motivated me,” he said. “It lit the fire again. Sometimes the fire goes out a bit. It sparked the flame, and now I’m feeling good. I’m feeling hungry.” 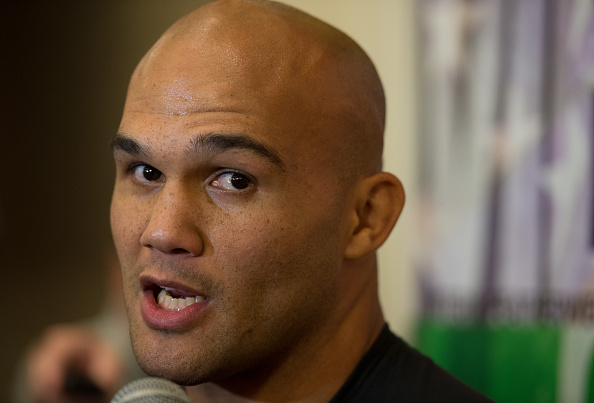 So is Lawler (25-10), who acknowledged a respect for MacDonald but still plans to end their fight quickly.

“I respect everyone in the cage, but it’s all about me going out there and showcasing what I’m capable of and all the hard work that I’ve put in,” Lawler said. “The last seven months I’ve grown as a fighter. I’ve continued to grow every fight, and I’m going to showcase it.”

MacDonald has won three in a row since his loss to Lawler but said he’s not concerned with how much the champion has changed in the past year and a half. 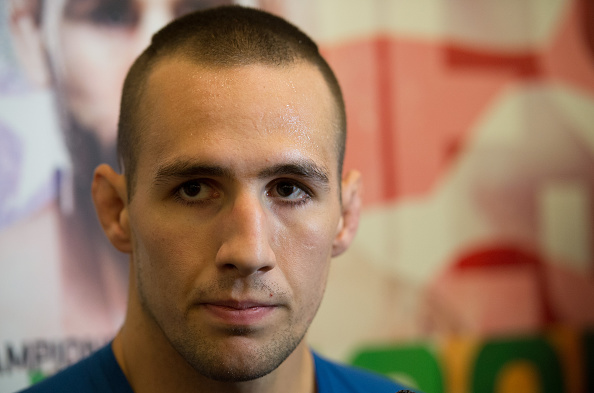 Lawler said he hasn’t thought much about whether or how much MacDonald has evolved as a fighter since they last met. His concentration has been on himself and his improvement.

He expects to show it Saturday night.

“I’m ready to cement who I am as a fighter and show everyone how I’ve grown. I’m going to put on a great performance.”