The Lauzon Chronicles: Part I – A Memorable Introduction

The story behind Joe Lauzon's memorable UFC debut
By Thomas Gerbasi, on Twitter @tgerbasi • May. 22, 2020

The UFC’s first 155-pound champion was coming off a stint in PRIDE and a one-fight visit to the IFL, and after being invited to coach The Ultimate Fighter 5 as a prelude to a rematch with BJ Penn, Pulver needed a fight in the Octagon on the UFC 63 card in Anaheim on September 23, 2006 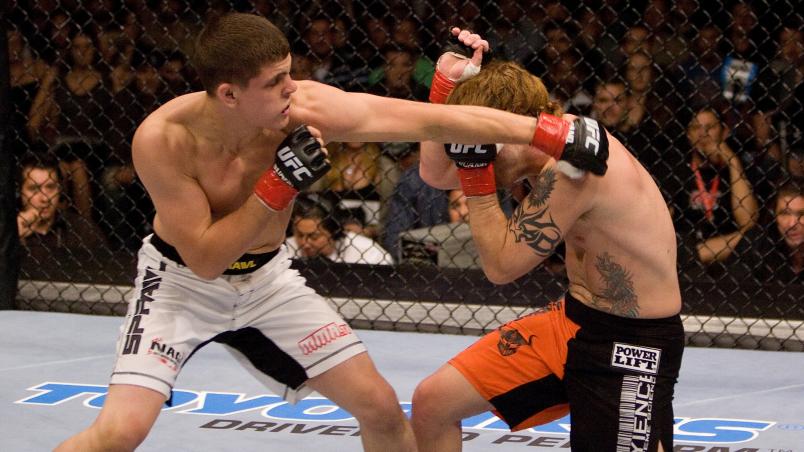 “At first, I thought it was a joke,” Lauzon said. “I didn't think it was real. We had literally been talking the week before about fighting different people and how would you fight this person or that person, because I've always been into the mental aspect of it and the strategy part. I was talking with Chris and he said, 'How would you fight Jens Pulver?' I said that's a nightmare stylistic matchup for me. He's got really good boxing, really good standup, really good wrestling. It would be tough for me to take him down. Five days later, Chris is like, 'Hey, the UFC called, you want to fight Jens Pulver?' I didn't believe him.”

Eventually, Palmquist convinced Lauzon that it was real, and the soon to be 22-year-old knew what he was up against.

“Oh yeah, I fully knew exactly what was going on,” he said. “The way the fight game is, someone wins, someone loses. So someone's star shines a little bit brighter and someone's dims a little bit. That's the nature of it and it's just the way it goes.”

Lauzon had seen both ends of the win-loss equation, and while he hated to lose, he knew it was part of the game and that the sun would still rise the next morning. So not surprisingly, he took the fight. The only problem was, fighting was not his sole gig at the time. In fact, it was only a small part of his daily routine, despite the 16 pro fights under his belt. 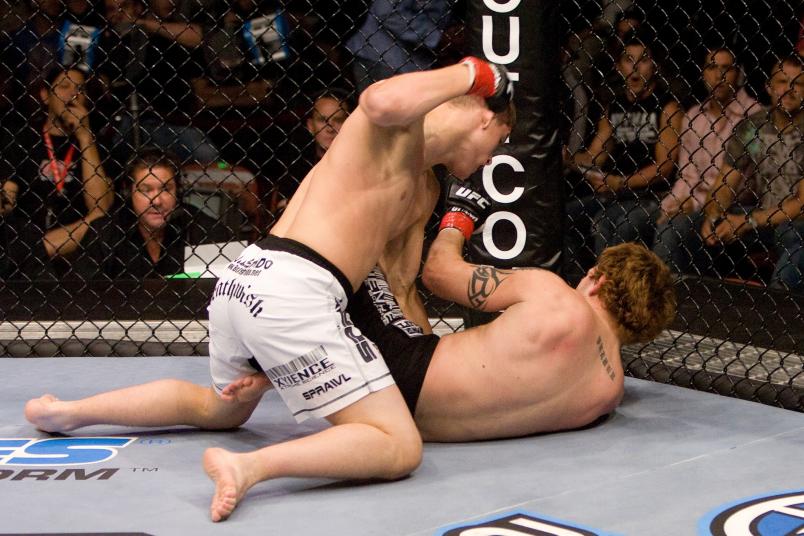 “The big question for me was, okay, what do I do about school?” he recalls. “I was still going to school; I was a senior in college and finishing up my last semester. I thought, I like computer science, but I really enjoy training and fighting. It would be so awesome to fight in the UFC and do that as a full-time thing. Should I take the semester off? I basically had senior projects left and I could do that anytime. Do I cut back my hours at work? I can't do it all. I can't finish school, I can't work and I can't fight in the UFC. There's not enough time. And I was working for Yahoo, making websites, too. (Laughs) I determined I couldn't cut any of them back. So what do I do?”

He soon came up with a solution.

“I just don't sleep,” he laughed. “And it was really, really hard, but we got it done.”

So take school, training, the IT job and the website creation gig, and Lauzon went to work. It was interesting.

“I’d go to the gym and do all my boxing stuff and strength and conditioning stuff, then would grapple after,” he said. “And some nights I would go to the gym to grapple and I would just lay on the mat and take a nap. That was how it went.”

At that point, Lauzon loved fighting but assumed it wasn’t ever going to be a full-time job. The Ultimate Fighter kicked off the MMA explosion here in the States, and the UFC was getting bigger and bigger, but it wasn’t where it is today in terms of exposure or money. 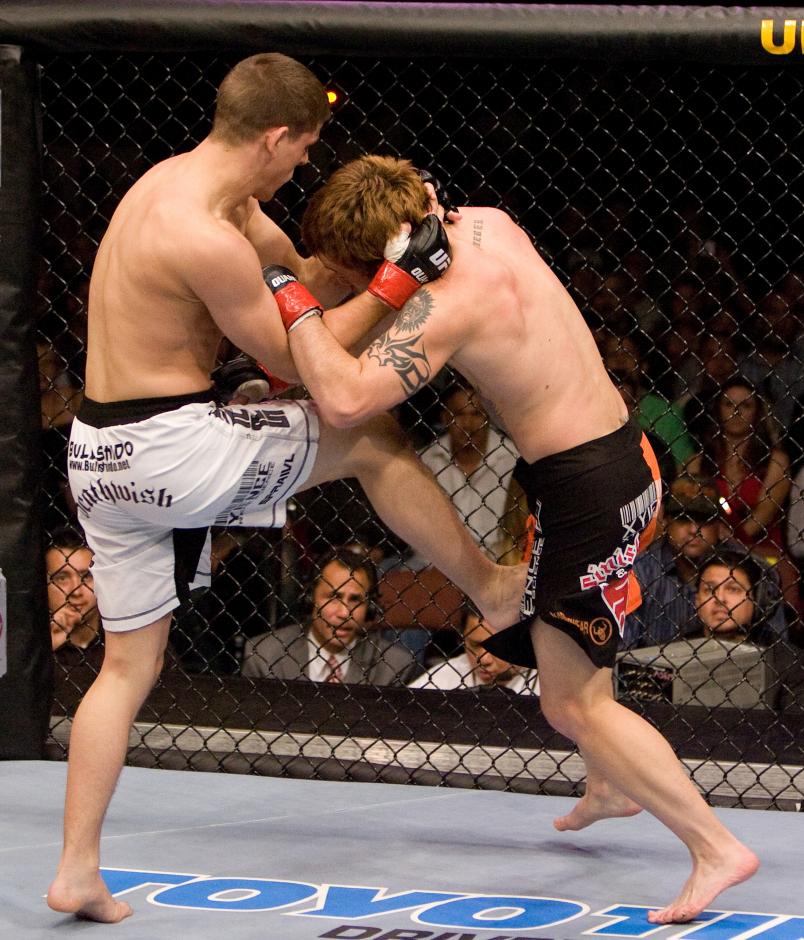 “That wasn't on my radar,” Lauzon said of fighting full-time. “To me, it was something fun to do. I fight Jens Pulver, and regardless of how that went, I figured they'd probably give me another fight, and I get two or three fights in the UFC, just get to say I did it, and it would be fun to do and I go back to work.”

Team Lauzon cut corners where they could, squeezing eight people in a room once they made it out to Anaheim, and Lauzon knew that whatever happened on fight night, he had to get back to Massachusetts the next day so that he would be able to clock in for work on Monday.

Then he knocked Jens Pulver out in 47 seconds and everything changed. In addition to his win bonus and sponsorship money, he took in a Knockout of the Night bonus, and while he did make it back to work on Monday, he began to think that maybe he could fight for a living.

“I fought Jens Pulver, I went back to work on Monday, went to work for a while, and went on The Ultimate Fighter, taking a short leave of absence for that,” he said. Ultimately, the die was cast.

He was going to be a full-time fighter.

“I liked the freedom in the beginning,” said Lauzon. “But to be successful and to fully commit, you have to do that, so that's what I eventually had to do.”

Stay tuned for more of the Lauzon Chronicles