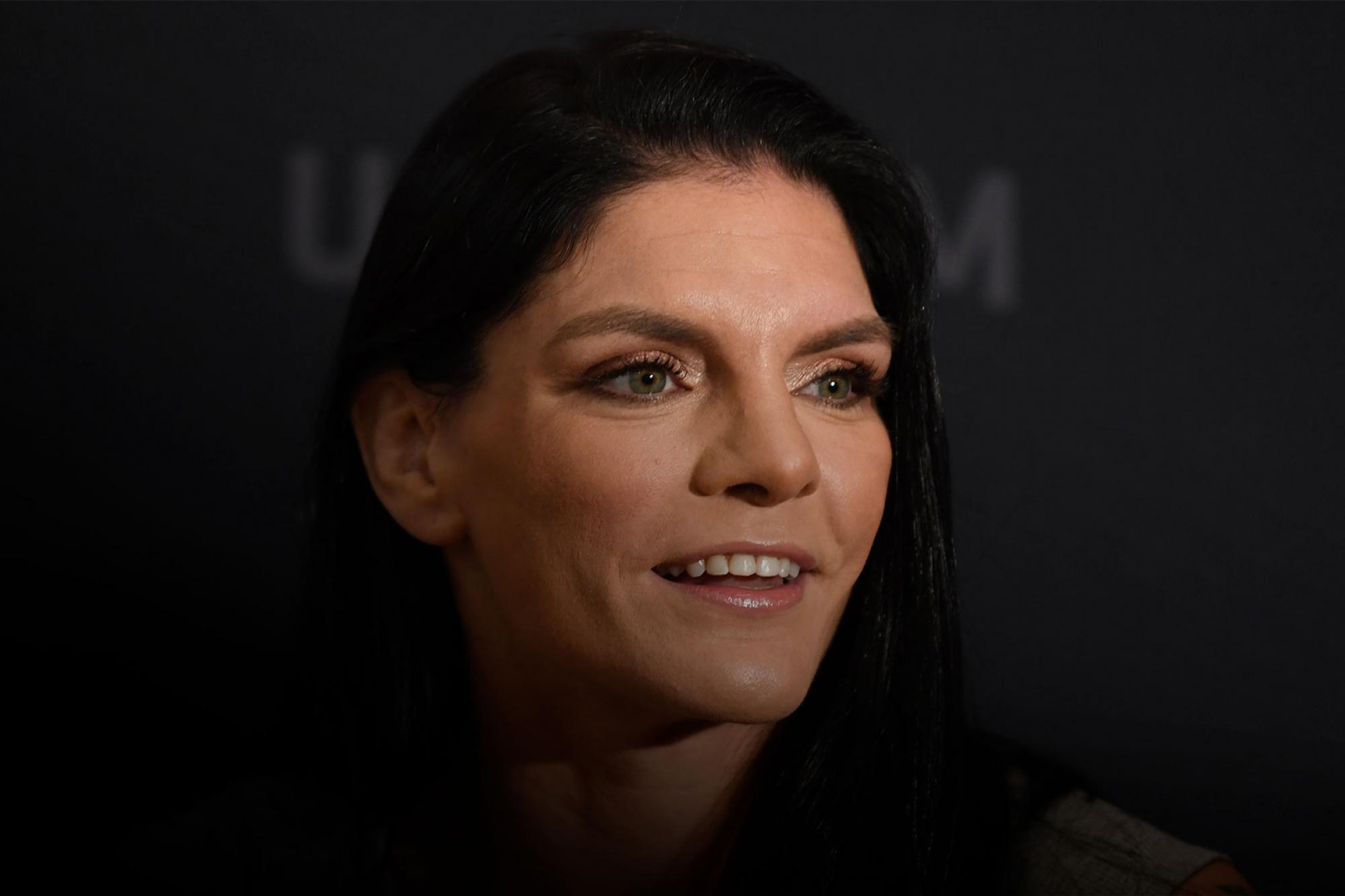 Lauren Murphy is set to take on Liliya Shakirova at UFC 254 on Fight Island Saturday
By Zac Pacleb, on Twitter: @ZacPacleb • Oct. 21, 2020

When Lauren Murphy got the call to fight Cynthia Calvillo on Fight Island, she couldn’t have been more excited. A win would almost certainly send her into a flyweight title shot, and the prospect of showing off her grappling against someone of Calvillo’s caliber was of peak interest. But, as the fight game is one to do, she had to scrap those plans when Calvillo withdrew from the bout and in stepped Liliya Shakirova making her UFC debut.

While a late change can certainly flip plans on their head, Murphy is taking it in stride as she enters the Saturday bout on a three-fight win streak.

“It’s disappointing for your matchup to fall through,” Murphy told UFC.com. “It can be a little nerve wracking, but this is still a great opportunity for me, and there’s no rule that says I can’t still show off my grappling in this fight.”

That sense of confidence doesn’t just stem from her recent run, but from a year’s worth of work and changes that propelled her up the flyweight ladder. After dropping a unanimous decision to Sijara Eubanks in June 2018, Murphy moved her camp to work with Bob Perez and company in Houston, Texas.

There, Murphy rediscovered something she hadn’t realized she lost: her confidence.

“I think I just had no confidence the last five years or so, and that really showed,” she said. “That showed in The Ultimate Fighter. It showed in my performances. It showed in my interviews. It showed in the way that I carried myself, and I didn’t realize that that was the problem until I started working with a new team and was able to get some of that confidence back.”

The shift is evident in her performances. In fights against Mara Romero Borella, Andrea Lee and Roxanne Modafferi, Murphy showed an improved striking game and assertiveness against three tough opponents. While the fights weren’t without their spells of adversity, Murphy’s ability to respond positively shed light on that renewed self-belief.

In turn, Murphy’s perspective on her worth as a contender in the flyweight division is much more evident, as well. Her current run is the second-longest active winning streak in the division to champion Valentina Shevchenko, and while she feels some frustration toward Jennifer Maia getting a shot at the belt after submitting Joanne Calderwood, she doesn’t mind taking the long, winding path up the mountain.

“They’ve actually done me a huge favor because when I do fight for the title, I’m gonna know that I’ve faced some of the toughest women and that I have faced the best that the division has to offer,” she said. “That’s going to give me confidence. I would not want to go into a title fight knowing that I have a .500 record in my last couple of fights, knowing I have not faced the best, knowing that I can’t make weight successfully. I would feel a lot more confident going into a title fight knowing I worked my way up the ladder and that nobody ever handed me anything. I like that idea, and I think one of the things that sets me apart from the other girls is I don’t mind the grind. I don’t mind facing the best that the UFC has to offer, and I’m going to keep proving myself every time I step in there.”

Murphy’s run of success is the most notable of her career thus far, but what’s been commonplace throughout more than a decade of fighting is her willingness to throw down and grind things out. Whether it’s a scrappy grappling affair, a phone-booth style striking match or something in between, Murphy persists and has never been finished in her 17 professional fights.

That sort of toughness isn’t something she discovered in the Octagon. Rather, she carried it with her into the MMA world.

“When I was a kid, people would always comment on how tough I was, how strong I was, the way I carried myself,” Murphy said. “I remember a lot of times, boys challenging me to fight. Girls were scared of me even though I had never even been in a fight as a kid. For me, toughness is a mentality, it’s an attitude and it’s a physical trait. I can get hit pretty hard and keep on going. It’s physical, and it’s mental, and it’s emotional. I am just tough as f***.”

As a kid, though, growing up with an aura of toughness and attitude came with its uniquely embarrassing moments.

“My f***ing fifth grade teacher, when we did Tom Sawyer for a school play, she tasked me with the part of the bully that beats up Tom Sawyer, a little boy,” Murphy said. “I went home crying because I didn’t want to be a boy. I wanted to play the part of a f***ing girl. In fifth grade, that’s embarrassing. My mom said, ‘Well, go talk to the teacher.’ I did, and I said, ‘Why did you task me in this part of Alfred, this boy that beats up Tom Sawyer?’ The teacher flat-out looked at me and said, ‘You’re just tough. The way you carry yourself and the way you walk around, you’re tough. You’re an Alfred, sorry.’ I was like, ‘God dammit,’ but that kind of made me feel better.”

In mixed martial arts, though, things “just clicked” for Murphy. It wasn’t long before she knew this was the career path for her, and it didn’t take much time for people to take note of her resilience, as well.

Toughness mixed with confidence makes for a dangerous fighter, and that’s where Murphy finds herself now. Although her No. 1 contender fight fell through with Calvillo’s withdrawal, this is her opportunity to make a statement and add to her resume. Another win, and she might have the most robust case to challenge Shevchenko in the flyweight division. She’s well aware of the opportunity still in front of her and is keen on making the most of her chance on Fight Island.

“I’m going to keep fighting whoever they (the UFC) put in front of me and, eventually, I’m going to convince them that I am the number one contender.”