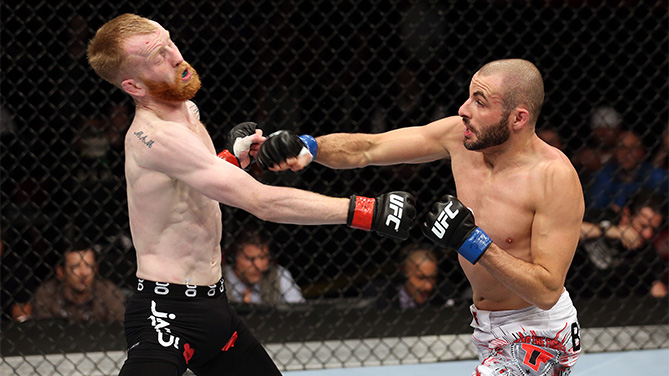 Scores in the UFC Fight Night prelim bout were 29-28 across the board.

Holohan (10-1-1) controlled much of the first round, with several takedowns and a tight body triangle keeping him ahead of his foe. Kelades was able to rock Holohan briefly with a right hand early in the frame, but other than that, it was the Dubliner all the way.

With the crowd cheering him on, Kelades (8-1) started the second off strong with some hard knees at close range, and as the two subsequently tumbled to the mat, the Cole Harbour product was able to take advantage of positioning as he sunk in a guillotine choke. Kelades eventually gave up on the choke, Holohan settling into the top position. With a minute left, the two rose, but Kelades responded with a slam of his opponent. Moving into the mount position, Kelades fired off a barrage of ground strikes and tried to sink in an armbar, but the bell intervened.

Kelades roared out of his corner to start the final round, Holohan slowing things down with a takedown attempt that came up short. Kelades kept the pressure on, with the fight going back to the mat. A triangle attempt by Holohan missed the mark and Kelades took the wheel, throwing strikes as he moved from position to position, wrapping up an impressive and improbable effort. 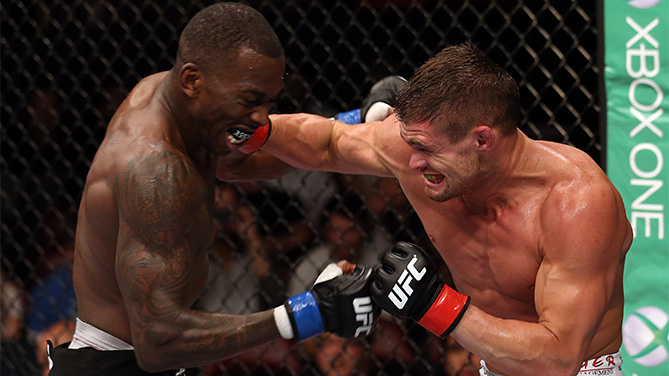 It wasn’t a bout that lived up to its Fight of the Night billing, but Daron Cruickshank won the battle of strikers against Anthony Njokuani with takedowns, taking a shutout three-round decision in the process.

Cruickshank set a fast pace from the start, using his strikes to set up a takedown 90 seconds in. Njokuani got up quickly, yet even though he was being the aggressor, he wasn’t putting the requisite punches or kicks behind it to give Cruickshank any cause for concern. Detroit’s Cruickshank pulled off a second takedown with a minute remaining and he kept the Las Vegan grounded until the horn.

The mix of striking and takedowns continued to pay dividends in round two, with a flying knee and a thudding slam the highlights for Cruickshank. With under two minutes left, Njokuani finally began to sit down on his punches, but Cruickshank took the shots well and came back firing hard.

The pace dipped in the third, but things got interesting in the final minute when Njokuani went for an armbar after a Cruickshank takedown. He wasn’t able to secure the finish, with the bout ultimately going the three-round distance. 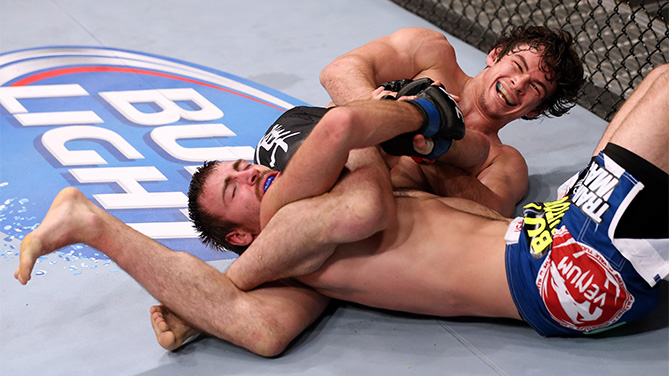 Aubin-Mercier’s striking looked to be on another level since his time on TUF Nations and subsequent loss in the finals, and whether it was his kicks or his punches, he took an early lead, allowing him to close the distance midway through the round and score the takedown. After taking several ground strikes, Lindsey (9-2) got to his feet with a minute left, even scoring with a leg-trip takedown before the end of the round.

The left hand of Montreal’s Aubin-Mercier (6-1) was on target in the second, and a takedown midway through the round extended his lead. But he wouldn’t need it, as the judo black belt submitted Lindsey with an inverted triangle choke (a sankaku-jime in judo parlance) at the 3:22 mark. 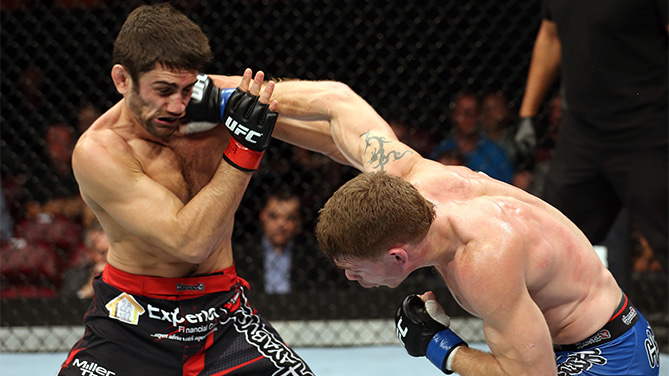 Felder’s takedown defense was effective in the early going, but two minutes in, Saggo got the fight to the mat. Felder still made him work, not giving up anything easily. Felder was soon able to get himself upright, but Saggo put him back down almost immediately. Felder did reverse position late, getting some strikes in before the horn.

Saggo’s aggression in trying to get the takedown didn’t let up in the second, but Felder still wasn’t going to give up that position, and in the process he dominated the frame, punishing his foe at every turn.

There was more of the same for much of the third, but in the final seconds, Saggo hurt Felder and almost finished him, with only the bell keeping the Philadelphian from such a fate. 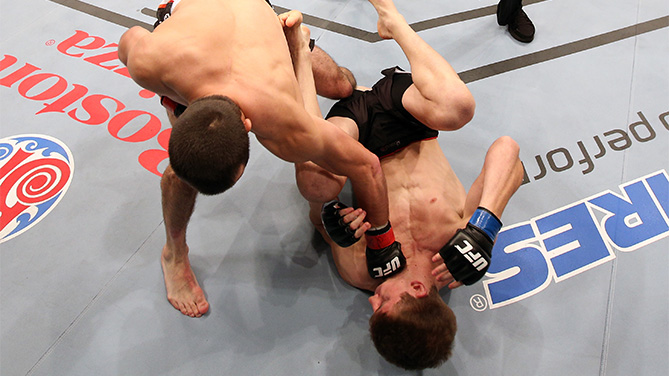 Russia’s Albert Tumenov cut down the 6-foot-4 Matt Dwyer down to size in their welterweight bout, using two ferocious head kicks to win via first round knockout.

The 5-foot-11 Tumenov was expected to have some difficulty getting inside on the British Columbia newcomer, but a left kick to the head dropped Dwyer and took care of that problem. Dwyer gamely tried to rise, but a second kick put him down and out, with referee Dan Miragliotta halting the bout at the 1:03 mark. 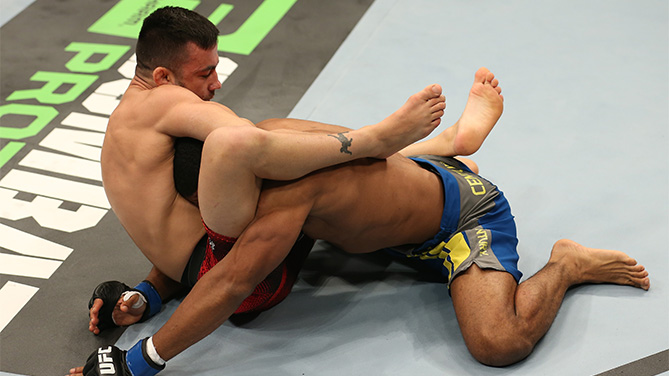 Bantamweight prospect Pedro Munhoz made quick work of Jerrod Sanders, submitting his foe 39 seconds into the first round of their prelim card opener.

Sanders, a former standout college wrestler, tried to take the fight to the mat as the fight began, but in the process of his takedown attempt, Munhoz locked in a guillotine choke. Sanders tried to slam his way out of trouble, but that just tightened the Brazilian’s grip, and the tap followed, improving Munhoz’ record to 12-1. Sanders falls to 14-3.