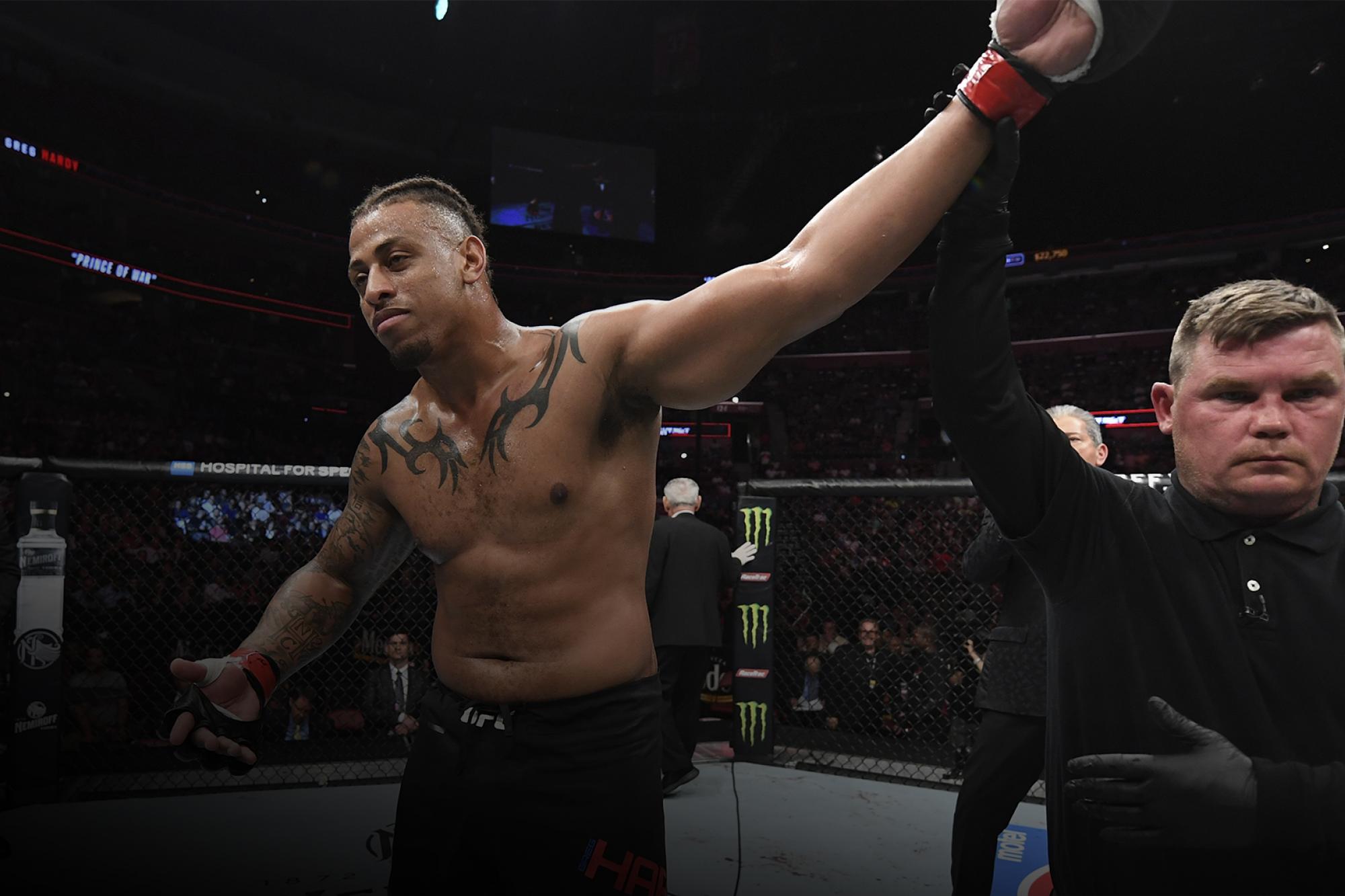 After three amateur wins, two victories on Dana White’s Contender Series and a stop by XFN, it wasn’t until an April night in Florida that Greg Hardy finally had a UFC win under his belt.

It was quite a gamble predicting success from the former NFL star, so the UFC was patient. He worked his way up through the amateur ranks before being tested twice in DWCS, and as a heavyweight, you’re only a rogue punch from being finished. Hardy knew this and played it cautiously before finally making it to The Show. He gave the crowd everything they have come to expect from a heavyweight with natural power and limited experience against Allen Crowder in January 2019. It was a wild brawl while it lasted, but a beginner’s mistake ended Hardy’s night early and his illegal knee earned him a disqualification loss.

Hardy bounced back only three months later when he took on 9-2 Dmitrii Smoliakov on April 27, 2019. While he never found much success in the UFC, Smoliakov was a Russian fighter known for his ability to finish. Entering the Hardy fight at BB&T Center in Sunrise, Smoliakov had never once seen a fight go the distance. His “kill or be killed” mindset, along with a decorated ground game, earned Smoliakov five submissions and four knockouts in his career. 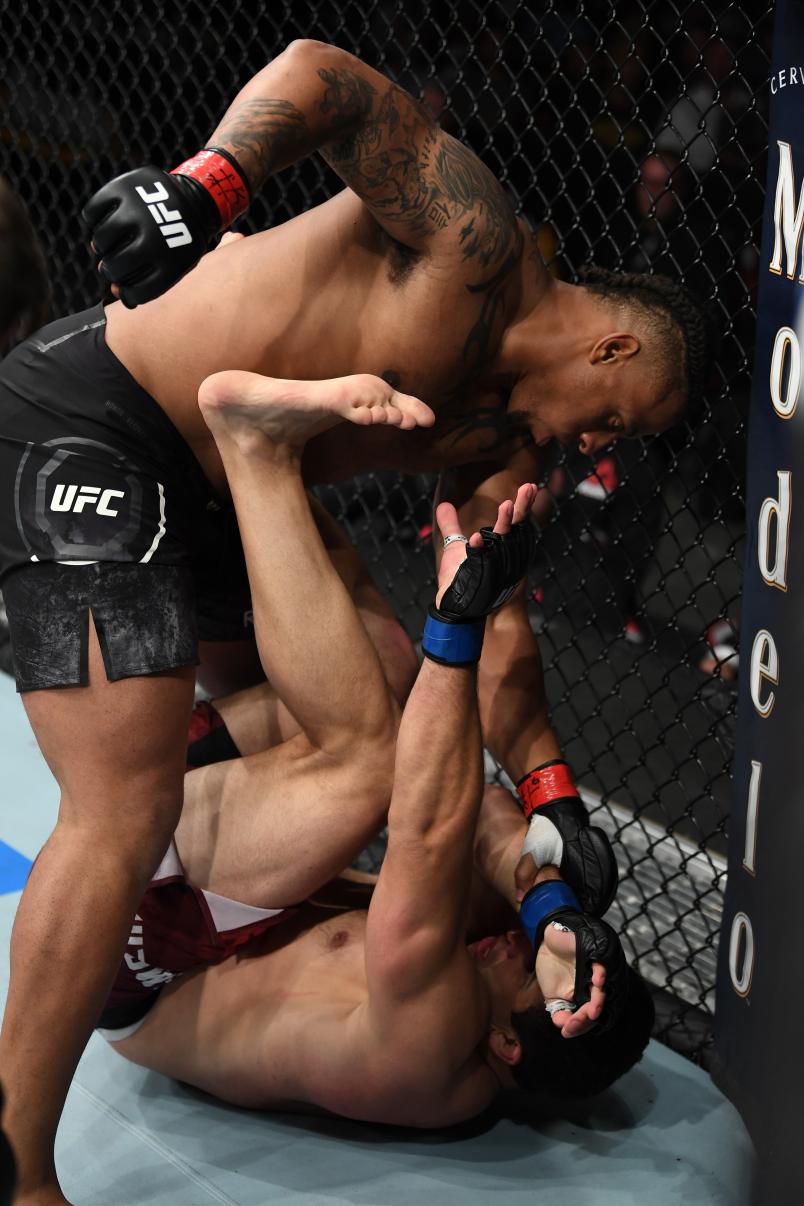 Yet Hardy’s limited Octagon experience did little to deter his confidence as he hoped to take the fight out of the hands of superstition by giving Bruce Buffer a fist bump before the fight started.

This confidence led to Hardy taking the center of the Octagon and going on the prowl for the 37-year-old veteran. Hardy looked for an opening, and while he was having no trouble throwing, he was having a little bit of trouble landing any of his strikes in the opening 90 seconds.

A head kick by Hardy echoed throughout the arena and Smoliakov found himself spending the rest of the fight in survival mode. When Hardy dropped Smoliakov, the wrestler realized that the ground wasn’t where he wanted to be after all.

After knocking Smoliakov’s mouthpiece out with hammer fists, Greg Hardy was pulled off his opponent at 2:15 of the first round, securing his first UFC victory.

Hardy celebrated and poured out his appreciation for his team and his new home state before saying he’d be willing to fight any time his management team told him to. With five fights in 2019, he certainly stayed true to his word.

For every single professional bout of Greg Hardy’s career sign up TODAY for UFC FIGHT PASS!