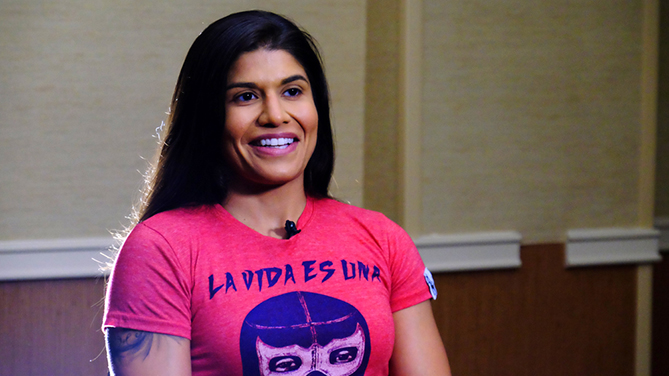 It had to be the worst time of Jessica Aguilar’s professional life. After years and years of waiting to see female fighters able to compete on the sport’s biggest stage, Aguilar’s wish was answered when the UFC brought women into the fold in 2013. Even better, her 115-pound division followed in 2014, with the eyes of the MMA world focused on a weight class many believed she was the queen of.

But she wasn’t a UFC fighter. Not yet. As 2015 dawned and the attention centered on the names Jedrzejczyk, Gadelha, Vanzant and Penne, Aguilar was the World Series of Fighting promotion’s champion, unbeaten for over four years, but with no way of proving that she was the best strawweight on the planet. 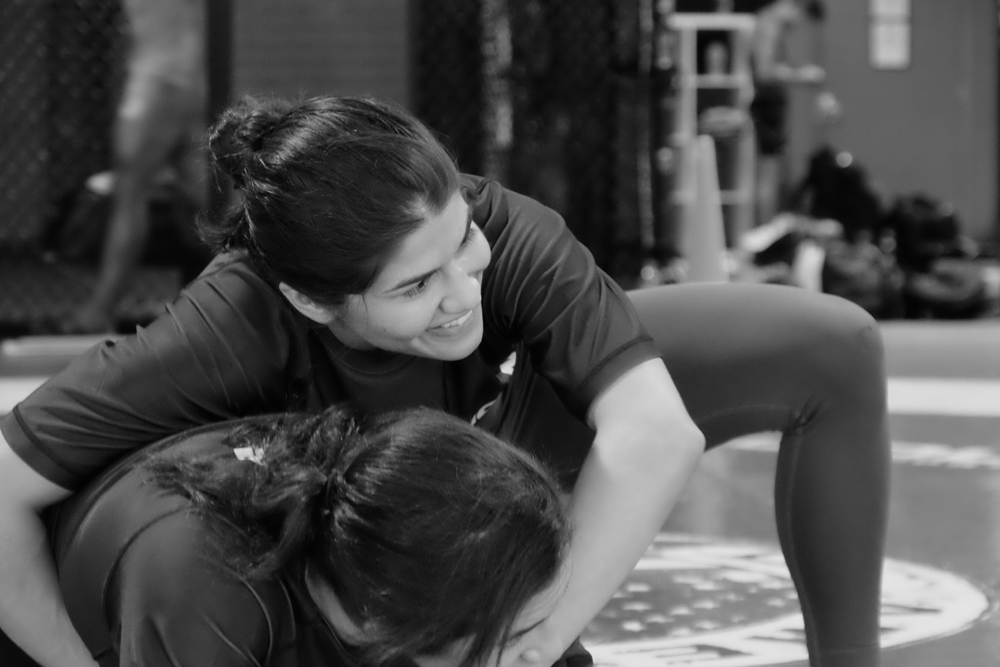 “I’m just calm, and I’m still being patient because I know I’m headed in the right direction and doing the right things,” Aguilar said. “Everything happens for a reason, you’re put in every situation for a reason, and I stopped questioning things a long time ago. You can’t ask why; just do the right thing and go with it. I was having a great year last year, and I was really happy to be seeing what was going on with the UFC and my weight division. It was amazing, because I’m the best strawweight in the world and look what’s going on. My division is in the biggest promotion in the world. I was just seeing opportunities, and not only for myself, but for a lot of women, because there are a lot of strawweights around the world and a lot of great talent. I was happy to see that.”

The response is almost Zen-like. There is no touch of jealousy, no hint of bitterness that she wasn’t able to compete on season 20 of The Ultimate Fighter with the other strawweights signed to the UFC or even come in after the show was over to test herself against her peers in the Octagon. Even now, as Aguilar awaits her UFC debut on Saturday against Claudia Gadelha, she doesn’t talk trash about the division or declare war on the champion. In fact, she couldn’t be more complimentary of the roster she has recently joined.

“There’s a bunch of talent and that’s what I want – I want to fight the best,” she said of the division. “I see great talent, Joanna (Jedrzejczyk) is a great champion, I like her, and she’s obviously where she’s at for a reason. She didn’t make herself the champion; she earned it. I like it all. I can’t wait to get started on August 1.”

On August 1, she faces Gadelha in the jiu-jitsu standout’s hometown of Rio de Janeiro. If you’re talking about being tossed into the deep end the first time out, this is a prime example, especially considering that Gadelha is ranked number one at 115 pounds and is expected to get a rematch with Jedrzejczyk should she win at UFC 190. But the 33-year-old Floridian isn’t the type to get rattled by much, if anything, and she can point to the first of her two wins over WMMA pioneer Megumi Fujii in 2012 as the catalyst for everything positive that has happened in her career since. Don’t call it a “secret” though. She prefers “turning point.”

“There’s no secret,” she said. “You’ve got to stay focused and dedicated, and keep training, and I did that. But I think my turning point was when I beat Megumi Fujii. I was like ‘okay, I just beat the number one strawweight in the world, the pound-for-pound number one.’ She was like Ronda (Rousey) back in the day. Megumi Fujii was the Fedor (Emelianenko), pound-for-pound the best for several years, and I beat her. I said ‘you just beat your idol; this is real.’ That was my turning point. My mind shifted and said ‘okay, this is serious. I’m number one now, I’m the best, so I have to keep showing that.’”

The win over Fujii was her fifth in a row, and she’s since added five more to a streak that includes another victory over Fujii and wins over UFC vets Carla Esparza and Lisa Ellis. But Aguilar’s run in the UFC will be the test of whether she is truly the top strawweight on the planet. She’s up for that challenge, but all talk of competition aside, she’s 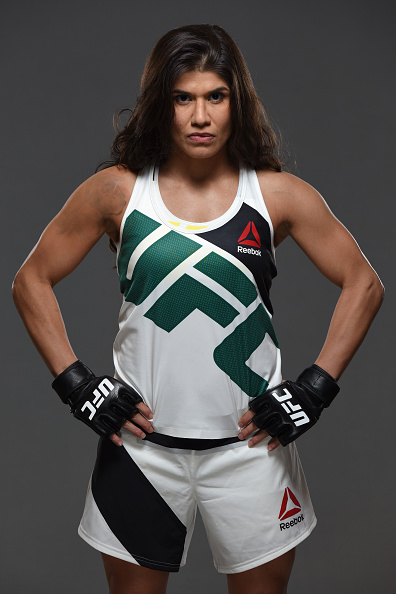 pretty excited to see how far things have come since her pro debut in 2006.

“I knew that it was gonna get big,” she said of WMMA. “It was just a matter of time, and it would grow. Did I know that it was gonna be this quick and I was gonna be able to live it and be a part of it? No, I didn’t think so. But I knew that this day was gonna come, and I’m living it now. It’s pretty cool to look back, and from Day One I believed in myself and I said this is what I’m gonna do, and I kept my word to myself and stayed dedicated, and I’m here.

“I did my first UFC interview and my emotions kind of hit me, but it’s a grateful kind of emotion,” Aguilar continues. “It’s all that hard work, like ‘oh my God, I’m here.’ I’m really grateful to be here, I’m really happy, and I’m going to continue being who I am. I’m going to keep that smile and keep believing in myself. I can’t wait to introduce myself to the UFC fans.”

UFC fans feel the same way about meeting Jessica Aguilar, but make sure to remember that for all the good vibes around her debut, “Jag” is here on business, and that business is to be the best 115-pounder in the UFC.

“I worked so hard for almost 10 years and I’ve beat the best of the best,” she said. “I just didn’t give myself the ranking, I’m not just saying ‘I’m the best strawweight in the world’ because I think I am. It’s because I put in the work, I’ve worked my way up and I’ve earned it. I knew that when my (WSOF) contract was up, my next move was to go to the UFC, and this is where I’m going to end my career. So it’s a pretty amazing closing to my story in MMA. I started from nothing, I joined a gym just like any other regular girl that joins the gym, and I became a world champion. And I’m going to end my career in the UFC and as the strawweight champion.”