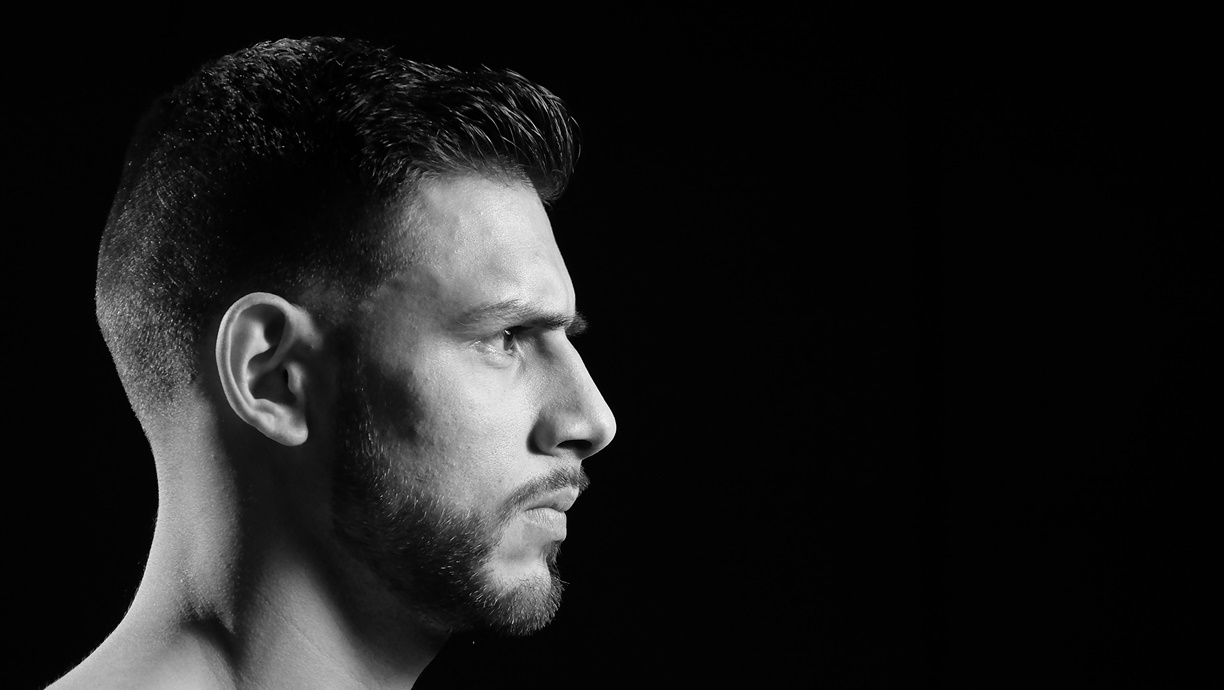 Yair Rodriguez is not as serious as he seems. The rising featherweight star even admits that those around him occasionally have to tell him to chill out. But when it comes time to train and fight, that’s when his poker face takes over.

“When I have to work, I just close down all that kind of stuff and I focus on my goal and my career. I try to be as professional as I can.”

It’s a refreshing attitude for a 23-year-old with the world about to be at his feet. Some would say it’s already there as the former Ultimate Fighter Latin America winner approaches his first UFC main event this weekend against Alex Caceres. But he’s not about to get distracted, and for inspiration, he looks at “The Greatest” himself, Muhammad Ali, quoting the legendary heavyweight champion, who famously said, "I hated every minute of training, but I said, 'Don't quit. Suffer now and live the rest of your life as a champion.'”

That’s where Rodriguez finds himself today.

Most young athletes focus on the next afterparty, the next viral video or the next sports car in the driveway. Rodriguez is aiming for greatness, and that already gives him an edge on his peers. But when the world agrees that he’s pointed in that direction, there are pulls in every direction, whether it’s from the media, the fans, or family and friends.

In the lead-up to this weekend’s bout, he admits that, “It’s been crazy these last couple months. There’s a lot of media we have to handle, a lot of flights, a lot of stuff we have to do. There’s less training and more traveling and stress, but we try to keep everything together and we just do the best with what we have. We try to keep it as normal as possible, and we’re still training hard.”

And to aid with the duties that come with being a headliner and the top young fighter from Mexico, he’s remained in Chicago, his home away from home. In the Windy City, he doesn’t just get the training and coaching he needs, but he can be like any other fighter.
RELATED CONTENT: Yair Rodriguez is El Pantera | Free Fight vs Andre Fili | Matchup with Caceres | Fighter bio

“It’s pretty important to keep yourself low-key,” Rodriguez said. “I’m here in the United States where nobody knows me, but I also have the coaches and training. In Mexico, you have the training and the coaching too, but it’s different. We are some steps behind the United States in training and knowledge of MMA, and that’s why I’m here with Coach Mike (Valle) and people who love me, and I love them too. They want me to succeed and I want the success too. It’s good to be around people who want the same goals for you that you want for yourself in your life and they want you to make them come true. That’s why I’m here.”

It’s also why he’s one of the most exciting and dangerous fighters in the promotion. Unbeaten in six fights since his lone loss in 2012, “El Pantera” is 4-0 in the UFC, a stretch that includes a Fight of the Night war with Charles Rosa and a highlight reel knockout of Andre Fili. When Rodriguez is in the Octagon, all bets are off, as fans never know what’s going to happen next. The same goes for Caceres, but the Parral native isn’t concerned about facing the unorthodox “Bruce Leeroy.” 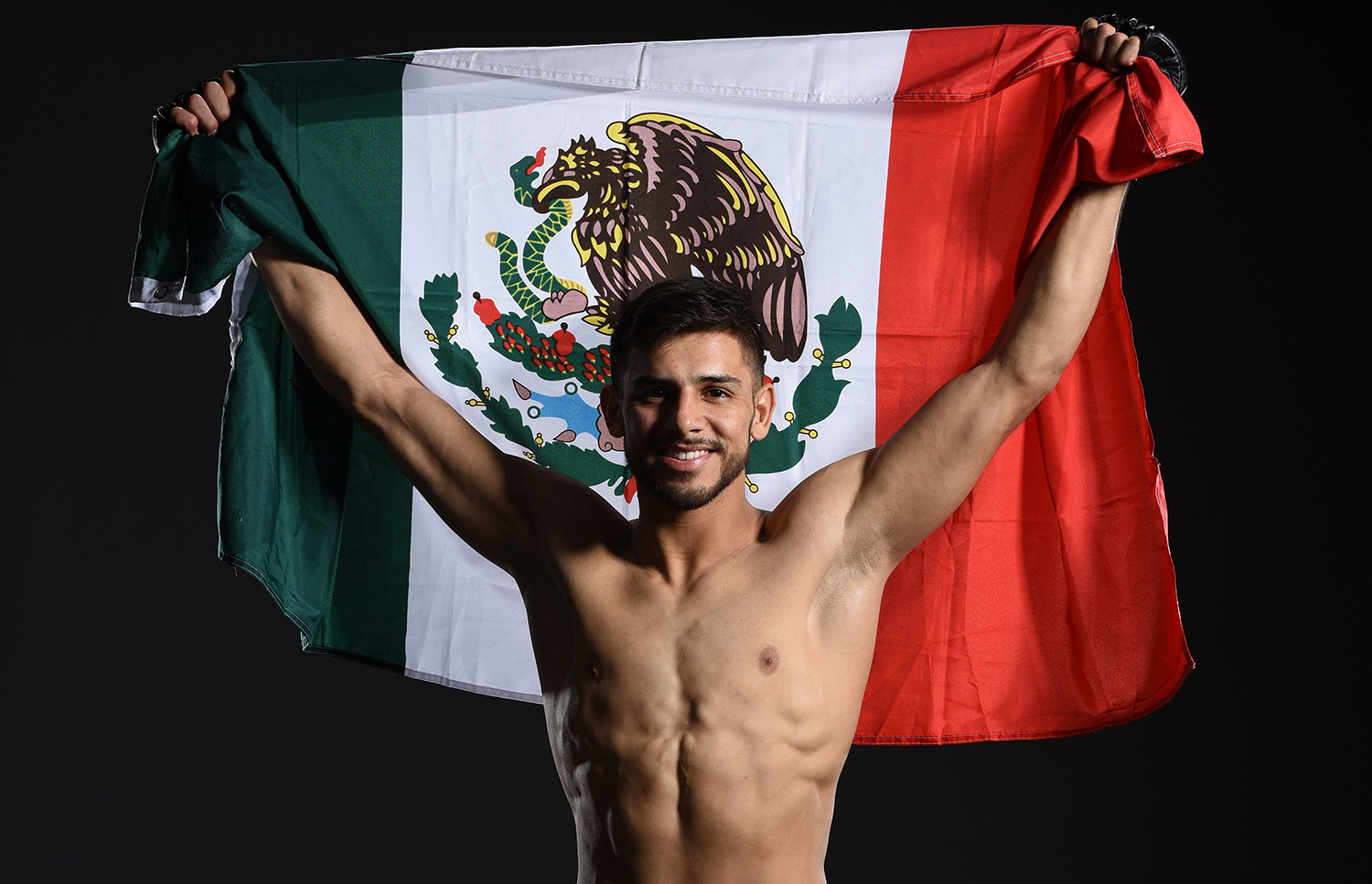 “I’ve worked with a lot of guys that have been helping me a lot and they have a similar style to Caceres, and I don’t have too much of a problem with guys like that,” he said. “I’m not saying that he’s no good – he’s good and I respect him a lot as a fighter, but I’ve been training since I was a kid, so I’m used to that kind of stuff – people who change stances and stuff like that – and three of my fights in the UFC have been against lefties, so I’m used to it. You never know what he’s going to throw, but I’m going to be aware of everything and I’ve been training a lot for things like that. I think it’s going to be a very exciting fight for both of us because he doesn’t know what I’m going to throw and I don’t know what he’s going to throw. It’s going to be pretty interesting to see.”

Yet perhaps more importantly than putting on an entertaining fight, Rodriguez has another platform to let the folks back home know that he and his peers aren’t reckless brawlers, but true athletes in a sport that has often received a bad rap.

“I hope I change people’s opinion of the sport,” he said. “They used to watch the UFC or MMA and used to think, ‘Those guys are animals, the worst.’ Some guy in Mexico called fighting criminal, and it’s what I have to change. I want to show them that as professional fighters, we’re here for success and we train as hard as any athlete or even harder than that.”

No wonder Rodriguez looks so serious when it’s time to go to work. Simply put, there’s so much more to be done.

“I try to keep my life real,” he said. “I don’t want to be up there thinking crazy stuff. I try to keep myself down here on Earth with positive thoughts and I want to keep working hard. Nothing’s happened yet. My goals are not there yet. This is just one more step, one more goal for me. Alex Caceres is my next opponent, a tough guy, and I respect him a lot, but my goals are farther than this, so I’m going to try to win this fight and then move forward.”