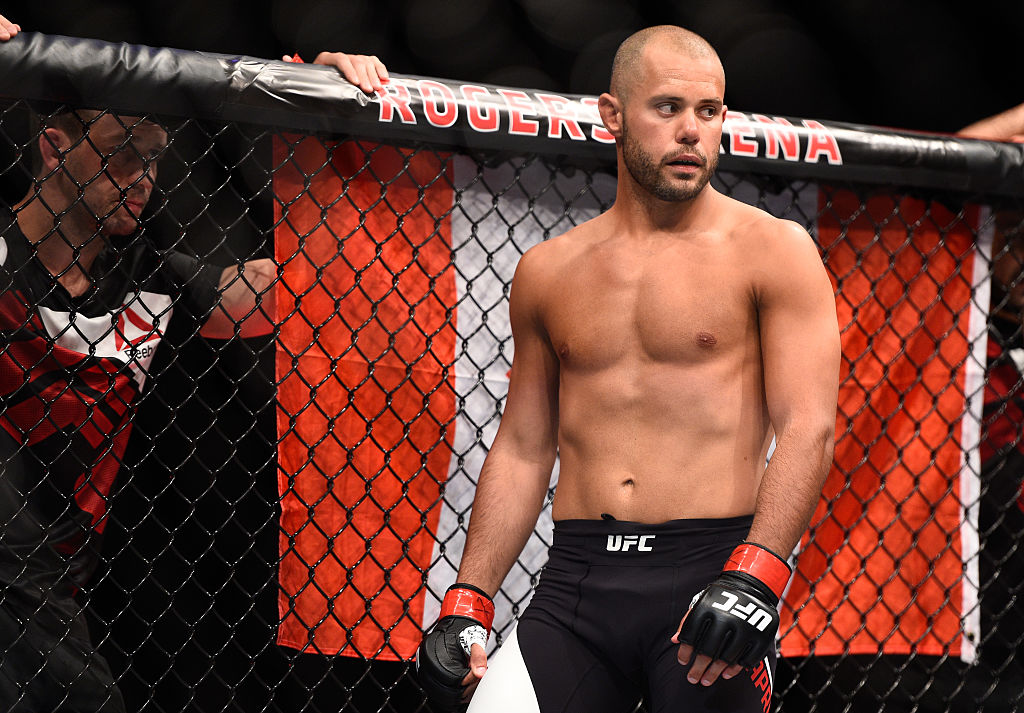 Former TUF Nations winner Chad Laprise snapped a two-fight losing streak in his Fight Night Vancouver bout against Thibault Gouti on Saturday, halting the TUF 22 competitor in the first round at Rogers Arena.

Laprise and Gouti both got down to business early, but as Gouti got a little lax with his defense while moving in, a right hand dropped the Frenchman hard to the canvas. Gouti appeared to weather the follow-up storm as he rose to his feet, but a left hand put him back down, prompting referee Kevin Dornan to step in and stop the fight at 1:36 of the opening stanza.

Ontario’s Laprise, now 12-2, came in overweight for the bout at 159 pounds, but said he will be moving to the welterweight division for future fights. Avignon’s Gouti falls to 11-3. 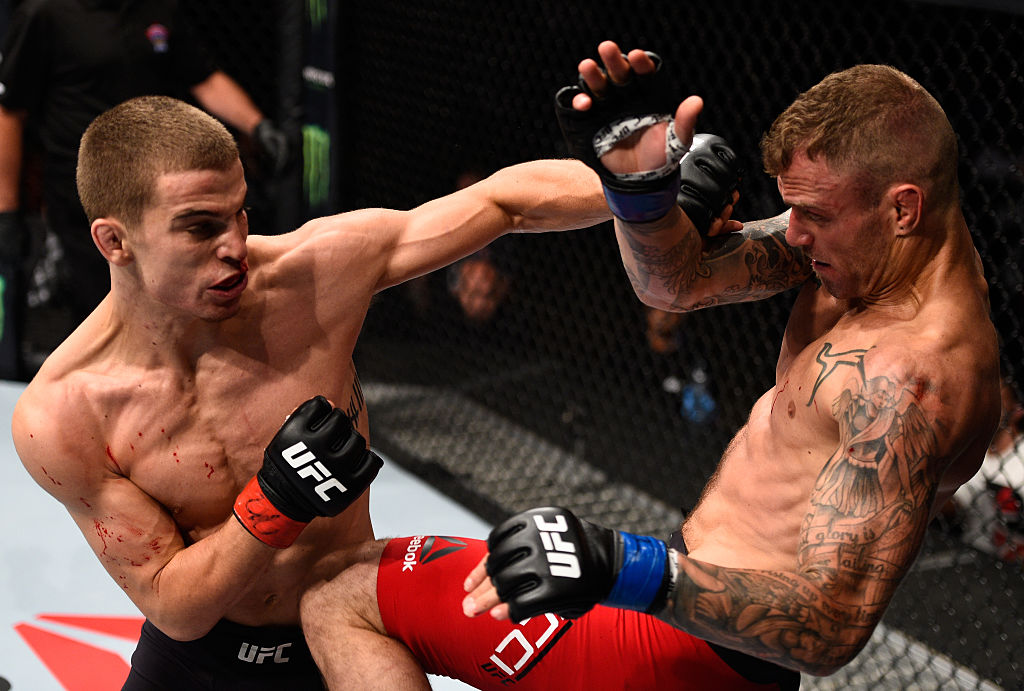 The first round was largely fought against the fence, with both fighters battling for position. Ontario’s Ricci got in some hard knees to the body, but Kennedy did get in some shots of his own while also scoring a takedown.

Kennedy controlled much of the clinch work in the second, and his takedowns may have allowed him to break open the competitive action as Ricci tired, and his advantage got only more pronounced in the final frame, as he clearly secured his first UFC win by scores were 30-27 twice and 29-28.

With the victory, Kennedy moves to 9-0; Ricci, a late replacement for Josh Emmett, falls to 10-4.