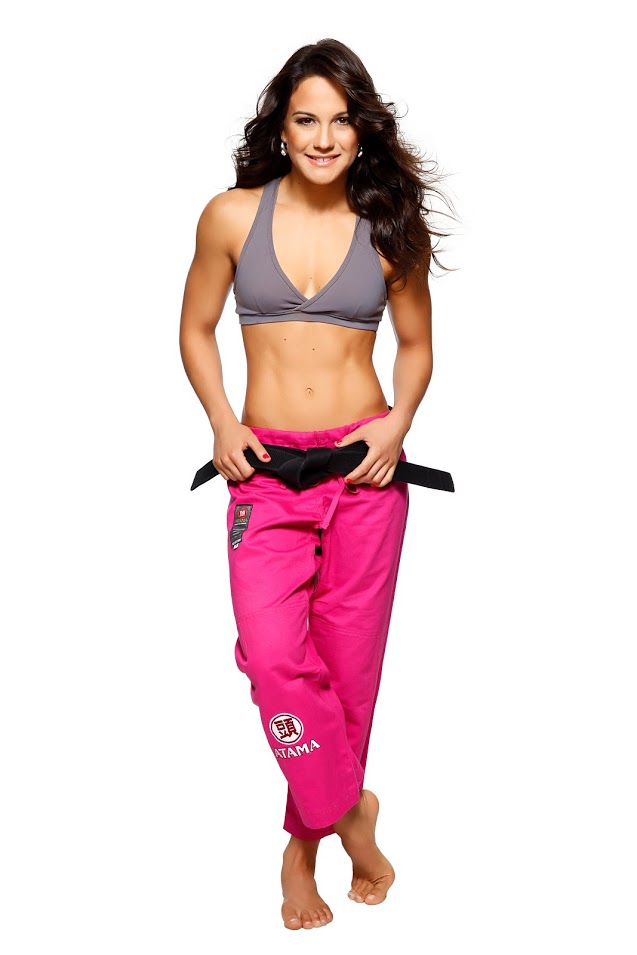 This should not come as any kind of surprise, but Kyra Gracie’s one-year-old daughter Ayra already has a Jiu-Jitsu gi. That’s the Gracie way.

“She just started walking now, and I put the gi over her and then I play around with her on the mat,” the proud mother said. “She doesn’t know anything yet, but she’s getting used to it. I put her on the mount position and she laughs a lot, so I think that’s a good way to start. It’s just a playing area for her. And in the future, she will be fighting for sure. I hope so.”

Gracie laughs, probably reliving moments from her own life, where her last name largely dictated how people initially viewed her and what was expected from her. If you were a member of the first family of Jiu-Jitsu, and later MMA, you were going to hit the mat. That didn’t mean you needed to choose it as your life’s work, but you at least had to learn your family’s version of the Gentle Art.

“Once you’re a Gracie, if you decide to do Jiu-Jitsu, you gotta be tough,” she said. “I always wanted to represent my last name really well and I always trained hard, because no matter if I win or lose, I would go there to win. I wouldn’t fight at 30 percent or 50 percent. I would only fight a hundred percent and do my best.

“As a Gracie, there are a lot of expectations from everybody,” she continues. “People want to watch you, people want to beat you. But I grew up like that, so I don’t know how it is not being a Gracie. (Laughs) You have to deal with it. When I went to school, I was the Gracie of the school, so it was ‘that girl, she’s a Gracie.’ Those people were kind of afraid of me, but I grew up like that so you have to deal with the pressure and represent well.”

Today, at 30, Rio de Janeiro’s Gracie is the first lady of the fighting family. A third degree black belt with multiple world championships and ADCC gold medals, Kyra is one of the finest grapplers on the planet, yet her standing in her sport has not placed her on a pedestal where she is removed from being just like everyone else. Like her uncle Renzo, Gracie is an affable and graceful ambassador for her sport, and there’s an empathy there when she discusses her fellow athletes.

This is abundantly apparent when watching her new UFC FIGHT PASS show The 3rd Degree with Kyra Gracie. The premise is to send Gracie around the world to immerse herself in various martial arts and tell the stories of the athletes at particular gyms and dojos. That’s the key right there – this isn’t a technique show; it’s much more than that.

“Technique you can pretty much see all over,” she said. “You can go on YouTube and learn a technique. (Laughs) I wanted to show what it really takes to be a fighter. How it is, how they live, how hard it is to succeed in the sport and to show the essence of the martial arts. Why are they making this sacrifice to be a champion? Why are they giving up everything and moving from where they live to go to Mexico to train? I really wanted to know why. Most of the time they don’t have sponsors, it’s hard to get money, so they’re just there for a dream. And that’s my main goal of the show, to show these fighters. Imagine if they succeed in the future, it would be awesome seeing this ten years from now. And if I just show boxing or technique, it would be just another show. I wanted to do something different.”

She has. While the first episode focuses on Jiu-Jitsu in her native Brazil and is a compelling look at two gyms and the legendary Gracie Challenge, it’s still something that’s in her martial arts wheelhouse. The second episode shakes that up with a visit to Mexico City and the Romanza Gym, home to renowned trainer Ignacio “Nacho” Beristain, who has worked with several world boxing champions, including the Marquez brothers.

“The good thing about the boxing episode was that I was there as a white belt, to learn everything from them,” Gracie said. “And I could see that with a lot of things from my background and my competitions, they have the same feelings that I used to have when I competed. So it was nice to see that for every athlete, there are a lot of similarities. And on the other hand, I could learn different things. Beristain has a different approach. If you see the episode, there are no luxuries in the gym, and he really knows who has the heart to be the champion.”

The episode follows Gracie and two such hopefuls, with looks into their lives that go beyond what happens in the gym or 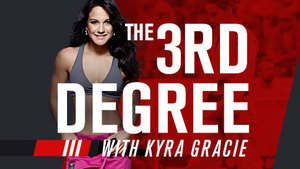 on fight night. It’s not all sunshine and roses, but it’s a real look at a hard game, and Gracie certainly left Mexico City with some insights she didn’t have when she arrived at Romanza.

“I used to take all my family to the tournaments – my mom, my sister and everybody,” she said. “And when I got there (to Romanza) I asked them (the fighters) ‘do you take your husband or your sister,’ and they were like ‘no, never. We don’t take our family to our work because we don’t focus right.’ And I was like, ‘you know what, that’s right.’ (Laughs) Sometimes I used to go with my mom, and she’s a Gracie but she didn’t train much, and for her to be there, I would be like ‘I’m fighting here, my mom is watching, I gotta do well.’ There’s a lot of pressure on your mind. So he (Beristain) taught me that and he told me that in Mexico, people are very religious. I asked ‘how religious are you for the fight; do you pray before?’ And he said ‘Here, we don’t have to think about praying. If you train hard, then you’re going to get what you deserve. If you don’t, it doesn’t matter if you pray or not.’ It was a different approach and it was really nice to learn from him. He’s trained legends of boxing and a lot of world champions.”

Beristain also gave Gracie some pointers, and she looks like she has some hands, leading to the question she’s heard a million times before: is MMA in her future? It’s a valid one, especially given that her side of the family produced three Gracies known as the truest of true fighters – Renzo, Ryan and Ralph.

“I grew up with Ryan, Ralph and Renzo in the same house,” Kyra said. “Imagine my house. (Laughs) They were either training or they were fighting for something.”

So will we ever see her with four-ounce gloves?

“MMA was always something that I wanted to try, and I was training for MMA and then I got pregnant,” she said. “I had a baby, she’s one year old, so life is hard to plan. But I competed my whole life. I grew up watching MMA fights before, when it was vale tudo. I was a little girl walking around and watching my uncles and my cousins fighting, so it’s in my DNA. And when I train, I feel like fighting, but it’s hard to say that I will fight. It can happen; I have a kind of desire in my heart.”

Her restraint is admirable, especially since a move to MMA with her name, accomplishments and marketability would be a lucrative one. But as she makes clear, if she fights, it will be for reasons more than money.

“If you fight just for money, you’re not going to go far enough,” she said. “You have to fight for the things I showed on the show. You have to fight for yourself, for something you have inside. Otherwise, then it’s done. I always fought in Jiu-Jitsu because I wanted to show that a Gracie female could succeed in the sport, to be a black belt, and to be a world champion. It was always something for myself, for my family, and it was a passion for me. So if I fight MMA, this has to be the feeling.”

And in the meantime, The 3rd Degree will keep her busy, as the plan is to kick off 2016 with visits to Japan (judo and taekwondo), the United States (wrestling), and Thailand (Muay Thai).

“We’re going all over,” she laughs, but that’s a good thing, because this is a series you’ll make time to watch once you see one episode. If you do, expect Kyra Gracie to keep on making them.

“The show is something I always wanted to do,” she said. “When I used to compete in Jiu-Jitsu, I always wanted to travel all over to train all the martial arts. So this was like a dream come true, and it’s good because here in Brazil when I host some shows, I have to practice all the things that I have to say, and this and that, and with this, I just have to be myself and train.” 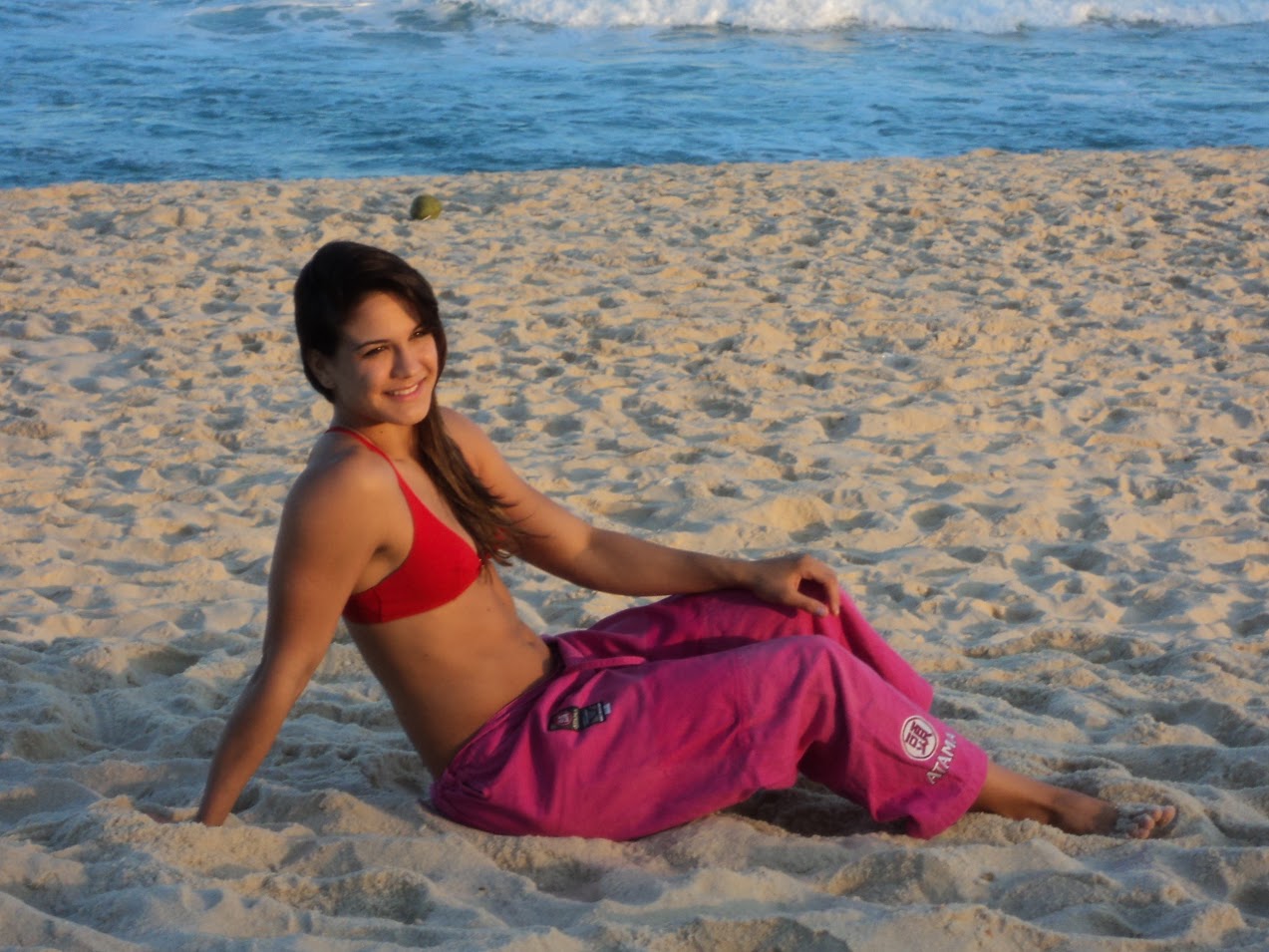