Kyler Phillips: Ready To Make His Way To The Top

Bantamweight Kyler Phillips Won't Let Anyone Get In The Way Of His Goals And Dreams. "The Matrix" Is Prepared To Put On A Show At UFC Fight Night: Sandhagen vs Dillashaw
By THOMAS GERBASI, ON TWITTER: @TGERBASI • Jul. 22, 2021

It’s been a long time since Kyler Phillips has made the walk to the Octagon.

Actually, it isn’t, but after a March victory over Song Yadong pushed him from prospect to contender in the UFC bantamweight division, it’s felt like quite the wait to see “The Matrix” back in action.

“It's only been three months, but it feels like it's been forever,” laughed Phillips last month. “I just want to get back in there. I've had longer layoffs, where this has actually felt like a longer amount of time.”

Maybe it’s because it took him so long and through so many twists and turns to get to the UFC that fight fans want him to make up for lost time, but at only 26, the Arizonan is right on time to make his run at a championship in the coming years. And when you’ve been doing this in one way, shape or form since the age of six like he has, another couple weeks or months aren’t a big deal.

“Since I was six years old, I've been doing exactly what it takes in different arts and with different skill sets,” Phillips said of his martial arts journey. “I've been training my mind, my character-building skills, the heart, and I've been really pushing myself to test myself as a human being. There's so many repetitions that you put in that have been unseen; people don't see all those reps, all those people are not there with you in the gym for years. They just see the fight and that's it. They see the win or the loss; they just see the show, and that's cool. I love the people, I love the crowd, but I also love doing it by myself without anybody watching.”

That mindset kept Phillips on track when a 46-second knockout of James Gray Jr. on season one of Dana White’s Contender Series in 2017 didn’t garner him a UFC contract, or when a loss on season 27 of The Ultimate Fighter to eventual season winner Brad Katona kept him from the Octagon. Couple that with an upset split decision defeat to Victor Henry on a regional show in late 2018, and there were plenty of obstacles for him to overcome to get to where he wanted to go. But he overcame them.

“Some of these challenges are going to test your patience, where you gotta wait longer periods of time and see if you really want to do this,” he said. “Other things will test your mental toughness or seeing how much you can take as far as taking a beating and coming back. There are different types of abilities that you have to constantly sharpen if you want to be a champion and want to be at the top.”

In February 2020, he made it to the UFC, winning Fight of the Night honors for his victory over Gabriel Silva. Then came a blistering second-round TKO of Cameron Else that earned him a Performance of the Night bonus, and once he beat Song earlier this year, it’s safe to say that Phillips made a statement that he was ready for all comers at 135 pounds. 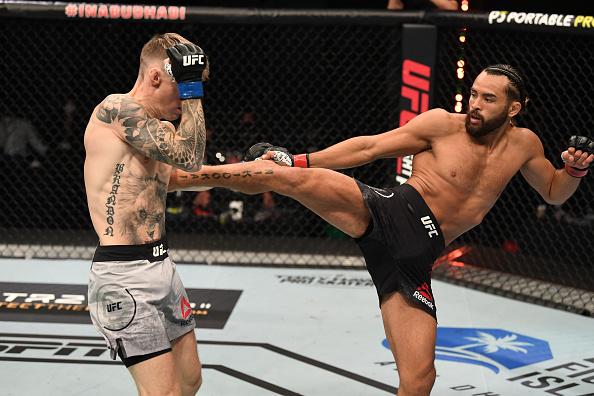 “I feel like every day I'm trying to make a statement,” he said. “Just being here and waking up and being able to do the things I get to do on a daily basis is a statement for me. I'm constantly looking for opportunities and this stage is a huge opportunity for me, so whatever it gives to me, I'm gonna make the best out of it. That fight (with Song) is gone in the past and we learn from that, and I won and did awesome, but let's carry on to the next fight - a new opponent, a new guy and I'm gonna do the same thing again.”

That new opponent was supposed to be perennial contender Raphael Assuncao, but when the veteran was forced from the bout due to injury, in stepped Raulian Paiva. The gritty Brazilian isn’t the name Assuncao is, but the way Phillips sees it, a fight’s a fight.

“Of course, I'm human and I'm gonna get pissed off when I get an opportunity like that and it doesn't happen, but my mind and heart said, ‘Hey, on this path, I get to fight on the biggest platform and show who I am as a martial artist and a fighter and get to test myself, so whoever they give me, it doesn't matter.”

And, as a bantamweight, the platform is even bigger this weekend, with four bouts, including the Cory Sandhagen vs TJ Dillashaw headliner, taking place in the men’s 135-pound division. If you’re a UFC bantamweight, you’re watching those bouts. 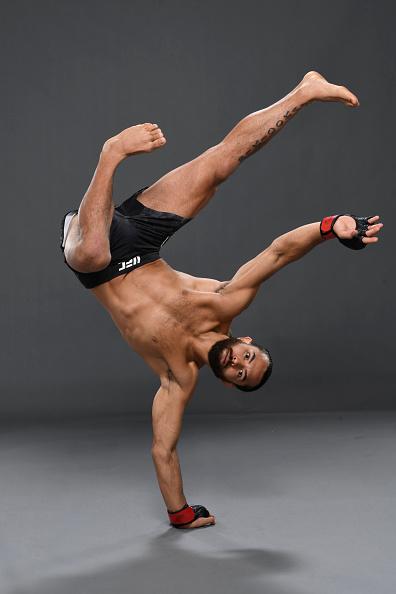 “All those guys being there, I can feel that energy, but I'm not actively thinking about it,” Phillips said. “I don't care about that; I'm gonna go and perform in my fight against the dude that's standing in front of me and in front of my dreams and my goals to get that belt, and we'll worry about the other people later.”

That’s serious stuff from a serious young man. Well, maybe not that serious.

“I would say I'm a very serious fun guy,” he laughs. “This game is super serious, but I'm a having a hell of a ride. I'm having so much fun.”