Kyle Watson reveals a wild story from the TUF house during season 12 that never made air waves
By Walker Van Wey • Jun. 24, 2020

While being the most composed member of The Ultimate Fighter cast has its perks, TUF 12’s resident elder statesman, Kyle Watson, said he sacrificed his personality to do so.

It was more observe and report than rule with an iron fist for Watson as he starred alongside Michael Johnson, Alex Caceres, Johnathan Brookins and more in the twelfth season of the reality series. Watson came in with one of the most respected jiu-jitsu pedigrees in the show’s history and plenty of bouts under his belt, so the competition aspect of TUF was no issue at all. It’s the struggle in juggling personality vs strategy that Watson had trouble with.

“I wasn’t really worried about the camera attention,” Watson said. “I would give advice where I could, but it was a weird dynamic because you didn’t want to show your full hand either because you’re going to fight the guys on your team, too. It was one of those things where we got to be good friends but everybody’s still kind of left part of themselves back.”

Looking back on the experience, the man who was narrowly beat by eventual season 12 winner Jonathan Brookins says it would have been nice to have built up his brand a little more, but that wouldn’t change much about the season. 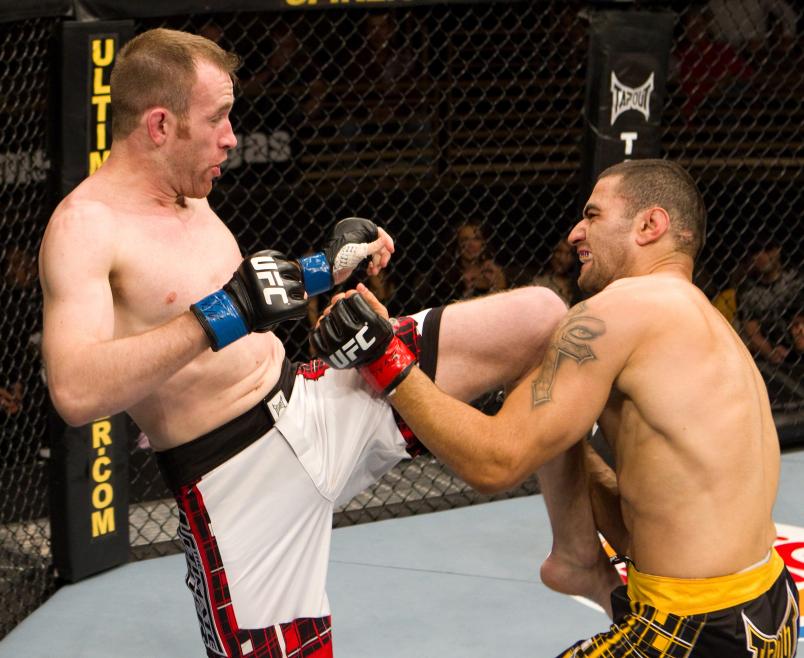 Looking at it through one lens, some fighters who finished far lower in the show did go on to have longer runs at the highest level than Watson. On the other hand, others who let their freak flag fly paid dearly in some cases.

“The thing I was surprised about the most was when Spencer Paige got his jaw broken by Jeff Lentz,” Watson said. “Not during a fight, just at the house.”

To quote Cool Hand Luke, “Sometimes nothing can be a real cool hand.”

A moment that didn’t make the cut, Watson remembers, clear as day, when a depressed, alcohol driven Paige seemed to be flying off the handle and taking others with him after a broken arm at the hands of a  loss to Nam Phan sidelined him for the remainder of the show.

“He gets drunk and it was his own fault,” Watson explained. “I really do like Spencer, he’s still a good friend of mine, but he was talking a bunch of smack after he drank too much. He started talking smack to Jeffrey Lentz telling him there’s no way he could ever knock him out if they fought.”

Time after time Lentz shut down the topic but had finally had enough and although he was right that Lentz couldn’t knock him out, being right may have been the worse option in this case.

“The thing that Spencer did that didn’t work out in his favor was he turned his head and braced his chin against his own shoulder which meant there was no give for his head to turn,” Watson said. “If he didn’t do that, he might have gotten knocked out but I’d much prefer that over a broken jaw. He put his chin to his shoulder and let Jeff take a full swing and it just split his jaw right in half.”

The real blow comes from knowing that what could have been a viral moment didn’t even make it on the show.

Watson never went out of his way to assume the role of team leader. Every fighter in the house had his respect and he was just lucky enough that he had theirs as well.

Watson made his way into the UFC after his third-place finish in TUF but it was a very brief stay and after two fights he was back to the regional promotions. It wasn’t long after that, that Watson fought his final mixed martial arts bout. Since retiring from fighting, Watson has kept the sport close by opening a gym in St. Louis, MO.

With classes filling up so fast that Watson Martial Arts has had to level up twice, his skills as a martial artist continue to garner the same amount of respect they did when he walked in the TUF house, despite a large amount of his students never knowing he did walk into the TUF house. 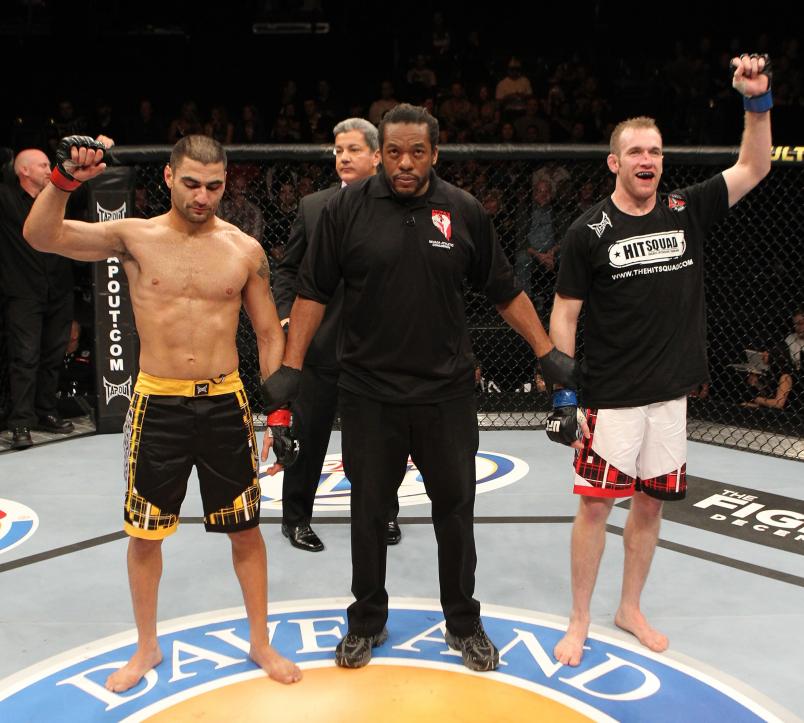 “There are a lot of people who, if they’ve joined in the last couple years, they wouldn’t even know,” Watson explained. “I just had a guy in the gym the other day who had been a member for a while and he saw my Ultimate Fighter sign on my boss’s door and he goes, ‘You were on The Ultimate Fighter?!’”

The submission ace may have had better showings than his final bout in the Octagon, when he was on the wrong end of a John Makdessi highlight reel knockout, but his ability to shrug losses off as “part of the game” have earned him the respect of competitors, coaches and now students of his own.

With students under him fighting and grappling in regional circuits across the country, Watson knows the value of the wisdom he gained in the TUF house but still continues to hold back the ability to insert his opinions. As a result, his students have adopted the same mindset.

“I think that my gym is an example of things going from the top down,” Watson said. “I lead by example; I train guys to be humble and give credit where credit is due and I’m not one of those talk trash kind of guys.”

Post-fight life has been a success for Watson. No regrets, no dark places. As the gym grows, so does the talent and it’s only a matter of time before another St. Louis fighter comes alive. It just might be a product of Watson Martial Arts. If it is, there’s no plan of controlling his students’ next move or living through his fighters but, for their sake, a word of advice will be issued.

“They know I think the skills should do the talking, however, having been on The Ultimate Fighter and knowing that I wasn’t the most exciting fighter, if I were to advise them I would say to still be honest to yourself,” Watson explained. “Don’t do anything that would go against your character and integrity, but if you have ways to amp up the flair and be funny and get some attention, do that more than I did.”

For all the clashes, fights and rivalries of TUF 12 sign up for UFC FIGHT PASS TODAY!