Kyle Prepolec is ready to make another run at competing on the sport’s biggest stages.

The 32-year-old from Windsor, Ontario had a cup of coffee with the UFC in 2019, dropping his short-notice debut against Nordine Taleb in May before landing on the wrong side of a unanimous decision verdict in a fight with Austin Hubbard four months later. He was released soon after and went on to spend the next two years getting healthy, waiting for a chance to step back into the cage.

Soon after his fight with Hubbard, Prepolec, who takes on fellow UFC vet Shane Campbell in the main event of Unified MMA 43 on Friday night at River Cree Casino and airing exclusively on UFC FIGHT PASS, was diagnosed with rhabdomyolysis, a potentially life-threatening condition where skeletal muscle breaks down rapidly.

Normally found in persons suffering from crush injuries, strenuous exercise can also be a cause, with possible symptoms including muscle pain and weakness, an irregular heartbeat, and even kidney failure.

“The bad I would say is obviously the long wait, everything going on with the world with COVID and the pandemic and all of that,” Prepolec said when asked the pros and cons of his two-year absence, which ended with a split decision victory over Michael Dufort back in November. “The pros of it would be that I was able to get it my rhabdo issue figured out by getting a little biopsy surgery done.

“I’m a totally different person as an athlete,” added the healthy veteran, who carries a 15-7 record into his battle with Campbell on Friday night. “The differences are night and day in terms of being able to perform the way I want to perform, not where I can’t use my legs or move and maneuver and be as athletic as I should be; any of those things. 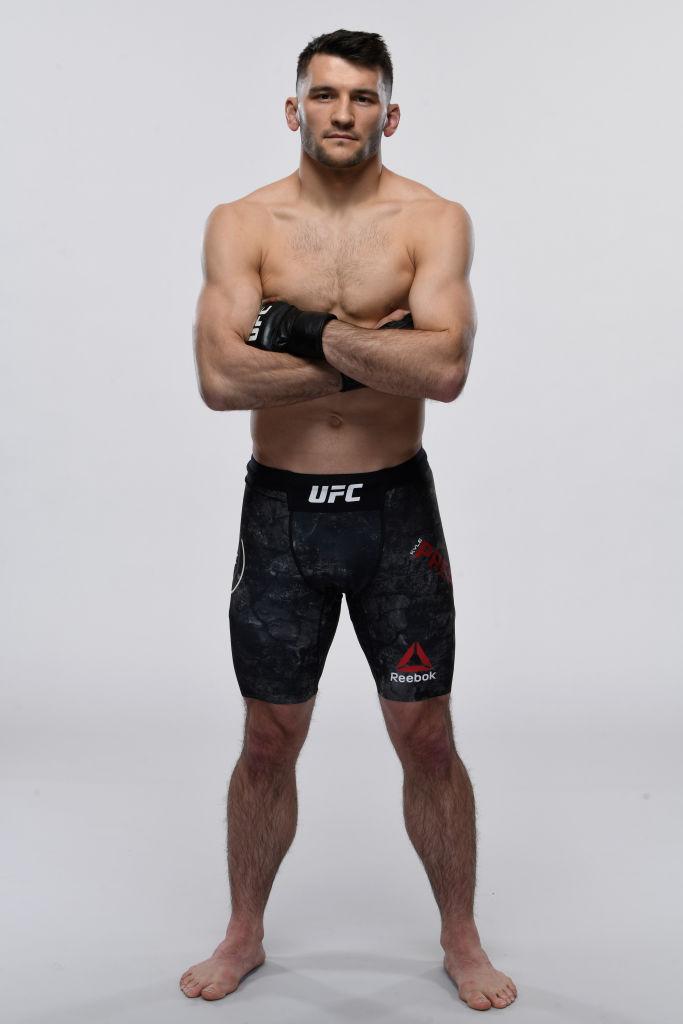 Kyle Prepolec of Canada poses for a portrait during a UFC photo session on May 1, 2019 in Ottawa, Ontario, Canada. (Photo by Mike Roach/Zuffa LLC/Zuffa LLC via Getty Images)

“Being rhabdo-free and having that figured out, I’m able to stay strong, stay explosive, stay athletic and be the complete mixed martial artist that I can be.”

And that’s someone who is capable of competing on the biggest stage in the sport.

“I was kind of hoping I would get a third fight just to prove that I was back and everything was good,” Prepolec said of his UFC experience. “There is always a chance to get back in there, and now I just have to prove that I’m worthy of being at that high level again.

“I just have to showcase myself and do what I need to do in order to prove to them — and also myself — that I am one of the best in the world and I do belong in the top leagues.”

Friday’s clash with Campbell and main event assignment under the Unified MMA banner are the kind of combined one-two punch that could potentially jumpstart that process.

One of the cornerstone promotions on the Canadian mixed martial arts scene, five athletes have used Unified MMA as their launch pad to competing inside the UFC cage, including heavyweight Tanner Boser and middleweight KB Bhullar, who faces off with Strahinja Gavrilovic in the penultimate bout on Friday’s fight card.

Campbell logged one appearance inside the Unified MMA cage in the lead up to his five-fight stint on the UFC roster, but has become a fixture in the promotion since his release, posting eight straight victories for the Alberta-based outfit and becoming a main event mainstay.

“With Unified, everyone knows what Unified is,” said Prepolec, who previously competed for a host of different Canadian promotions, including Wreck MMA, the Score Fighting Series, PFC, and BTC before getting called to the Octagon. “Unified MMA is something that has been there and they’re still doing it, and only getting better. They’re one of those leagues where it’s like, ‘This guy has been fighting in our promotion, he’s gotten huge exposure, and you guys should sign this guy,’ and that’s for any big league, whether it’s North America or Europe or Asia.

“You fight for Unified, you know you’ve got eyes watching you,” he added. “I’m very blessed for this opportunity and I almost want to say it’s a privilege just because of how amazing the opportunity is, especially with everything going on, as I said. I’m really blessed and I appreciate it, big time.

“And competing against Shane — he’s as elite as it comes. If I’m able to put on a show and beat him the way I beat my last opponent, the sky is the limit; the world is yours. All the hard work will pay off.

“Fighting a former UFC vet just shows I’m still this high-level, this caliber, and I think we deserve our spot and this is our time to shine.”

It was a long road back to competing for Prepolec, but after putting his medical issues behind him and getting back into the win column back in November, “Killshot” is more than ready to use this opportunity on Friday night to show that he’s healthy, he’s hungry, and he’s ready to compete against the best in the sport once again.

“Beating Shane — who is already a big name, who is a great athlete, who is a great fighter — is as important as the last fight,” said Prepolec. “Just like that fight and whatever fight comes after this, this is the most important fight for me.

“Obviously I want to go for a finish because that makes it that much more impressive, but it’s mixed martial arts, so I could finish it with a submission or ground-and-pound. Or I could knock him out, or maybe he survives and we go to the distance, but it could be any of those ways.

“Beating Shane goes to show that I’m the best in Canada that isn’t signed to a big league, so let’s get our shot back.”