Kyle Noke has found a new groove at welterweight 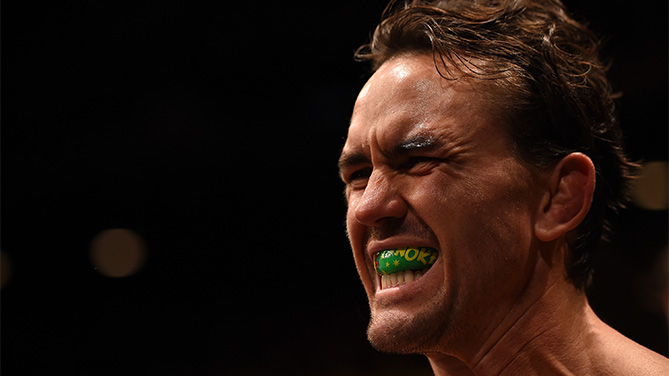 Kyle Noke has found a new kind of groove and that’s bad news for the rest of the UFC’s welterweight division.

While the Australia-born veteran has been no stranger to rough and tumble scraps inside the Octagon over the past five years, the Jackson/Winkeljohn product has shown a more dangerous side of his skill set as of late, as he has put together one of the most impressive runs of his career. The Ultimate Fighter alum has notched victories in all but one of his past four performances, and he looked impressive in each of those winning showings.

Furthermore, all four of his most recent fights have come at his new home in the welterweight division, and Noke’s ability to adapt to the faster, lighter weight class has been another notable turn over the past 3 years. Even though a long layoff resulted in a rough performance against Canadian MMA staple Patrick Cote back in April of 2014, Noke has obviously shaken off the rust as he’s earned back-to-back victories against tough competition.

“It’s about getting the confidence back and feeling great again,” Noke said. “All the injuries that kept me out of the cage were difficult to deal with, but I stayed the course and kept working hard. I didn’t want to just come back and fight; I wanted to come back and prove that I can be a contender. I honestly feel great about everything right now.

“I feel like I’m in a new rhythm. Like I said, the injuries just wreaked havoc on me. They weren’t hitting once a year or once every couple of years, they were coming one right after the next. I would train hard in between and the moment I felt good enough I would go out and get a fight. It wasn’t the right approach and I think my performances suffered because of it. But now that my body is feeling 100 percent and I’m rattling off these fights straight away, I feel great and now I just need to go out there and get the win.”

The most recent victory came in spectacular fashion, as Noke shut down Peter Sobotta with a devastating body kick then finished off his opponent in front of a raucous crowd filled with his countrymen in Melbourne. And while the win was Noke’s second consecutive successful showing on his native soil, his Performance of the Night stoppage had a little something extra on top of it.

“It felt awesome to be honest. I trained hard for that fight and that kick was something I knew was going to be there. I was patient and stayed active until I found my opening and then I jumped all over it. I threw that kick and it felt amazing to get the finish and the win that night.”

With his momentum rolling at full steam, Noke was eager to get back into the Octagon and he was excited when the promotion brought an established name in his direction. The hard-charging Aussie was initially slated to face former TUF winner Kelvin Gastelum on the Pay-Per-View portion of UFC 195, and it was a fight that had the potential to launch the winner into the next tier of the talented 170-pound division. 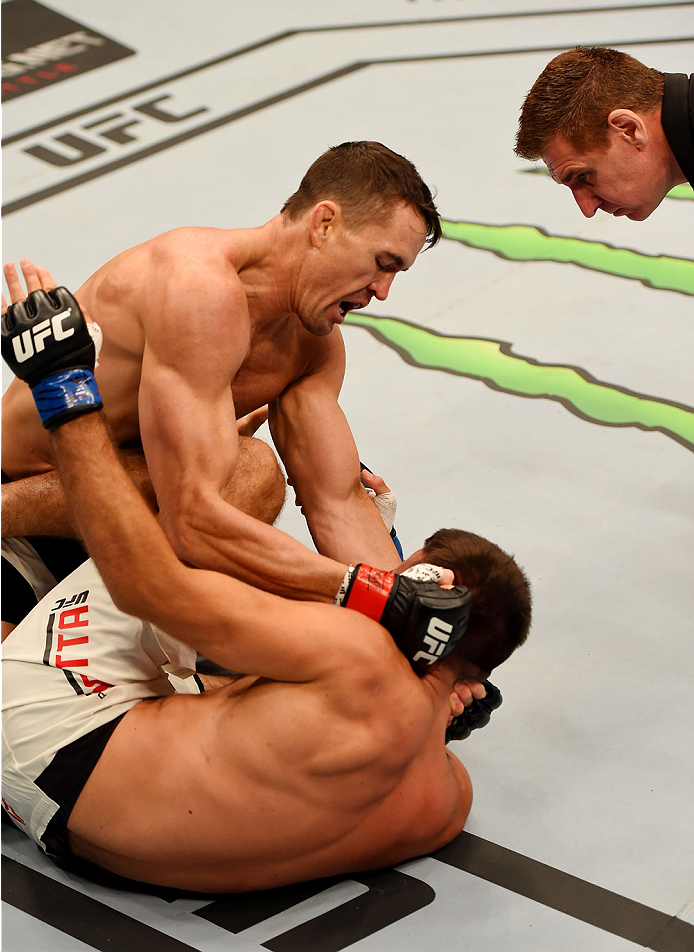 Unfortunately, Gastelum suffered an injury that forced him to withdraw from the tilt, and he was replaced by promotional newcomer Alex Morono. And despite how much Noke wanted to mix it up with Gastelum, simply being able to jump right back into action so quickly is higher on the list of his personal priorities. After struggling for several years to keep his body in a healthy enough state to perform at his best, Noke is fired up to keep things rolling.

“I really wanted to fight Kelvin [Gastelum] and even called the UFC to tell them we could still do the fight and push it back to March in Australia, but I’m happy to still be fighting on this card,” Noke said. “At this point, it really doesn’t matter who I’m fighting. It’s more about being able to fight. I just want to get in there and fight. The change of opponent doesn’t bother me. A fight is a fight.

“I just want to fight and that’s basically it. I felt I was reaching the peak of my career a few years ago, but then got hurt and slid all the way back down again. That really sucked for me but I feel like I’m back on track again. This year I want to rack up as many fights as I can.”

When Noke steps into the Octagon to face Morono this weekend in Las Vegas, he will find his career at an interesting juncture. After overcoming adversity and setbacks he’s battled back to re-establish his footing on the sport’s biggest stage when many in the MMA world were ready to count him out. That said, simply being a competitive fighter in the UFC isn’t going to satisfy him.

After closing out 2015 with one of the best finishes of his career, Noke wants to jump start his campaign in the new year in similar fashion because it will go that much further to prove that he’s a far different fighter than he once was.

“I definitely feel I’ve evolved and changed, and all the hard work I’ve been putting in is paying off now,” Noke said. “I work hard to keep progressing from fight to fight and I think my improvements are going to show in my next one, for sure.”