Kyle Daukaus Realized Where He Stands

Kyle Daukaus wasn't able to get a victory in his short notice UFC debt against Brendan Allen, but he was able to discover that he belongs competing with the best the UFC has to offer.
By Gavin Porter, On Twitter @PorterUFCNews • Nov. 20, 2020

Kyle Daukaus was all for being thrown into the deep end.

The Philadelphia product had been waiting for his shot at the UFC for years after competing in Cage Fury FC and appearing on season three of Dana White’s Contender Series. So, when Daukaus received a short notice offer to fight the surging Brendan Allen at UFC Vegas 4, he didn’t hesitate to take the fight for even a moment.

Daukaus would go on to drop the bout against Allen, suffering his first defeat as a pro in a very competitive back-and-forth fight. The impressive performance let UFC brass and MMA fans around the world know that Daukaus (9-1) can not only hang in there with top prospects at middleweight but push them to the brink.

Now, as he prepares to make the walk to the Octagon at the UFC APEX on November 21, he feels more prepared than ever. 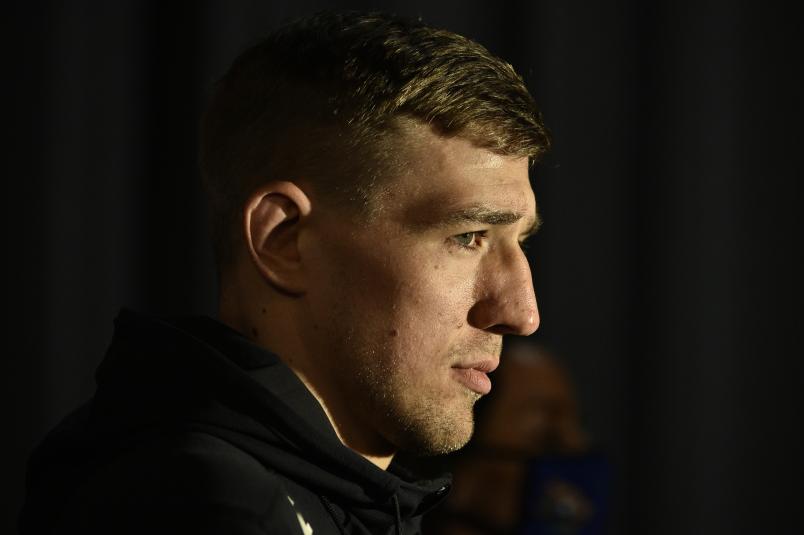 “Brendan Allen was supposed to fight a top 15 guy, but he got me instead and I put it on him pretty good. I learned what caliber of fighter I am, and it just showed where my talents can be in the division,” the 27-year-old Daukaus told UFC.com. “I got a good eight-week camp for this fight with Dustin [Stoltzfus] and I’m feeling great. As long as I’m training and I have a full camp, I’m confident I can compete with anyone.”

Daukaus found out he was facing Stoltzfus at UFC 255 while he was on UFC Fight Island cornering his brother, Chris Daukaus, for his heavyweight showdown with Rodrigo Nascimento. Chris would go on to earn his second knockout victory of 2020 and put himself in an excellent position heading into 2021.

“There’s nothing like having someone so close to you being as successful as you are and we both have envisioned ourselves in the UFC and we’re both finally here, so it’s a chip off our shoulder,” Daukaus said about his brother’s success. “The work will still continue; we need to keep training hard and we can’t slack off or anything like that.” 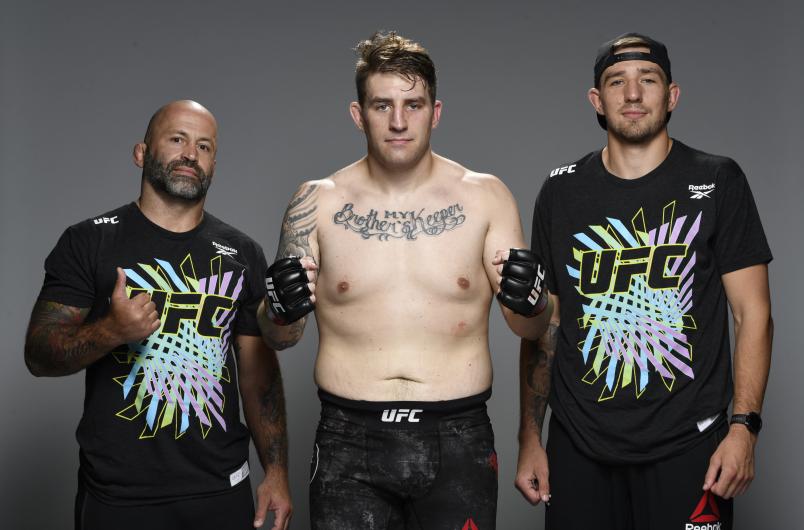 Chris Daukaus (middle) poses with his team, including his brother, UFC middleweight Kyle Daukaus (right) after a victory at UFC 252. (Photo by Mike Roach/Zuffa LLC)

It’s clear that Kyle is proud of what his big brother has accomplished in such a short time with the promotion, adding that he’s thankful that Chris toughened him up during their childhood years. With the focus shifting from Chris’ fight to Kyle’s matchup at UFC 255, it is evident that Kyle is locked in on giving the Daukaus family another reason to celebrate.

“I’ve been doing a lot of mental repetitions to focus on what I need to do to perform on fight night. In my debut I was calm and collected because I’d been [in the APEX] before for the Contender Series but in this fight [with Stoltzfus], I really want to get a finish,” Daukaus said. “I really don’t like letting it go to a decision. I’m just trying to go in there and get the finish as soon as I can.

“I’m going into this fight very confident and I’m ready to go.”

Make sure you tune into the UFC 255 early prelims to watch Daukaus face Stoltzfus at 6:30pm ET/3:30pm PT on UFC Fight Pass.