Injuries And Illness Behind Him, Middleweight Ready To Show His Own Version Of 'Polish Power'
By E. Spencer Kyte, on Twitter @SpencerKyte • Apr. 27, 2022

If he were more familiar with American idioms, Krzysztof Jotko might have hit me with the old “If it weren’t for bad luck, I would have any luck at all” line as we discussed his 2021 campaign ahead of his fight with Gerald Meerschaert this weekend in Las Vegas.

We had spoken roughly a year prior, when he was readying to return from a one-year absence following shoulder surgery and prepping to face Sean Strickland. Riding a three-fight winning streak, he saw the bout as a chance to force his way back into the rankings in the middleweight division, but things didn’t go his way, and not just inside the Octagon.

“I’ve had a problem for almost three years with acid in my stomach,” began Jotko, detailing the challenges he faced in the build to his fight with Strickland and through a challenging year overall. “My stomach very much bothered me before my fight with Strickland — I was vomiting all camp; I couldn’t get to weight and I really didn’t feel good for this fight. 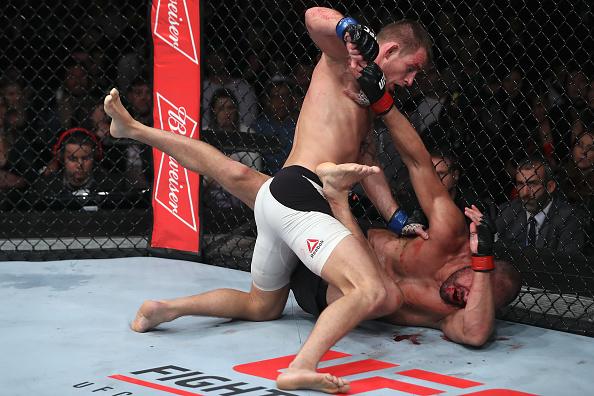 “I couldn’t eat all camp, I couldn’t train well, and I was vomiting every day of training. It was horrible, but I still showed up, still fought, but I was in the worst shape of my life, and he still didn’t knock me out.

“But sometimes, you can’t jump higher than you can, so I needed to make a step back.”

With his winning streak halted, Jotko next faced former Top 10 light heavyweight Misha Cirkunov, who was making the move down to middleweight for the first time.

“The last fight, with Misha Cirkunov, I was in horrible condition,” continued the Polish veteran, who scored a split decision win in the October encounter to get himself back in the win column and heading in the right direction again.

He explained that after contracting the coronavirus, he remained sick for a number of weeks, keeping him from being in the gym. Once he did return, a training session with his first UFC opponent, Bruno Santos, left him with broken ribs just four weeks before the fight.

Once again, the 32-year-old divisional stalwart turned up and did his best, edging out the Latvian-Canadian on the cards.

“I didn’t do sparring or wrestling for four weeks before the fight,” he said. “But I still showed up and beat Misha Cirkunov.” 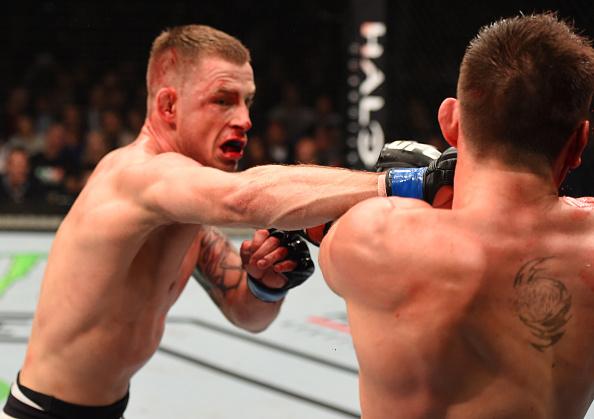 Some will read this or hear Jotko detailing the different ailments and maladies he dealt with last year and suggest that the veteran is offering up excuses for his performances; looking for a way to deflect from catching a loss against Strickland and struggling against Cirkunov.

But there is a difference between excuses and explanations, which is what Jotko is offering.

At no point does he detract from Strickland’s efforts or put forth any “I’d have won if I was healthy” arguments; he’s simply filling people in on the bits that transpire behind the scenes, the challenges he faced on his way to the Octagon last year.

It’s not done to minimize unfavorable results or try and prop up tepid performances, but rather to give fans a more complete picture of what these athletes go through and might be dealing with when they step into the UFC cage.

And thankfully, Jotko hasn’t been dealing with any such injuries or illnesses this time around, which is why he’s champing at the bit to get back to work this weekend.

Famously durable and one of the most experienced competitors on the roster, never mind the middleweight division, Meerschaert arrives in Las Vegas on the best run of his UFC career, having collected three straight submission victories to move his record to 9-6 inside the Octagon and 34-14 overall. 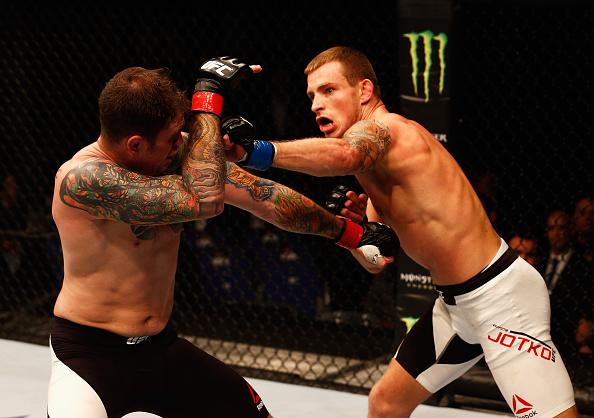 LONDON, ENGLAND - FEBRUARY 27: Brad 'Bear' Scott of England (L) tries to hold off the attack from Krzysztof Jotko of Poland compete in their Middleweight bout during the UFC Fight Night held at at Indigo at The O2 Arena on February 27, 2016 in London, England. (Photo by Dean Mouhtaropoulos/Zuffa LLC/Zuffa LLC via Getty Images)

The 34-year-old Wisconsin native is a tough test for anyone he shares the cage with, and his confidence is likely at an all-time high, but Jotko isn’t particularly concerned about the threats Meerschaert brings to the table this weekend.

“I’ve trained jiu jitsu with guys like Antonio Carlos Junior and ‘Buchecha’ (Marcus Almeida); Mateusz Gamrot, who is one of the best grapplers in the world,” said Jotko, who trains alongside those standouts and many others at American Top Team in Coconut Creek, Florida. “I’ll tell you the truth: they can’t choke me very easy.

“I can roll with them for five rounds and sure, they smash me, but they can never choke me. I think ‘Buchecha’ or Antonio Carlos Junior’s jiu jitsu is much, much better than Gerald.”

In addition to being bolstered by spending time on the mats with his elite training partners in advance of this one, Jotko is also motivated to avenge the losses of compatriots Oskar Piechota and Bartosz Fabinski.

“I know he’s a tough human blanket, and he beat two Polish people,” said the fired up Polish middleweight. “He choked them to sleep — they took a nap in the cage — and he choked another opponent that the UFC tried to make a fight with me, Makhmoud Muradov, so this fight is very important for me because I can go and show the Polish power, show I’m the better fighter.”

Now in his ninth year on the UFC roster, Jotko is proud of his accomplishments, happy to prove his detractors at home wrong, and focused on remaining with the company for the remainder of his career. 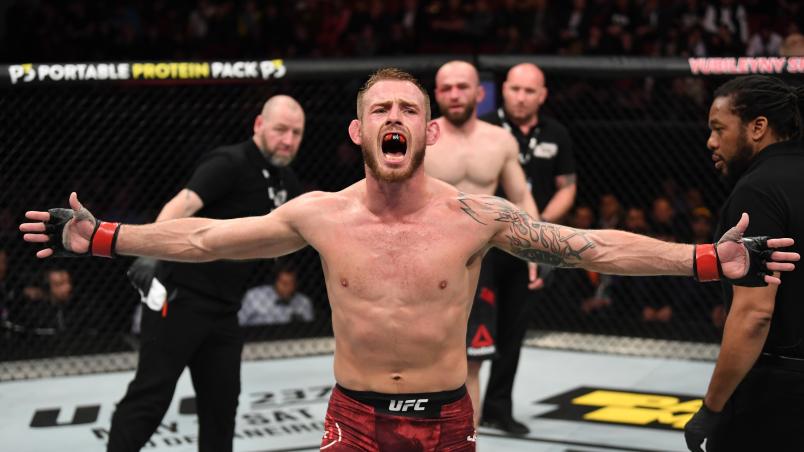 “I think I have the most fights in the UFC of all the Polish fighters,” said Jotko, who has logged 15 trips into the Octagon, beginning with his December 2013 debut against Santos in Brisbane, Australia. “When I signed with the UFC, the hate mail from everyone in Poland said they would cut me after two losses, but I did not lose, they did not cut me, and I’m still here.

The next step towards making that dream a reality comes this weekend in Las Vegas, opposite Meerschaert, and Jotko had a simple, chilly message for the man he’ll share the cage with on Saturday.

“I hope he’s ready for violence because I’m ready to fight,” he said. “I want to destroy him.”