Krylov vs Herman Set for UFC 201 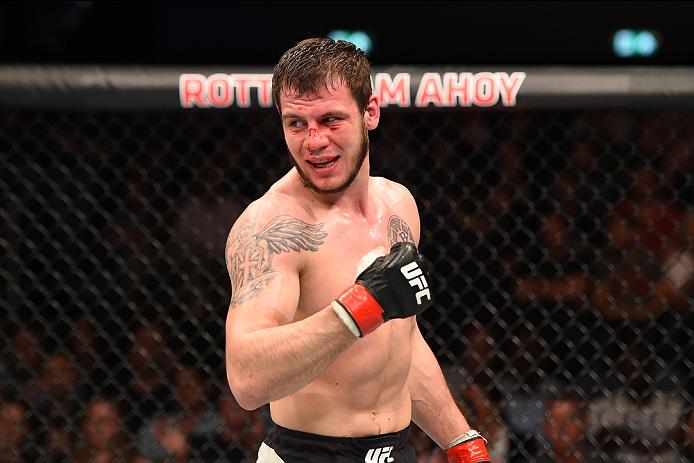 Despite a new nickname, it was business as usual for Nikita "The Miner" Krylov on May 8, as he picked up his fourth straight win (and finish) by submitting Francimar Barroso in Rotterdam.

Now, the rising star of the light heavyweight division will look to make it five in a row when he battles veteran Ed "Short Fuse" Herman in UFC 201 action on July 30.

Herman, a longtime middleweight contender, made a return to the 205-pound weight class in January and delivered an immediate statement with a Performance of the Night knockout of Tim Boetsch.

UFC 201, which is headlined by the welterweight championship fight between Robbie Lawler and Tyron Woodley and the flyweight title fight pitting Demetrious Johnson against Wilson Reis, airs live on Pay-Per-View from Philips Arena.